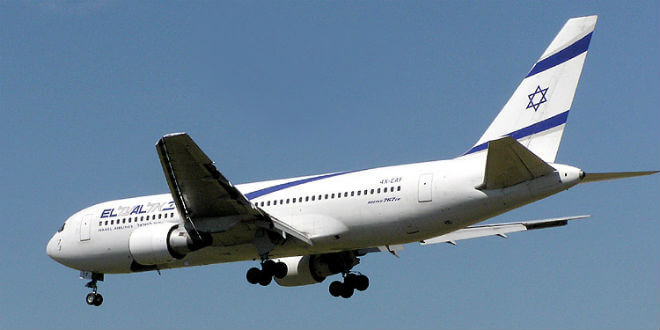 It was widely reported in many media outlets that rioting Ultra-Orthodox passengers aboard two Israel-bound El-Al flights on Friday caused an unseemly disturbance over delays but these reports were entirely inaccurate, hiding the airline’s gross disrespect of its passengers.

The two flights left New York for Israel on Thursday and significant delays of over five hours meant that the planes would land after sundown on Friday.

“The extreme weather in New York caused cancellations and delays of takeoffs for hundreds of flights for airlines, including El Al flights on Thursday evening,” the airline said in a statement to Hebrew media.

“Despite the many canceled flights we succeeded in getting flight 002 out of New York for our passengers, with a stop in Athens. El Al made sure passengers had a flight that same day that continued to Israel,” it added.

The Sabbath begins with sundown of Friday evening and continues until after sundown on Saturday night. Laws pertaining to the Sabbath are strict, prohibiting any form of travel except when necessary for preserving life. The observant Jews would have been transgressing while flying in the plane, though it might be argued their transgression was inadvertent. But upon landing in Tel Aviv after sundown on Friday, it would have been entirely forbidden to leave the airport or to purchase any food.

One passenger uploaded a video to Facebook and posted a description of the behavior of the religious passengers.

“After 24 hours to reach Israel, I am broken, broken mainly because of the lack of respect of people who are observant, who observe tradition and Shabbat, who took this issue a step too far,” wrote Roni Meital. “After six hours of flying, I suddenly heard screaming and saw a flight attendant crying after she was hit, pushed, amid threats they would break open the door to the cockpit.”

“I found myself standing and [physically] protecting flight attendants who were crying and who just wanted to catch their breath after the [violent] behavior toward them,” she wrote.

Times of Israel wrote another description of this behavior posted on social media by Shimon Sheves, a director general of the Prime Minister’s Office under former premier Yitzhak Rabin.

“Within a deep sleep, I hear shouts of ‘liars, fraudsters’ and hands waving and beating flight attendants who broke down in tears. If I didn’t see it, I would not have believed it,” he wrote.

One of the planes landed in Athens, permitting the observant Jews to debark and spend an unplanned Sabbath in Greece.  The second plane continued without any stopovers due to a medical condition of one of its passengers.

The airline released a statement criticizing the behavior of the religious passengers and stated it was pursuing legal action against at least one.

“It should be emphasized the company does not tolerate violence toward the [flight] crew and we will determinedly and without compromise act in accordance with the law against any passenger whom a complaint is filed against, as we have done so far,” El Al added.

Other eyewitness reports tell a different story and Yehuda Shlezinger, a writer for the Israel Hayomnewspaper who was on the flight that diverted to Athens, called the reports of violence “fake news.” Shlezinger posted a video on Facebook showing religious men singing joyously in the plane.

“I saw and documented flight attendants who decided to punish passengers and not give them service,” he wrote in a column for the paper.

Betsalel Steinhart, another religious passenger from the flight that landed in Athens, disagreed with El-Al’s version of the events. Stating that he did not witness any violence, he noted the clear bias of the social media posts.

Though the social media accounts blamed “Haredi” (ultra-Orthodox) for the disturbances, Steinhart noted that approximately 80 percent of the disgruntled passengers were, like himself, religiously observant but not Haredi.

“To interview two clearly anti-religious people without waiting to interview other people who were in Athens is irresponsible on behalf of the media,” Steinhart wrote.

Yehudah Stark, a frequent flyer on El-Al, wrote a blog about the incident, expressing disappointment in a blog he wrote about how the airline handled the situation. He noted that the full planes were left standing for several hours while on the runway in New York. Many passengers requested to debark, preferring to miss their flight rather than risk transgressing the Sabbath upon landing. The pilot instructed them to remain seated as the estimated arrival would be an hour before the Sabbath began (an inaccurate statement). The pilot announced the plane would be returning to the gate to enable them to do so and requested they remain calmly seated. The pilot then taxied the plane and took off. The passengers were only informed a few hours before landing in Athens of the diversion. Stark wrote that the stewardesses seemed ill-informed and the pilots uncommunicative.

Stark also described how the flight crew arrived two-hours late, exacerbating the problem. Though it may seem that El-Al tried to rectify the problem by diverting to Athens, not nearly enough hotel rooms were arranged. The El-Al staff in Athens had been instructed to prepare for 70 Sabbath observant passengers but 150 arrived.

While admitting that the stressed-out passengers were unruly, Stark placed the blame firmly n the airline’s shoulders.

“Unfortunately, the passengers were disempowered,” Stark wrote. “Any customer should have the right to disembark from an airplane after waiting hours on the runway and certainly for religious reasons. By denying their customer that right, El Al denied its customers basic rights.”

Perhaps more significant than the “fake news” aspect were the positive lessons Stark took away from the experience. He described how strangers bonded without any of the familiar physical trappings of the Sabbath, emphasizing the more spiritual elements.  He commended the Chabad of Athens, Rav Mendel Hendel, Rebbetzin Nechama Hendel, and their son Levi, who chose to leave the comfort of their home, joining the travelers in “exile”. Stark even praised El-Al and their staff who helped them make the blessed best of a difficult situation.