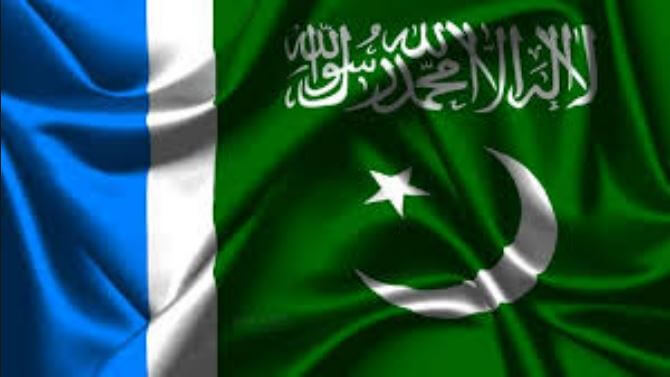 Despite the fact of December 30 general elections in Bangladesh being made controversial by several elements, United States is having serious reservations in letting Bangladesh go into the grips of radical Islamists or jihadist forces. Policymakers in Washington are though predicting easy victory of ruling Awami League even the election is held under undisputed free and fair manner; there is clear sign of concerns amongst the Western policymakers about the risk of pro-militancy Jamaat e Islami (JeI) coming to power as a coalition partner of Bangladesh Nationalist Party (BNP) by manipulating Muslim vote banks. For this reason, none of the Western nations are willing to see another “fresh election” in Bangladesh as demanded by the main opposition BNP and its coalition partners.

Recent report by Reuters on the local and foreign election observers who had monitored the December 30 general elections has greatly contributed in further sharpening of the doubts centering credibility of the election, which would have even resulted in questioning legitimacy of the current government in Bangladesh. Seeing this as a “great opportunity”, lobbyist firms of JeI have intensified their activities with the hope of convincing policymakers in the US in exerting pressure on Bangladesh by enforcing sanctions to compel Prime Minister Sheikh Hasina is declaring a fresh election by June this year.

According to a JeI source, barrister Abdur Razzak, in consultation with BNP’s fugitive acting vice chairman Tarique Rahman has asked the lobbyist firms to prepare a report on the election “irregularities” and brief the members of the United States’ Senate and Congress. Similar briefings would also be sent to the policymakers in Britain and other member countries of the European Union. Policymakers of BNP and JeI have become enthusiastic following publication of Reuters report, which has quoted the local and international observers who had monitored the December 30 general election. This report has greatly put credibility of these observers into cloud.

Commenting on the fresh bids of BNP-Jamaat’s lobbyists in the US, a senior analyst in Washington said, American policymakers and politicians currently are fully occupied with the existing financial deadlock due to rivalry between President Donald Trump and the Democratic Party. “United States’ politics now is being very much focused on this crucial issue and it is very much unlikely that the White House, Senate or the Congress would look into the Bangladesh election issue, at least at this moment”, the source added.

Meanwhile, following Trump administration’s recognition to Venezuelan opposition leader Juan Guaido as the legitimate president of Venezuela, there is sharp speculation in Washington about President Trump’s similar actions against anti-US regimes in other parts of the world.

According to CNN, President Donald Trump on Wednesday announced that he is recognizing Venezuelan opposition leader Juan Guaido as the legitimate president of Venezuela.

“In its role as the only legitimate branch of government duly elected by the Venezuelan people, the National Assembly invoked the country’s constitution to declare Nicolas Maduro illegitimate, and the office of the presidency therefore vacant. The people of Venezuela have courageously spoken out against Maduro and his regime and demanded freedom and the rule of law,” Trump said in a statement recognizing Guaido as interim president of Venezuela.

Trump also urged other governments to recognize Guaido, adding that he “will continue to use the full weight of United States economic and diplomatic power to press for the restoration of Venezuelan democracy.”

Trump continued by saying his administration will “continue to hold the illegitimate Maduro regime directly responsible for any threats it may pose to the safety of the Venezuelan people.”

The move comes nearly two weeks after Maduro was inaugurated for a second term that the US, dozens of other countries and the Venezuelan opposition have decried as illegitimate. Since then, Trump had mulled recognizing Guaido — the president of the National Assembly — as the country’s legitimate president, and top Trump administration officials gradually ratcheted up their public statements, laying the groundwork for this step.

Those deliberations came to a head this week as Venezuelans took to the streets in nationwide protests on Wednesday and with increased speculation that Guaido would formally swear himself in as the country’s President, citing a provision in the country’s constitution.

The White House is closely monitoring the protests and Maduro’s response. On Tuesday, Vice President Mike Pence issued a message of support to Venezuelans planning to take to the streets, saying they had the “unwavering support of the United States.”

Wednesday night, Secretary of State Mike Pompeo released a statement that said in part: “The United States stands with interim President Juan Guaido, the democratically elected National Assembly, and the people of Venezuela as they peacefully restore constitutional order to their country. … The United States maintains diplomatic relations with Venezuela and will conduct our relations with Venezuela through the government of interim President Guaido, who has invited our mission to remain in Venezuela. … We call on the Venezuelan military and security forces to continue protecting the welfare and well-being of all Venezuelan citizens, as well as US and other foreign citizens in Venezuela.”

Following this decision of the US administration, Venezuelan authoritarian ruler Nicolas Maduro said he was breaking diplomatic relations with United States. Speaking to supporters outside the Miraflores presidential palace in Caracas, socialist dictator Maduro said he would give U.S. diplomatic personnel 72 hours to leave Venezuela, which is suffering from a hyperinflationary economic collapse.

Moscow has criticized Washington’s decision and has reaffirmed its support towards Nicolas Maduro. But, political analysts say, Russian support possibly cannot save Maduro from being ousted from power. Once ousted, Nicolas Maduro may face the similar fate of Iraqi leader Saddam Hussein.