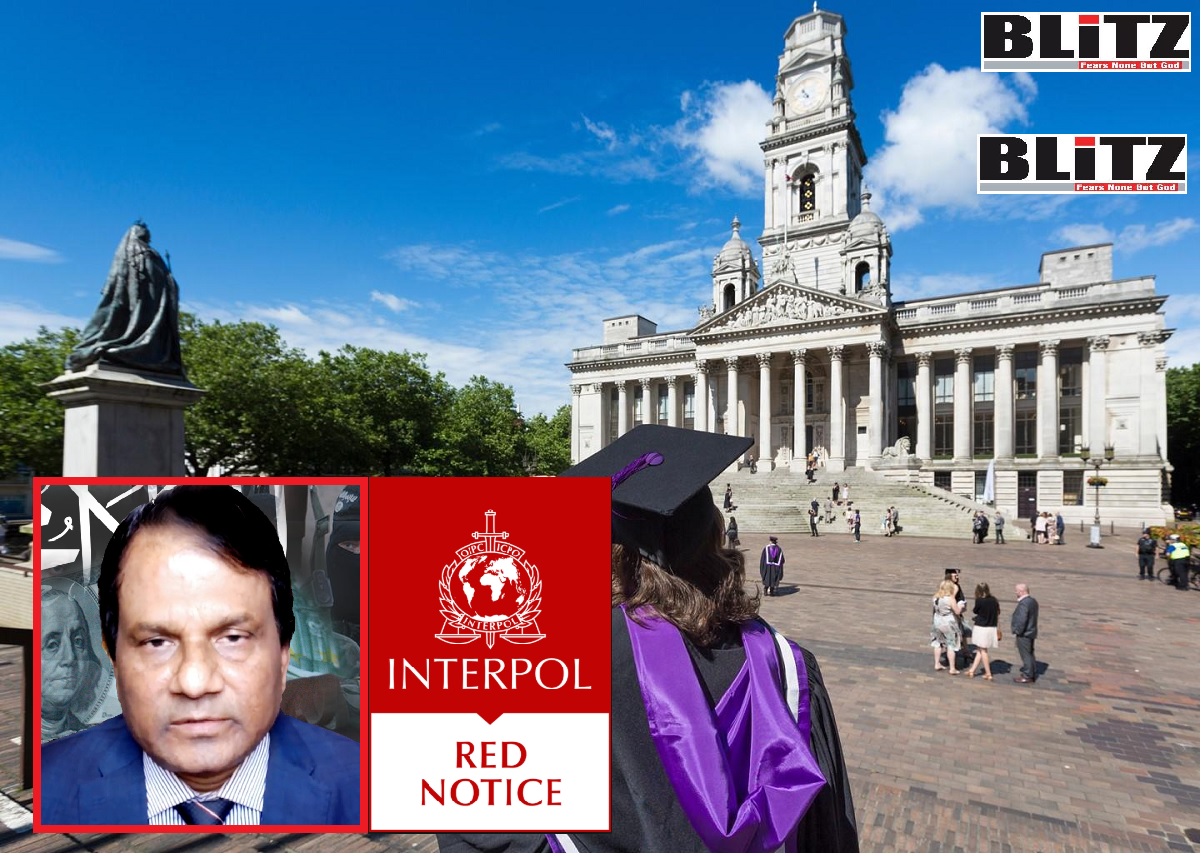 Interpol-wanted convicted terror-funder Shahid Uddin Khan, who had sent fund to jihadists in Sri Lanka days before 2019 Easter Sunday jihadist attacks in Sri Lanka that had killed 267 people including 45 foreign nationals, has been lately boasting of being awarded Doctor of Philosophy (PhD) for from the University of Portsmouth in the United Kingdom.

According to documents available with this newspaper, Shahid Uddin Khan hails from a radical Muslim family while his wife Farjana Anjum too hails from a similar family background. This couple’s daughters though are living and being educated in Britain are notoriously radicalized and are working as lone wolves. They have been targeting various individuals through honeytrap and trying to convert them into Islam.

In January 2019, Shahid Uddin Khan used illegal channel in transferring an amount equivalent to ninety-two thousand dollars to jihadist attackers in Sri Lanka. This amount went from Dubai to Colombo. It may be mentioned here that, in 2018 this newspaper published several reports exposing a secret conspiracy by a conglomerate of several jihadist outfits of staging terrorist attacks in a number of South Asian nations.

At least ten days before the Easter Sunday attacks, a Middle East based intelligence agency gave security officials a detailed warning of a possible threat to churches by the National Thowheeth Jama’ath. Similar alerts were also echoed by a Western intelligence agency. But the matter was not conveyed even to Prime Minister Ranil Wickremersinghe. Later authorities started investigation into the reason behind such dubious behavior of Sri Lankan intelligence agencies. 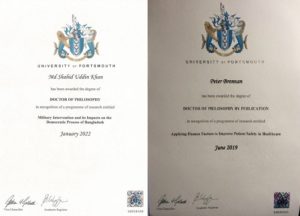 Shahid Uddin Khan and members of his family pose potential threat to Britain’s internet security, while this jihad financier family are using British soil in continuing numerous forms of jihadist and criminal activities.

It is even alleged that, terror-financer Shahid Uddin Khan has been contacting Al Qaeda as well as Islamic State (ISIS) with the offer of funding terrorist and suicide attacks inside Bangladesh.

It may be mentioned here that, Bangladesh Nationalist Party has been maintaining connections with pro-Caliphate Hefazat-e-Islam since 2013 and was also plotting Iran-type Islamic revolution in Bangladesh.

Following Shahid Uddin Khan’s claim on social media stating he has been awarded Doctor of Philosophy (PhD) for from the University of Portsmouth in the United Kingdom, editor of this newspaper contacted with the authorities of the university as well our reporter physically met respective officials of the University of Portsmouth in Britain. When they were shown the image of a certificate (certificate number 00058408) Shahid Uddin Khan has been exhibiting claiming it to be the PhD certificate issued by the university, the authorities expressed shock and surprise as it does not even have heard the name of this person.

Meanwhile, Muzaffar Ahmad Noori Bajwa, editor of the Eastern Herald is also investigating the matter. On response to our question about the status of Shahid Uddin Khan’s claim of PhD degree, Bajwa said:

After deep research and investigation into the matter by couple of strategic people in the UK administration, we did not find any existence of Shahid Uddin Khan’s claimed thesis titled ‘Military intervention and its impacts on the democratic process of Bangladesh; on University of Portsmouth alumni network. Here is the link: https://www.port.ac.uk/about-us/alumni.

The gap between the hologram and the degree number is clearly visible “blank” while in the original degree it is not like this.

The gap between the university name and the candidate’s name is very less in this fake degree certificate.

In the following link, all the theses are mentioned and published. In 2022 they’ve published 17 papers.

After a deep analysis, I conclude that this degree of Shahid Uddin Khan is forged and has no university record.

Interpol-wanted Shahid Uddin Khan is not only a convicted criminal and terror-funder, he also is a forger of educational certificate of a British university. Such actions are tantamount to serious offense. Shall the UK law enforcement agencies now take legal steps against this dangerous man?