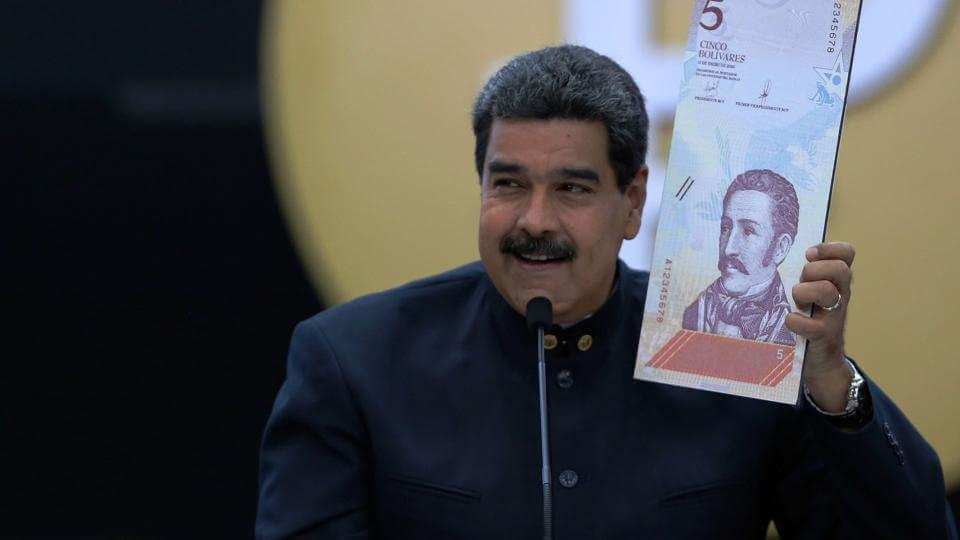 According to a report published in the Daily Mail, last summer, the stepsons of current socialist dictator Nicolas Maduro dropped $45,000 on an 18-night stay at the Ritz Hotel in Paris. These rich Chavista kids have also been spotted in the best restaurants and clothes and jewelry shops in Madrid – as part of the lavish lifestyle they have become accustomed to, while their step-father drags their country to its knees.

Hugo Chávez, the leader of Venezuela’s socialist revolution, once said that “to be rich is bad”, while his own daughters are among those who flaunt their riches as the country languishes in an economic and humanitarian hell that their father’s ideology created. Maria Gabriela, Chavez’s oldest daughter, is reportedly Venezuela’s richest woman with a personal fortune of more than US$4 billion, most of it hidden in bank accounts in Europe. The 38-year-old compiled her riches while acting as first lady to her socialist president father after he divorced his second wife.

Another of Chavez’s daughters, 21-year-old Rosines Chavez, fled to Paris in 2016 hours after she was blasted for posting a photo to social media showing her holding up a fist full of cash.

Rosines is now “enjoying a care-free student life at the Sorbonne,” the Daily Mail report said.

Also among the Chavista socialist elite behaving badly are two nephews of Venezuela’s first lady Cilia Flores. Efrain Antonio Campo Flores and Franqui Francisco Flores were jailed in 2017 for 18 years each after they were caught trying to smuggle US$20 million worth of cocaine into the United States via Haiti.

Hugo Chávez had the good fortune to preside over the biggest oil boom in the country’s history. He is still revered by half the population, who recall his social programes and popular touch. But by the time he died of cancer in 2013 he had bankrupted his country, running up debt and strangling the private sector with controls while replacing its output with imports. He replaced a flawed social democracy with a clientelist society, in which benefits and food rations are handed out in return for political loyalty. The state has been hollowed out into corrupt fiefs, controlled by armed groups, legal or not. In an emblematic case, Chávez’s former treasurer admitted in a New York court to taking US$1 billion in bribes, a sum greater than all the bribes paid by Odebrecht, Brazil’s notoriously corrupt construction company.

Teachers, police officers and newspaper carriers are among those turning to the sex trade in Colombia to provide for their children and relatives back home.

The undocumented women often end up working in sordid bars and the tropical climate exposes them to infections and diseases such as malaria.

According to the United Nations, more than 3 million Venezuelans have fled to neighboring countries, including Colombia, Peru, Ecuador, Argentina, Chile, and Brazil.

Girls as young as 14 years old reportedly earn US$7 ‘per service’ while local Colombian wigmakers are offered between US$10-30, according to Fox News.

The economic situation has become so dire that even heterosexual men ‘sell themselves on the gay market,’ according to Fox News.

Alegria, a teacher of history and geography in Venezuela was earning just 312,000 bolivars a month: less than a dollar.

Her salary was not enough ‘even for a packet of pasta’, she said.

With nine other women, Alegria prostitutes herself every night in a bar in the town of 3,000 people.

Think of the ordinary Venezuelans:

Nicolas Maduro has broken off relations with the US. He can count on support from Cuba and Russia and the quiescence of China. But his relative international isolation although is evident – it is again a big question as to when this monstrous dictator will finally depart.

While the entire world is keeping eyes on the Venezuela issues, unless the country is liberated from the evil clutches of Maduro and his gang – millions of ordinary Venezuelans will continue to starve every day. They don’t have money to buy food. Life is becoming increasingly difficult to them. Can we at least try to feel such extreme sufferings?