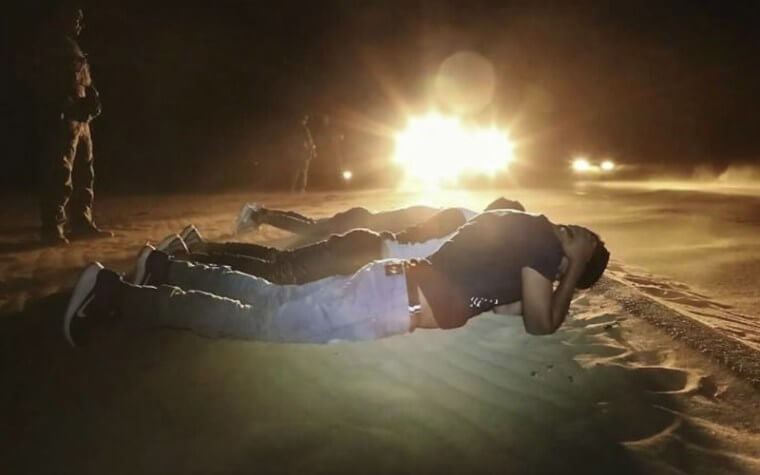 According to Breitbart, Laredo Sector Border Patrol agents continue to find illegal immigrants from Bangladesh who cross the border from Mexico. During a 12-hour period beginning on Saturday evening, six Bangladeshi nationals were apprehended in two separate incidents.

Meanwhile, Secretary Kirstjen Nielsen told The Washington Times that the purpose of the shutdown was to harden the border crossing.

“Unfortunately, some members of the caravan are purposely causing disruptions at our border ports of entry,” she said on Twitter. “There is a legal and illegal way to enter the U.S. We have deployed additional forces to protect our border. We will enforce all our laws.”

Six Bangladeshi nationals were apprehended at the Texas border with Mexico in two separate incidents within a 12-hour period over the weekend.

Laredo Sector Border Patrol agents during the month of October apprehended at least 75 Bangladeshi nationals, an increase of more than 10 percent over October 2017.

The following morning, Laredo South Station agents carrying out line watch operations came upon another group of two suspected illegal immigrants walking near Oleander Street in Laredo. An interview with the subjects revealed the young men to also be Bangladeshi who were smuggled into the US.

During the month of October, the first month of the new fiscal year, Laredo Sector agents apprehended at least 75 Bangladeshi nationals. This represents an increase of more than 10 percent over October 2017.

During FY2018, which ended on September 30, Laredo Sector agents apprehended 668 Bangladeshi migrants — up nearly 270 percent over the previous year’s total. The sector led the nation in the apprehension of these migrants who paid up to $27,000 each to be moved into the U.S. by cartel-connected human smugglers.

“In Fiscal Year 2018, Laredo Sector Border Patrol experienced an unprecedented increase in the apprehension of nationals from the country of Bangladesh,” Laredo Sector Chief Patrol Agent Felix Chavez told Breitbart News earlier this month. “The almost 300% increase in arrests of Bangladeshi nationals over the previous fiscal year highlights the hard work and vigilance of the men and women of the U.S. Border Patrol. We will continue to work with our federal and international partners to share information to stop the flow of those who seek to unlawfully circumvent our nation’s immigration policies.”

Sources told Blitz, these Bangladeshis had arrived into US borders in the caravan. Most of the group is single adult or teen males. But as has been previously reported, the women and children have been pushed to the front to gain sympathetic media coverage. It further said, the exact numbers of illegal migrants in the caravan are exceeding the figure shown in the media.

Following this latest incident of illegal Bangladeshis being found by the US border security, Washington may take some tougher actions which would put the legitimate Bangladeshis visiting the US into difficulties.