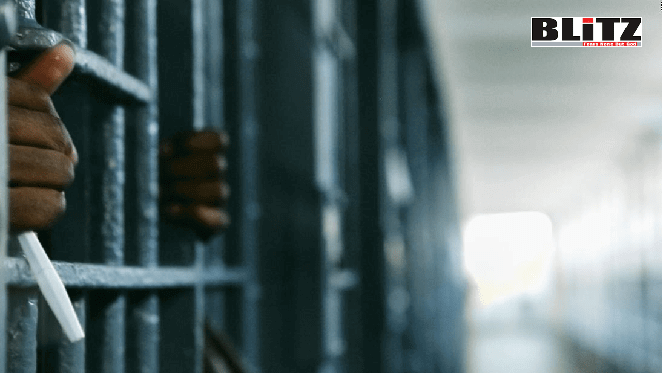 For years, we have been reporting on the unique threat that incarcerated terrorists pose and that the failure to adequately address the security challenges could lead to radicalization of other inmates and terror attacks. We repeatedly stressed the need for continued diligence when it comes to monitoring terrorists in prison.

Now Justice Department Inspector General Michael Horowitz has released a report on the Bureau of Prisons (BOP) policy, procedures, and practices for monitoring incarcerated terrorists and preventing radicalization in prison. Its alarming findings confirm a breakdown in almost every area we identified in the past.

Among the security failures:

The BOP repeatedly failed to notify the law enforcement community when a terrorist was released from prison.

Both the BOP and the FBI failed to share information when it came to terrorism.

The BOP failed to monitor the communication methods available to incarcerated terrorists, including telephone calls, visitation, correspondence, and conversations with other inmates in the cellblock.

The BOP allowed other inmates to commingle with incarcerated terrorists during legal visits and share restricted material.

A prison contract worker had allowed inmates to use an unmonitored phone to make calls.

And the BOP failed to effectively adhere to the Special Administrative Measures (SAM) placed on high risk inmates such as convicted terrorists.

All of the means of communication available to ordinary inmates in prison have been hijacked by convicted terrorists to engage in terror acts well beyond the walls of the penitentiary.

For example, El Sayyid Nosair, while in Attica State Prison, used the inmate phone system and the inmate visitation program to communicate with others in the New York/New Jersey area to plot the first World Trade Center bombing in 1993.

Mohammed Salameh, convicted in the 1993 bombing, used the inmate correspondence program while in the Administrative Maximum Security Facility (ADX) in Florence, Colorado to communicate with Mohamed Achraf, one of the architects in the 2004 Madrid train bombing.

Lynn Stewart, a lawyer for the radical cleric Omar Abdel Rahman, used the prison legal visitation program to smuggle out messages from the Blind Sheikh to his followers in Egypt. Abdel Rahman was an inmate in the BOP’s FMC Rochester Minnesota Facility at the time. Stewart was convicted of violating the Special Administrative Measures (SAM) the U.S. Attorney had requested for Abdel Rahman while in custody.

The report noted that inmates frequently have contact with contract workers and volunteers. In fact, 72 percent of all volunteers are in religious services. IPT has repeatedly reported on the security risk that unvetted clergy and religious volunteers can pose when it comes to terrorists and radicalization in prison.

A separate audit on that issue is forthcoming.

The strategic importance of monitoring terrorists while incarcerated was best outlined in 2003 when the FBI, in partnership with the Bureau of Prisons, and the National Joint Terrorism Task Force, instituted the Correctional Intelligence Initiative. The goal of the program was to detect, deter, and disrupt radicalization in the U.S. prison system. Individuals imprisoned for terror-related crimes were one of the primary catalysts identified in the radicalization process. They were seen as “possessing extra credibility with other inmates, enough to gain…a following.”

In other words, rock star status among the cons.

We have previously noted the security breakdown in reviewing literature provided to inmates either individually or in the prison library. A Bureau of Prisons catalog of Islamic library material, obtained in 2012 through the Freedom of Information Act, contained radical terrorist literature writings by people like al-Qaida cleric Anwar al-Awlaki and Muslim Brotherhood leader Sayyid Qutb. The writings were in Arabic and English.

In another finding, the Bureau of Prisons failed to identify inmates who were members of the Sovereign Citizens movement as terrorists even though the FBI had previously identified it as a terror group. The Bureau of Prisons had listed 462 inmates in custody as members of the Sovereign movement, yet only five of them were designated by the BOP as terrorists. A member of a terrorist organization should be considered a terrorist. Waiting for that member to commit an act before designating them as such could be dangerous, even in prison.

“We find it troublesome that the BOP does not recognize the terrorist definition utilized by the FBI, which views these individuals as domestic terrorists,” the IG auditors said.

The movement, which has been found to contain both white supremacy and anti-Semitic elements, has been actively recruiting in prisons.

In addition to noting a BOP failure to adequately monitor terrorists in prison, the report found a key security lapse in releasing terrorists from prison once their sentence was completed. The IG reported that since 2001, more than 600 terrorists have been released from prison, but until 2005, there was no notification policy in place for released terrorists.

Even after the notification procedure was initiated, in almost 50 cases, the FBI was never notified of the release of inmates because the Bureau of Prisons did not think they were terrorists.

This occurred although the FBI believes that there is a heightened risk of recidivism among released terrorists.

And as we (IPT) have previously reported, the need for information sharing among the law enforcement community when it comes to released terrorists is critical in preventing future attacks.

The Bureau of Prisons did not dispute the Inspector General’s findings and has agreed to make changes in 19 security procedures related to monitoring incarcerated terrorists and preventing radicalization.

We hope that Michael Carvajal, the Federal Bureau of Prisons director, moves swiftly to implement the security changes.

Prison officials should know by now that terrorists are not rendered harmless while incarcerated. They will act when they can. When they can’t, they will seek opportunities to radicalize others in prison.