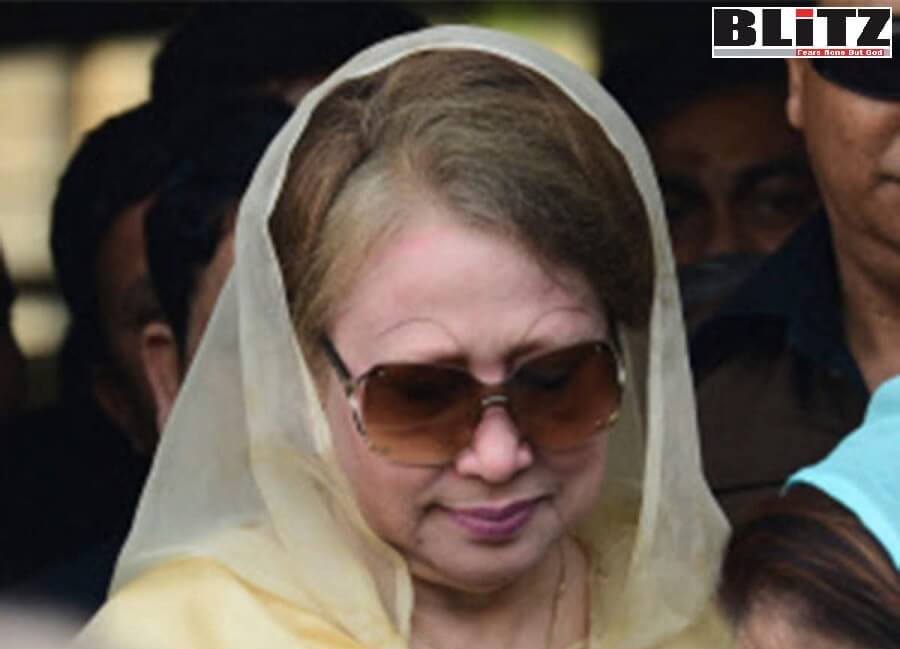 People behind Netra News, a dubious organization funded by the National Endowment for Democracy (NED) has been using fund provided by NED in implementing their vendetta against Bangladesh, Prime Minister Sheikh Hasina, Awami League and other top officials of the country. Netra News cronies are reportedly projecting pro-Islamist Bangladesh Nationalist Party (BNP) as a “genuine democratic force”, while it also is projecting pro-jihadist Jamaat-e-Islami as “victim of state repression in Bangladesh”. While Netra News has been projecting BNP leader Khaleda Zia as a “democratic politician” policymakers in the US, including members of the Congress and Senate need to know the past track record of BNP.

On February 15, 1996, Bangladesh Nationalist Party held a farse general elections, which was boycotted by other political parties in the country. Through this election, Khaleda Zia and her party tried to remain in power indefinitely by suffocating democracy and polluting the electoral process. In this farse election, BNP won 278 seats out of 300 in Bangladesh Parliament. But this foul attempt of Khaleda Zia was smashed by the people of Bangladesh through mass-revolt. As a result, BNP’s post-February 15, 1996 illegal government had to handover power to a “caretaker government” within 12 days.

Again, in October 2006, Khaleda Zia and her Bangladesh Nationalist Party made the second attempt of holding a farse and one-sided election with the agenda of continuing in power indefinitely. This time again, such notorious attempts were foiled by the pro-democracy forces in Bangladesh.

It may be mentioned here that, founder of BNP, military dictator General Ziaur Rahman attempted to enforce political Islam in Bangladesh, with the agenda of turning a secularist Bangladesh into an Islamist nation. Zia maintained deeper connections with Islamist forces around the world. As one of the main beneficiaries of the killers of Bangabandhu Sheikh Mujibur Rahman, General Zia accorded shelter and patronization to the killers, rehabilitated them in foreign countries and established reign of terror in the country.

General Zia’s prime ideology was showing enmity with India and applying intimidation tactics on the religious minorities in Bangladesh, including Hindus.

Ziaur Rahman made the 5th amendment to the Constitution of Bangladesh on July 9, 1979, only to protect the self-proclaimed killers of Bangabandhu Sheikh Mujibur Rahman and four national leaders. Also, he made arrangements for the safe repatriation of these killers while he was the Chief of Army Staff and the de facto head of state under military conditions. Later he rewarded the killers of Bangabandhu with jobs in Bangladesh missions in different countries with hefty salary and allowances from the state exchequer. Later, using his personal connections with Libyan dictator Muammar al Gaddafi, General Zia managed ensuring business contracts and luxurious lives for Bangabandhu’s killer Farooq Rahman and Abdur Rashid in Libya.

It may be mentioned here that, General Ziaur Rahman (husband of Khaleda Zia of Bangladesh Nationalist Party) joined the Pakistan Army and was trained as an intelligence officer before the independence of Bangladesh. He worked as a Special Intelligence Agent of Pakistani spy agency ISI (Inter Service Intelligence) from 1959 to 1964. Few months before the War of Independence of Bangladesh, Zia was posted to the 8th East Bengal Regiment in Chittagong as one of the most trusted officers of Pakistan Army. Ziaur Rahman supervised the intelligence activities as a captain under West Pakistan’s ISI-boss General Zia-ul-Haq (later Pakistan’s dictator). During his days in Pakistani ISI, Ziaur Rahman had enthusiastically taken part in ISI’s anti-India agendas such as maintaining liaison with the members of Islamist insurgency groups in Jammu and Kashmir.