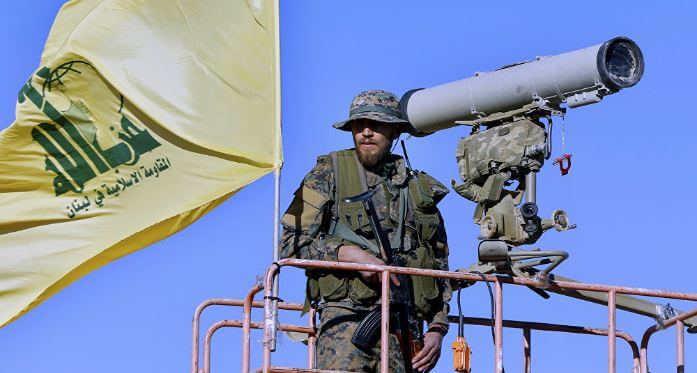 Are U.S. sanctions beginning to have an impact on Hezbollah? Sky News Arabia has reported that the Shi’ite terrorist organization has postponed a number of payments, including to Hezbollah members as a result of financial difficulties.

According to the report, which appeared on Sky News Arabia’s website, Wednesday, employees of Hezbollah’s media, education, medical and even military systems have complained of deep pay cuts of late, with some reportedly receiving only 60 percent of their salaries last month.

Despite their increasing frustration at the situation, Lebanese media outlets and workers whose salaries have been cut have refrained from publicly criticizing Hezbollah out of concern doing so would damage the organization’s standing.

According to Sky News Arabia’s sources, Hezbollah is concerned by increasing U.S. sanctions, as well as growing efforts by the European Union against the organization.

Sanctions imposed on Iran have also put a dent in Hezbollah’s cash flow.

Israel’s Ambassador to the United Nations Danny Danon said that Iran provides Hezbollah with an annual budget of $1 billion. With Iran in the midst of a financial crisis, Hezbollah may not be able to count on Tehran investing all of that money in the organization in the future.

At a ceremony marking 40 years to the Islamic Revolution at Tehran’s Shah Mosque earlier that day, Iranian President Hassan Rouhani admitted his country was in the throes of the worst financial crisis it had faced in 40 years. He blamed economic pressure from the United States for Iran’s monetary troubles.

The U.S. has imposed sanctions on Iran in recent months following U.S. President Donald Trump’s decision to withdraw from the 2015 nuclear deal in response to Iran’s military activities across the Middle East, ballistic-missile program and concerns it would renew its nuclear-weapons program later down the road.