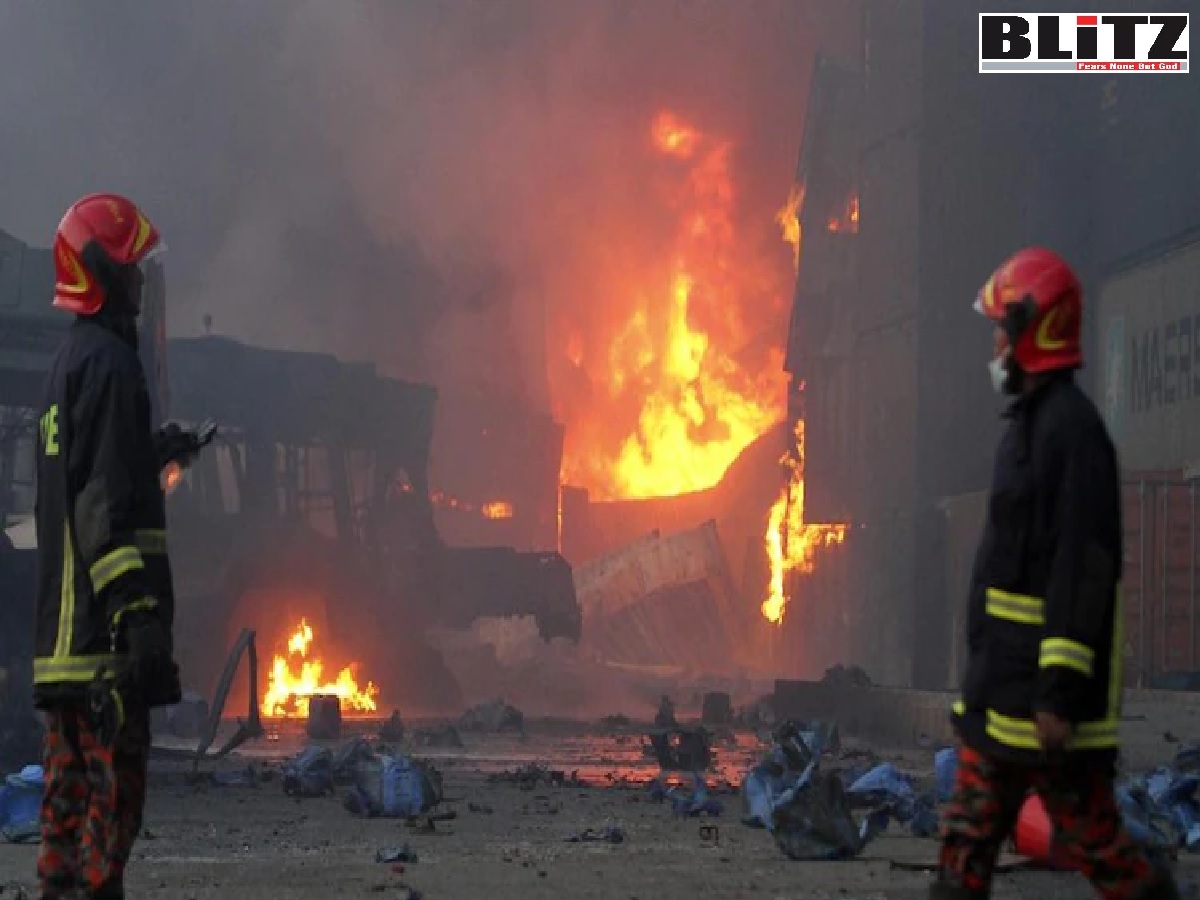 Vested interest groups are spreading rumor centering the horrific incident of fire in Sitakunda area in Chittagong in Bangladesh. According official sources, vested interest groups are spreading a rumor on social media platforms such as Facebook, Messenger, WhatsApp, Signal and Telegram quoting the ‘DMP [Dhaka Metropolitan Police] director’ stating: “People of Chittagong city, Chittagong University and surrounding areas are advised not to get wet in rain water. If anyone comes out of their homes should keep umbrellas. There also is risk of acid rain [in the area] as Hydrogen Peroxide may pollute the air. So, avoid getting wet in rain water, especially elders should follow extra cautions. For the sake of remaining safe from such hazards, remain safe and alert and share this message with others”.

Commenting on this rumor, Hafiz Al Assad, Additional Deputy Commissioner of Dhaka Metropolitan Police (DMP) said: “Some quarters are spreading such rumor. They are posting such messages on social media platforms and creating confusions [amongst people]. Our cyber team is already working on identifying the culprits and take legal actions”.

He said, “DMP did not issue any such message. Anything related to climate issues are within the purview of the weather office”.

According to reports, in another rumor vested interest groups are falsely stating: “The Honorable Prime Minister has cancelled the inauguration of Padma Bridge on June 25 and has asked fire service to buy 3 helicopters”.

This also is another rumor.

Who are behind such rumors?

It may be mentioned here that, Professor Muhammed Yunus and a leading English-language newspaper in Bangladesh first began conspiracy with the ulterior agenda of sabotaging the Padma Bridge project. Later, BNP, Jamaat and other anti-Bangladesh elements had joined such nefarious bids.