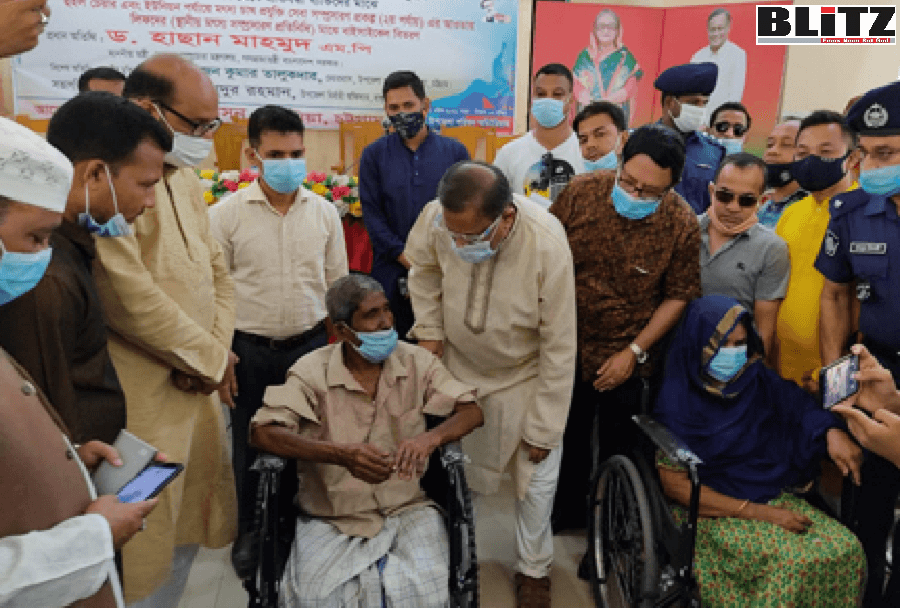 Awami League Joint General Secretary and Information and Broadcasting Minister Dr Hasan Mahmud said that a vested quarter, including BNP-Jamaat, is trying to create chaos in the country.

He said that all the anarchies have been carried out in the name of Islam in which residence of people and their private cars have been
burnt, some important government departments have been ransacked and land offices have set on fire. Islam never permits such acts, he
added.

He was speaking as the chief guest at Rangunia Upazila Auditorium this evening while distributing grant checks, wheelchairs and bicycles among the disabled people of Fisheries Department from the Information Minister’s personal optional fund.

Dr. Hasan Mahmud said, “Maulana Ahmad Shafi was the Amir of Hefazat Islam and he hailed from Rangunia upazila. There have been allegations and lawsuit was filed by his family claiming that Mr. Shafi died following humiliation and torture.”

The information minister said that nothing is safe in the hands of those who were involved in torturing and killing an elderly person like Maulana Ahmad Shafi.

He said that they want to create anarchy in the country and yield dividend with the cooperation of BNP-Jamaat. “People now understand their entire ill motives those who want to stop the ongoing development spree of the country,” he added.

“People of the country will resist their evil efforts. All mischievous attempts of the vested quarter will go in vein as they want to use the religion for their personal and party interest,” he observed.