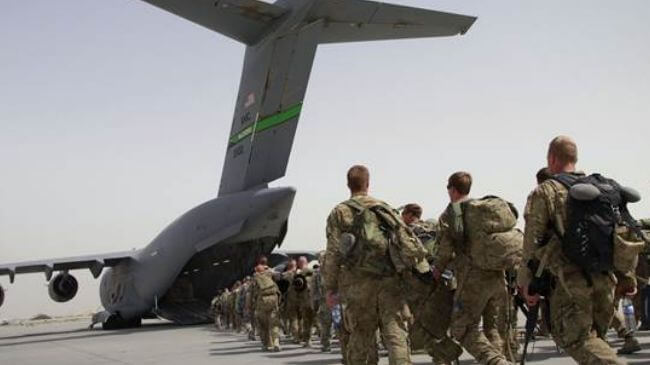 President Trump’s decision to withdraw half of all US troops in Afghanistan will likely be seen as a sign of weakness by the Taliban, who might subsequently feel less motivated to accept a ceasefire proposal. For Pakistan’s security establishment, Trump’s desperation to ensure a less ignominious exit from Afghanistan represents a chance to engage with Washington on its own terms.

Three momentous changes were recently announced by the White House in rapid succession. First, we learned that President Donald Trump is pulling American troops out of Syria. Next, James Mattis resigned as secretary of defense, in part as a response to the Syria decision. And finally, Trump announced plans to withdraw half of all US troops from Afghanistan. That last decision has ignited intense debate among members of the policy and strategic community about the future of Afghanistan.

Trump’s intention to withdraw became clear when he appointed Zalmay Khalilzad as US Special Representative to fast-track the Afghan reconciliation process. But Trump’s sudden move is likely to throw a wrench into Khalilzad’s efforts at a time when the US needs to demonstrate greater resolve to force the Afghan Taliban to the negotiating table. The Taliban have always insisted on a complete withdrawal of US forces from Afghanistan.

As far as Pakistan is concerned, not much has changed in the past 17 years regarding the broad contours of its Afghan policy. US Marine Corps Lt. Gen. Kenneth McKenzie’s recent contention before the Senate Armed Services Committee, during his confirmation hearing as commander of US Central Command (CENTCOM) in early December, that Pakistan continues to use the Taliban as a hedge against India only reinforces the perception that Washington does not have much influence on Islamabad.

When the US intervened in Afghanistan in 2001, the Taliban were defeated but not decimated. With Pakistan’s not-so-covert help, they soon regrouped, rearmed, and came back with a vengeance. Moreover, the porous borders between Afghanistan and Pakistan, the inhospitable terrain, and the supply of local assistance on the basis of common Pashtun descent allowed the Taliban to evade capture.

The elimination of al-Qaeda’s supreme leader Osama bin Laden at a compound in Pakistan further crystallized American suspicions of Pakistan’s duplicity in the war on terror. Trump has frequently accused Islamabad of turning a blind eye to the rising Taliban insurgency; he believes Pakistan’s military-intelligence complex helps fund and arm the insurgents both for ideological reasons and to counter Indian influence in Afghanistan.

To intensify pressure on Pakistan to shift its calculus on the Afghan conflict, Trump issued several sharp public statements and tweets, including a recent outburst about Pakistan not “doing a damn thing” for the US. Washington, frustrated with Islamabad’s dishonesty, made two major cuts in security assistance to Pakistan in 2018 alone. But when Trump reached out to Pakistan’s PM Imran Khan, sending him a letter seeking cooperation in bringing the Taliban to the table, it underlined an uncomfortable truth for critics of America’s continued relationship with Pakistan. Trump has very few credible options, and for all his tough talk, he is not in a position to antagonize Islamabad. Imran, while making all the right noises, asserted in response that Pakistan is not America’s “hired gun” anymore.

McKenzie’s argument that Pakistan is using the Taliban as a hedge against India calls to mind a discussion that took place a decade ago, when outgoing US president George W. Bush was reviewing America’s Afghan policy. As disclosed by Steve Coll in his recent book, Directorate S: The C.I.A. and America’s Secret Wars in Afghanistan and Pakistan, when President Bush expressed interest in unilaterally going after the Taliban leadership in Pakistan’s Quetta, then CIA director Michael Hayden advised him against doing so without Pakistani agreement. Hayden is reported to have argued that “the Quetta Shura is a strategic hedge against our withdrawal from Afghanistan, and they [the Pakistan army] aren’t likely to go after them anytime soon.”

Afghan president Ashraf Ghani said in November that since 2015, more than 28,000 members of the Afghan security forces have been killed in the ongoing conflict. Mattis reported earlier that Afghan forces had had more than 1,000 dead and wounded in August and September alone. McKenzie termed the losses of Afghan security personnel “very high” and not “sustainable unless we correct this problem.” He argued that Afghanistan would be doomed to a continuing downward spiral if abandoned by the US at this critical juncture.

Lt. Gen. Joseph Dunford, Chairman of the Joint Chiefs of Staff, made a further important point: he underlined the need for US forces to remain in Afghanistan to stop terrorists from possibly launching another 9/11-like attack on the American people. He bluntly said that his priority is not to ensure security and stability in Afghanistan, but to “make recommendations for the deployment of military force that protects the American people, the homeland and our allies,” as an American presence in Afghanistan has “disrupted the enemy’s ability to reconstitute and pose a threat to us.”

Trump has opted to ignore this advice.

For the president, there were broadly three viable options in Afghanistan. The first was military escalation to bring the Taliban to heel; the second was complete withdrawal, leaving Kabul to its fate; and the third was the status quo. But all three options had their own inherent problems. As the current scenario reinforces the narrative that the war in Afghanistan is a stalemate that cannot be won militarily, Trump is extremely uncomfortable with maintaining the American presence there.

There exists a near unanimous consensus in Washington regarding the need to take a tougher line on Pakistan, but no clarity about what this tougher line should be or how it should be implemented. Trump has essentially abandoned the tougher approach. While Washington is critical of Pakistan, it understands that it is virtually impossible to turn the situation around without a significant military commitment in Afghanistan – but that is not favored by the president.

Khalilzad is busy shuttling between regional capitals in hopes of securing a breakthrough towards a negotiated settlement with the Taliban. However, mindful of the host of problems that bedevil any attempt at negotiations with the Taliban, Trump expressed skepticism about Khalilzad’s endeavors. “I don’t know that they are going to be successful, probably they’re not,” he said. “Who knows? … Maybe they are going to be successful, maybe they’re not going to be.” Trump’s skepticism springs mainly from the fact that the Taliban, who have displayed remarkable staying power on the battlefield, hold more territory than at any other time since American forces invaded Afghanistan in 2001. For Pakistan’s security establishment, Trump’s desperation to ensure a less ignominious exit from Afghanistan is a chance to engage with Washington, largely on its own terms.

As recently held Afghan peace talks in the UAE show, the Taliban are entirely opposed to engaging with the Kabul regime, which they view as illegitimate. The Taliban are trying to secure maximum concessions from Khalilzad without offering much in return. There has been no progress on the reported US proposal for a six-month cease-fire and an agreement to name Taliban representatives to the potential caretaker government. Trump’s decision to withdraw half of all US troops from Afghanistan will most likely be seen as a sign of weakness by the Taliban, who might subsequently feel less motivated to accept the cease-fire proposal.

It is therefore difficult to dispute that any major cutback in American military presence in Afghanistan before a final peace deal with the Taliban has been achieved would be a blunder. It will bring more fighting to the country and have broad geopolitical implications for regional security.