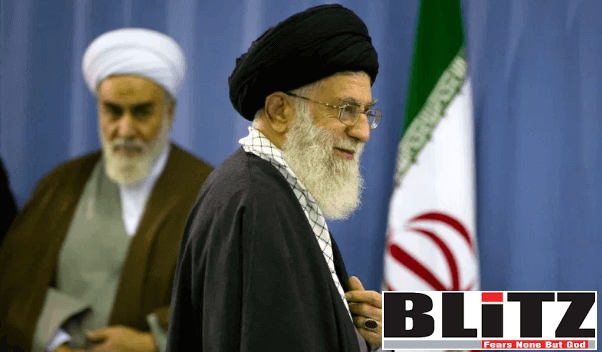 In a recent editorial, the Saudi paper Arab News urged surgical military strikes against Iran. The same Saudi Arabia, which sent troops to fight against Israel in 1948 and in 1973, is today tacitly increasing its cooperation with Israel against a common lethal foe: Iran’s Ayatollah regime and its aggressive nuclear and imperialist ambitions. In a Middle East with emerging Sunni Arab pragmatism, Israel is increasingly seen as an unofficial partner in the common quest to solve the troubled region’s complex problems and challenges. While the Middle East is not embracing Zionism any time soon, not even the Arabs themselves believe any longer in the myth of the Arab-Israeli conflict as the “mother of all conflicts”.

For decades, the Arab-Israeli conflict was a convenient distraction for Arab regimes seeking external scapegoats for the Arab world’s self-inflicted domestic societal problems and conflicts. While many Western diplomats and the global Left are still fixated on blaming Israel for all real or imaginary ills, the Sunni Arab world and Israel are pragmatically brought closer by a common threat: Iran’s aggressive imperialist ambitions. The regime in Tehran, which regularly calls for Israel’s destruction, also seeks to dominate the Sunni Arab world through its network of terrorist proxies like Hezbollah in Lebanon and Syria, Hamas and Islamic Jihad in Gaza and the Houthis in Yemen. Iran’s regime is also increasingly threatening Saudi Arabia and the other oil-exporting Arab Gulf states. In recent aggressive moves attributed to the Tehran regime, armed drones attacked Saudi oil-pumping stations and oil tankers were targeted off the United Arab Emirate coast.

Arab regimes still pay lip service in their official support of PLO and the Ramallah regime. However, behind the façade, much of the Arab world is increasingly fed up with both Hamas and PLO. As a Muslim Brotherhood offshoot, Hamas is seen as a direct threat by Egypt and other Arab states that fight against Islamist insurgents. At best, Arab governments increasingly view PLO as a self-pitting nuisance with little to offer. At worst, PLO is seen as a provocative troublemaker which supports regional bullies from yesterday’s Saddam Hussein to today’s Iranian regime. By frequently allying itself with the region’s most radical forces that threaten Israel and the Arab world alike, Ramallah has fallen out of favor with much of the Arab world. Instead of isolating Israel, Ramallah has ironically increasingly isolated itself in the Middle East through its radical rejectionist policies. Support of PLO is today stronger in Brussels and Paris than in Cairo or Riyadh.

The Sunni Arab world was not brought closer to Israel because of newly discovered Arab love of Zionism and Jewish national freedom. However, unlike Ramallah, pragmatic Arab rulers have tacitly understood that the Jewish state is a permanent reality in the Middle East. Arab governments also understand that Israel is not a threat but a force of stability and an increasingly important partner in addressing the most crucial challenges facing the Arab world today.

The failed “Arab Spring” was not driven by the Arab world’s concern of Gazans or Arabs under PA rule. Quite the opposite. The “Arab Spring” finally unmasked the Middle East’s worst kept secret: the conflict between Israel and PLO is a sideshow to the main conflicts plaguing the region. One is the ideological clash between the Sunni Arab world and an Iranian-led Shia Islam. The other main challenge is the lack of freedom and opportunity in the Arab world.

In this regional context, Israel is viewed as a force providing crucial solutions to both threats and opportunities. Israel is widely seen as the only regional power capable of stopping Iran’s quest to dominate the Middle East. Lack of freedom and economic opportunity has resulted in the Arab world lagging behind most of the world in human development. Thirst for freedom and opportunity initially fueled the inconclusive “Arab Spring.” Unlike their parents’ generation, young educated Arabs increasingly hold their regimes accountable for the low life quality and depressing standards of living in much of the Arab world. While Arab rulers are not embracing democracy any time soon, they realize the importance of technology and economic reforms in order to address the daunting socio-economic problems plaguing the Arab world. Unsurprisingly, cooperation with the technologically and economically advanced Jewish state is therefore given increased priority in several Arab capitals.

Seven decades after Israel’s rebirth, the Arab-Israeli conflict has effectively been replaced by a non-Arab Islamist regime in Tehran threatening Arabs and Jews alike. This dramatic Middle Eastern paradigm shift has clear implications for Israel. The Jewish state is still facing threats on its borders, emanating from Iran and its terrorist proxies Hezbollah, Hamas and Islamic Jihad. Western liberal demands for unilateral Israeli concessions are disconnected from the harsh Middle Eastern reality. Unilateral Israeli concessions did not lead to peace but only to more aggression against Israel and her civilian population. Instead, it appears that Israel’s leadership embraces victory as the path to genuine peace.  It was not appeasement but the military and political defeat of Nazi Germany that finally brought peace to Western Europe in 1945. Iran’s Islamist regime is today the main engine behind the radical forces still opposing Israel’s existence. Securing long-term peace through an Israeli victory is therefore directly linked to defeating the Ayatollah regime in Tehran.

Daniel Kryger is a Contributor of Blitz. He also is an eminent writer and a political analyst and a Fellow at the Haym Salomon Center.