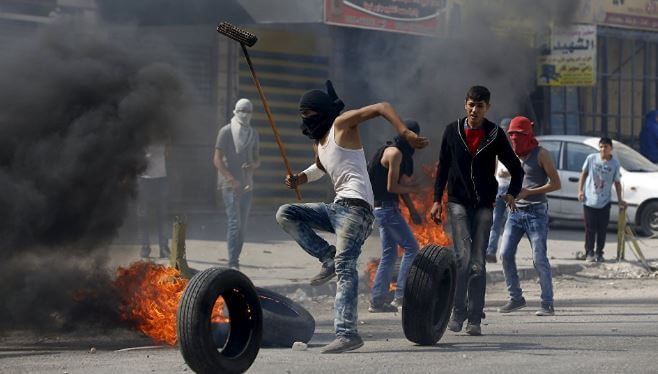 The Warsaw Conference demonstrated that the popularity of the Palestinian cause continues to decline, suggesting that Palestinian nationalism has failed. Historically, the positive elements of Palestinian nationalism have been offset by its negative features, including reliance on antisemitism and negation of the Other. Pressures from above, in the form of Arab and Islamic identities, and tribal and clan pressures from below have impeded the development of a stable national identity. At the same time, strong state security institutions protect elites while weak social welfare institutions create dependence, mostly on foreign aid. While continued development of the Palestinian economy is encouraging, the contradictions of Palestinian nationalism are not easily resolved.

The Warsaw Conference, which saw the Israeli PM take his seat beside Arab leaders, was a turning point that signaled the ebbing fortunes of the Palestinian cause. The continuing inability of the Palestinian Authority to build a functioning state has generated frustration among once-reliable supporters, as has the ever-looming presidential succession crisis. The steady cutoff of American aid, including to UNRWA, has not prompted a fundamental rethinking of Palestinian goals, methods, or premises, but rather a retrenchment.

Why has Palestinian nationalism failed? Answering this question requires that we examine foundational issues. Are Palestinians a “people” with a unified sense of culture? Yes, they are, albeit of recent vintage. Are they a “nation,” a territorialized people with a sense of rootedness? Here, too, the answer is yes. So why have they failed to construct a nation-state?

Part of the answer is the contradictory inner logic of Palestinian nationalism, which is founded on both positive and negative principles. On the one hand, it relies on romantic visions of an imaginary past, the myth of ancestors sitting beneath their lemon trees. These and other supposedly timeless essences are at odds with the hardscrabble reality of pre-modern Palestine, which was controlled by the Ottoman Empire, dominated by its leading families, and beset by endemic poverty and disease. As in all national visions, these unhappy memories are mostly edited out.

On the other hand, Palestinian nationalism is resolutely negative, in that it relies on the existential evils of “settler-colonialist” Zionism and ever-perfidious Jews. Consider the essential symbols of Palestine: a fighter holding a rifle and a map that erases Israel completely. It is a nationalism – and thus an identity – based in large part on negation of the Other, preferably through violence. It also implies that Palestinian identity exists only through struggle, a kind of ethno-religious dialectic.

That negativity points to key limitations of Palestinian nationalism itself: its lateness as a reaction to Zionism, and its historical failure to thwart the existential evil. Though there were inklings of a Palestinian national identity among elites before WWI, as a response to Ottomanism and the awakening of Arab nationalism, a separate Palestinian identity did not really emerge until after that war, and arguably the masses were not fully nationalized until after 1948.

The hysterical overreaction of Palestinian leaders who date their people’s ancestry to the Upper Paleolithic period suggests deep insecurity on this issue. The centrality of resistance and steadfastness, the evil of the Zionist enemy, the denial of Jewish national identity and connections to the land, and the necessity for Palestinians to remain refugees until a magical return to the mythical antebellum world suspend Palestinian nationalism in a liminal state of being, at once reactionary and revolutionary.

To these contradictions must be added further inevitable tensions, felt throughout the Arab and Muslim worlds, between nationalism and larger identities (namely Arabism and Islam) and lesser identities (tribes and clans).

Such tensions are played out in the Hamas-Fatah conflict. Hamas challenges the Fatah movement, the Palestinian Authority and the PLO with a semi-universalized “religious nationalist” narrative. As a result, ever since the days of Yasser Arafat, the dominant Palestinian narrative has been compelled to Islamize itself if it is to compete with Hamas. The adoption of the Palestinian cause by Islamists globally also pulls Palestinian identity toward continued conflict.

From below, episodes such as gun battles between Hamas and the Dughmush clan, which masqueraded as the Jaysh al-Islam (the Army of Islam), or the recent expulsion of the Abu Malash clan from Yatta in the southern West Bank after tribal clashes, point to the destabilizing influence of smaller components of society. Local loyalties, not national ones, are primary.

The case study par excellence of this pattern in traditional societies is the near complete deconstruction of Iraqi society into tribes and clans after 2003. Putting Iraq back together has proved exceedingly challenging. That country remains split along at least three fundamental lines: Sunni, Shiite, and Kurd.

Pulled in these ways from both above and below, Palestinian identity and society, and hence nationalism, are ill-equipped to establish a unified, forward-looking narrative to guide the construction of a modern nation-state.

In terms of creating an actual state, the Palestinian problem is one that is also endemic to Arab and Islamic states. Because the state is fundamentally an extension or tool of the ruling tribe, sect, or ideology, the state’s security institutions are exceptionally strong but its social institutions are weak, both by default and by design. In Palestinian society, the proliferation of security organizations maps onto tribal and clan groups. But, as in many Arab and Islamic states, health, education, and welfare services are either neglected or (just as often) funded by external sources.

For Egyptians, in the face of government economic and social neglect, key funding for domestic institutions has long come from Saudi Arabia and the Gulf States or from the government’s direct competitor, the Muslim Brotherhood. For the Palestinians, it is foreign aid, the NGO sector, and UNRWA. Nominally an international organization, UNRWA is simply an international institution that has been captured by Palestinians, simultaneously in league with and in competition with the Palestinian Authority.

This pattern has the effect of increasing Palestinian dependence, both directly and cognitively; weakening state institutions; and prolonging the cycle of extraction. In practical terms, Palestinian nationalism and nation-state building are necessarily focused on the leadership, where allegiance is exchanged for a measure of services and protection. Rent-seeking elites and their clients are comfortable so long as money circulates, and the populace tolerates the situation so long as basic needs are met. Even oil states like Saudi Arabia are now under stress as subsidies are reduced with falling revenues. Economically underdeveloped societies like the Palestinians are even more vulnerable.

Still, one positive aspect of the Palestinian national experience that deserves further study is the growth of entrepreneurship outside the reach of traditional rent-seeking elites. The growth of the high tech sector is encouraging, especially the prominent role of women, and suggests a vector for both economic development and the emergence of a new, temperate nationalism that is partially stimulated by the Israeli economy and society.

Unfortunately, the overall prognosis for successful Palestinian nationalism is not good. Elites are entrenched with guns and followers, and there is little prospect of this changing. Furthermore, by attempting to strengthen sectors that might challenge retrograde traditions, Western and even Arab support might backfire. Witness the Palestinian backlash against “normalization” that followed the Warsaw Conference, where Arab leaders stated frankly that Iran was a far more important problem and even sat with the dreaded Netanyahu.

While those leaders hedged on full recognition of Israel, myriad problems have reduced their vulnerability to such external pressures. Their citizens, too, appear to have grown fatigued with both the Palestinian question itself and its instrumental use as a distraction. Yet the Palestinian approach of threats, shaming, and blackmail remains unchanged.

Leaving the Palestinians alone to develop their own society is impossible, since their political elites remained trapped in a psychodrama of victimhood, resistance, and dependence that sustains their own power. The inescapable proximity of Israel and the Palestinian territories also makes autonomous development of any sort wholly imaginary.

Until the parameters of Palestinian nationalism can somehow be changed to accept the Other, Israelis and the West are, along with the Palestinians themselves, caught on the horns of dilemmas that are not easily resolved.

Alex Joffe is an archaeologist and historian. He is a senior non-resident fellow at the BESA Center and a Shillman-Ingerman Fellow at the Middle East Forum.