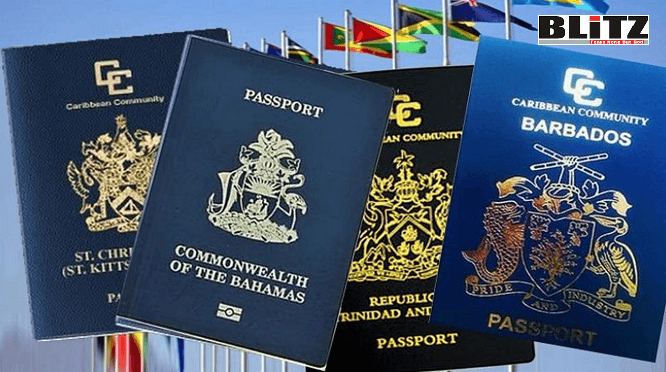 Wealthy nationals from Nigeria, Kenya, and countries in the African continent are visibly in hurry in draining-out hundreds of millions of dollars for buying citizenship in the Caribbean island nations. Every year, these wealthy African nationals are escaping from their own country and taking tons of mostly dirty money with them. Even some of the African nationals are buying so-called Golden Visa or foreign citizenship by investing in a number of European and Mediterranean island countries such as Malta by paying US$ 950,000.

Currently, a record number of 92 countries around the world are selling citizenship to wealthy foreign nationals. Through this ‘citizenship selling business,’ those countries are getting much-needed foreign currency. For the buyer of such citizenship, the key advantage is – they can travel to a large number of countries without any visa.

Golden visas are the lesser-reported side of the Nigerian migration story. Every year thousands of Nigerians make their way to Europe via perilous crossings over the Sahara and Mediterranean. Now their wealthier counterparts are also making their way to Europe but via a different route.

The rush for golden visas among rich Nigerians started before October’s SARS protests. At London-based Henley & Partners, one of the world’s largest citizenship advisory firms, applications by Nigerians increased by 185 percent during the eight months to September 2020, making them the second-largest nationality to apply for such schemes after Indians.

Some of the wealthy Nigerians are holding even three passports – Nigerian, Grenadian and of St Kitts and Nevis.

The St Kitts and Nevis passport, which costs US$400,000 via a real estate investment programme, are being considered useful to mainly business people when they travel between London and New York on business as it allows for visa-free travel to the UK and Europe.

A Nigerian individual along with three children obtained a Grenada passport in 2015 by buying US$ 300,000 stake in the Six Senses La Sagesse hotel on the Caribbean island. This was purchased through a property development group called Range Developments. Like most countries offering their citizenship for sale, Grenada allows real estate investments to qualify for a passport.

Most of the buyers of Grenada citizenship actually use it in settling in the United Kingdom, United States or any of the EU countries. Holders of Grenada passports qualify for E-2 visa, something made unavailable for a Nigerian national because of the travel ban imposed by President Donald Trump in February 2020.

Most interestingly, the above mentioned Nigerian national who obtained Grenada citizenship for the entire family by investing US$ 300,000 had never visited that Caribbean island country once known as The Spice Island. Since there is no obligation for citizenship investors to visit Grenada, interest in the scheme has ballooned among Nigerians as well as nationals from other African and Asian countries.

It may be mentioned here that Nigeria’s population is 300 million, where over 40,000 are millionaires, which makes this African country one of the key attractions of the citizenship selling nations in the Caribbean island. It is a similar story across the Caribbean. One of the citizenship advisory groups says – demand from Nigerian families for Antigua and Barbuda citizenship is up 15 percent this year compared with the last.

St Lucia has also seen a record number of Nigerians applying in 2020. “It’s more than it’s ever been over the past four years,” says Nestor Alfred, CEO of the St Lucia Citizenship-by-Investment Unit.

The promulgation of a new Constitution in Kenya in August 2010 opened the door for Kenyans to acquire dual citizenship.  High net-worth Kenyans are taking advantage of the door to acquire foreign passports under what is known as citizenship by investment (CBI).

In recent years, Kenyan elites, whose numbers have grown significantly in the past decade, have amped up their appetite for such arrangements, seeing them as an attractive plan B for their investments and to hedge against any unforeseen problems back home.

Antigua and Barbuda, under their CBI programme, established in 2013, grant one citizenship through either investing in a national development fund, real estate, business approved by the country’s Cabinet or in the University of the West Indies Fund with minimum investment between US$100,000 and US$400,000.

For St Kitts and Nevis, an applicant can apply for citizenship by either donating to the country’s Sustainable Growth Fund or by investing in pre-approved real estate for between US$150,000 and US$400,000.

Launched in 2016, St Lucia’s programme, the newest citizenship by investment programme in the Caribbean, offers four investment options including real estate, the national economic fund, pre-approved enterprise project, or in government bonds for between US$ 100,000 and US$1 million depending on the option.