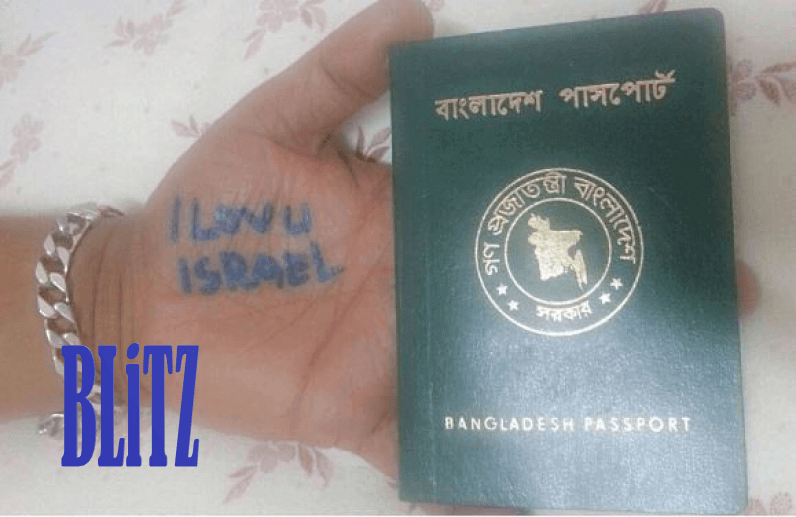 After decades of Israel-bashing, which actually is a regular habit and tendency of terror-patron Iran, a number of moderate Muslim nations now coming to their sense? Recently, Saudi Crown Prince Mohammed Bin Salman has signaled of normalizing relations with the Jewish State and he even went further saying, it is Palestinian Arabs who are actually trying to obstruct the process of peace in that part of the world. Reason behind Palestinian Arab’s tendency of keeping hostility alive is, the leaders from Hamas and Fatah actually are enjoying personal luxuries at the cost of their people. But, they also are blackmailing the Arab and Muslim nations with the false slogan of Muslim solidarity by imposing Israel-bashing on most of those nations. This is what exactly a terror-patron Iran wants. There even is possibility that Iran actually is providing fund and other “logistics” to few of the top brasses in Hamas and Fatah in keeping the Muslim nations into their anti-Israel bloc.

Recently, Rami Dabbas, a Jordanian-born journalist in an article wrote, “As an Arab activist and writer, I call on the Arab world to normalize relations with Israel, a move that would be almost entirely to our benefit alone. Israel will gain very little from this in practical terms, while Arabs stand to gain tremendously. The state of Israel is stronger and more stable than the Arab states on almost all fronts. If all borders were wide open in Arab states, few if any Israelis at all would flee Tel Aviv for Arab cities, but you would certainly see a flow of people in the opposite direction for the very same reason that multitudes of Arabs seek to emigrate to Europe”.

On the State of Palestine, Mr. Dabbas wrote, “The Arabs are the original occupiers, and have no right to deny the return of the Jewish nation. And that is why I call for normalization: for the recognition of the right of the Jews to exercise sovereignty in their ancestral lands. We Arabs came from the Hijaz, Najd and Yemen. We occupied this land and made it Arab. Some of the Syriac and Aramaic words we still use today, as well as the recorded names of settlements uncovered in archaeological digs. This demonstrates the proof that we are not the original inhabitants here. It is time to solve this conflict, and that begins with us, the Arabs, accepting the Jewish people’s true historical connection to this land. We have everything to gain from so doing”.

I do agree with Rami Dabbas who said, the main reason Arab countries resist normalization with Israel is their mindset of rejecting Western civilization. The Jewish State is a civilized and democratic country like those Western nations – even in some cases more so. Arabs have been raised to detest such brand of civilization. If we closely look into the Muslim nations, both Arab and non-Arab, who are either engaged into Israel-bashing or considering the Jewish State as an “enemy nation” often to not truly understand what they actually are protesting or doing. On the one hand, they want to be benefited from the Westerners and even Israeli civilization but then reject the existence of the State of Israel.

It is globally accepted that the Israeli scientific research is often ahead of what’s coming out of Europe and America. Should there be relations between Dhaka and Jerusalem, Bangladesh will immensely benefit in boosting its agro productions by using Israeli agro-tech. At the same time, Bangladesh also can resolve the existing electricity shortage by joining hands with Israeli technology companies.

Bangladesh is one of 29 UN member states that does not recognize the state of Israel. It is one of several countries that officially bans its citizens from traveling to Israel and does not accept Israeli passports. In November 2003, Bangladeshi journalist Salah Uddin Shoaib Choudhury was arrested for attempting to fly to Tel Aviv, arraigned for “sedition, treason, and blasphemy”, and sentenced to a seven-year prison term. Bangladesh officially supports a sovereign Palestinian state and an end to Israel’s illegal occupation of Palestine.

In a September 2011 statement published in the Jerusalem Post, an Israeli government spokesperson said, “We have no conflict with Bangladesh. We want dialogue. We want people-to-people relations. We welcome the religious-minded people of Bangladesh to visit the holy land of Jerusalem”. Israel fruitlessly “sought a relationship with Bangladesh” after they had established “full diplomatic relations with China and India in 1992”.

Bangladesh maintains a ban on trade with Israel even though both countries are members of the World Trade Organization. In 2014, it was found from the official statistics of the Bangladesh Export Promotion Bureau that Bangladesh had exported a small amount of merchandise goods worth about US$2,577 to Israel in 2013–14 fiscal year. In recent years however, it is found that Bangladeshi products are exported to Israel through USA or European Union or other third countries.

During these years under review, Bangladesh mainly exported apparel, knit and textile products to Israel. Besides garments items some ceramic items were also exported.

Israel’s foreign trade official statistics also showed that the country is importing goods from Bangladesh. According to the respective website, the country has imported $ 17,571 and $ 26,558 in 2012 and 2013 respectively.

EPB officials said that there are two ways to export goods to Israel. One is few individual’s direct export. Other way is, by notifying party.

An official of the EPB tried to explain it in following way:  a Bangladeshi is exporting to UK. The UK importer is the consignee. The consignee asked the exporter to make shipment of partial goods to a firm or individual in Israel. The Israeli party becomes a notifying party. And goods send to Israel turn it an export to the country.

According to business analysts, the volume of export of Bangladeshi goods to Israel would increase many folds once there are economic relations between the two countries. In this case, analysts are suggesting Dhaka of adopting the same policy it had earlier adopted for opening economic cooperation between Bangladesh and Taiwan.

Recently Israeli scientists have invented medicines for cancer, blood pressure and diabetes, which would be of great interest to the people of Bangladesh. Particularly the invention of oral insulin by an Israeli company which would substitute the injection insulin of the diabetes patients would not only help the patients from getting rid of daily physical pains, but it also will help Bangladesh in saving millions of dollars each month. According to statistics, more 35 million Bangladeshis currently are suffering from diabetes and a large segment of these patients are dependant of injection insulin. Israeli biomedical scientists also have invented 3D heart with human tissue.

“This is the first time anyone anywhere has successfully engineered and printed an entire heart replete with cells, blood vessels, ventricles and chambers,” said Prof. Tal Dvir of TAU’s School of Molecular Cell Biology and Biotechnology, Department of Materials Science and Engineering in the Center for Nanoscience and Nanotechnology, and the Sagol Center for Regenerative Biotechnology, who was the lead researcher for the study.

Heart disease is the leading cause of death among both men and women in the United States. In Israel, it is the second largest cause of death (after cancer).

Heart transplantation is often the only treatment available to patients with end-stage heart failure. The waiting list for patients in the US can be as much as six months or more. In Israel and the US, many patients die while on the waiting list, hoping for a chance at survival.

“This heart is made from human cells and patient-specific biological materials. In our process, these materials serve as the bio-inks, substances made of sugars and proteins that can be used for 3-D printing of complex tissue models,” Dvir explained.

The next step, they said, is to teach the hearts to behave like human hearts. First, they will transplant them into animals and eventually into humans. The hope is that within “10 years, there will be organ printers in the finest hospitals around the world, and these procedures will be conducted routinely,” Dvir said.

Relations between Bangladesh and Israel are important and it would be mutually beneficial. In this regard, the only person who has been championing this noble cause is none but Salah Uddin Shoaib Choudhury. He is the person, who has risked his life ignoring the threats posed by radical Islam and enemies of Jews and Israel, for the cause of openly defending the Jewish State right by sitting inside Bangladesh. He began these noble efforts since 2002. If there will be relations between Bangladesh and Israel, the only person who would deserve appreciations of all of us is Mr. Choudhury.