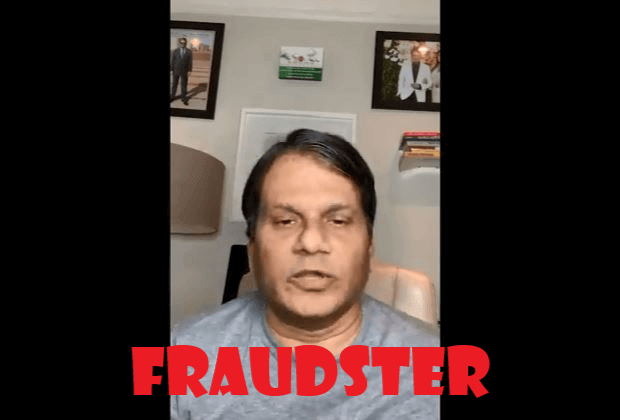 Readers in Bangladesh are deprived of accessing Blitz online edition as it has been blocked by the authorities since January 22, 2019. Ever since the ruling Awami League won a third consecutive term through the December 30 general election, this is the first case of blocking any newspaper site. It may be mentioned here that, a section of pro-Islamist and antisemitic forces within the Bangladesh administration are mad at Blitz for its bold editorial policy of confronting radical Islamic militancy, antisemitism and culture of hatred.

Since its publication in 2003, Blitz has been vigorously upholding its editorial policy despite repeated threats of intimidation as well as bomb attack and wrong imprisonment of its editor.

It may be mentioned here that US President Donald Trump in his congratulatory message to Bangladesh Prime Minister Sheikh Hasina on her winning of the December 30 general election has categorically emphasized on ensuring rule of law, freedom of expression and freedom of press.

Meanwhile a source inside BTRC said the move of blocking Blitz online edition came following publication of a number of reports on the ISIS connection of a sacked Colonel.

According to the reports, Colonel (sacked) Shahid Uddin Khan had smuggled out millions of dollars from Bangladesh and has invested in various business ventures in the United Kingdom. British authorities did not inquire about the source of the money. It also did not hesitate in accepting illegally smuggled out huge sum of money from Bangladesh.

Moreover, on January 16, 2019 during a raid at Dhaka residence of this sacked Colonel, members of the Counter Terrorism and Transnational Crime (CTTC) unit of Bangladesh Police recovered arms, ammunitions, explosives, detonators, counterfeit currency and ISIS recruitment maters. Later CTTC told the media that Shahid Uddin Khan is funding ISIS for many years. He also is involved in jihadist attacks in the United Kingdom.

From credible source it was learnt that Colonel (sacked) Shahid Uddin Khan being aggrieved at Blitz for running reports exposing his activities,  had requested a serving military official in Dhaka with the request of asking BTRC to block access to Blitz from Bangladesh. Accordingly that official had instructed the telecom regulatory body to block the site.

It may be mentioned here that, Colonel (sacked) Shahid Uddin Khan had appeared in a talk show at London-based ‘ion tv’ and passed extremely offensive remarks against DGFI as well as termed the December 30 general election as ‘rigged’. Despite such dangerous role of this sacked officer, it is a matter of grave surprise that a serving army officer has complied with his request and took the initiative of blocking Blitz site. It generates the ground of doubt about Shahid Uddin Khan having effective relations with many serving officers in the Bangladesh Armed Forces who are willing to cooperate with him despite the fact of his direct connection with Islamic State.