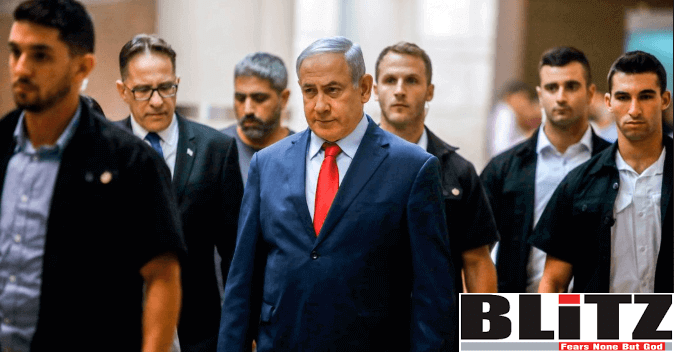 In a stunning and first-ever circumstance in the history of the State of Israel, there will be a second Knesset election held this year. The blame for these additional elections, which are estimated to be costing the state around $500 million, has been placed on a number of doorsteps, including that of Prime Minister Benjamin Netanyahu, head of the Israel Beiteinu Party Avigdor Lieberman and the ultra-Orthodox, depending on who you ask.

After the 21st Knesset voted to disband itself and go to elections, Netanyahu appeared upset, insisting that it was unnecessary, and that Lieberman was to blame for the impasse in coalition negotiations. For his part, Lieberman gave a press conference on Thursday and laid the blame at the feet of Netanyahu and the ultra-Orthodox parties.

“The party responsible for Israel going to elections again is the Likud,” said Lieberman. “The public is tired of ultra-Orthodox demands.”

But according to Jonathan Rynhold, deputy head of the department of Political Studies at Bar-Ilan University in Ramat Gan, as well as director of the Argov Center for the Study of Israel and the Jewish People, this has nothing to do with ultra-Orthodox conscription and everything to do with legislation over immunity.

For Rynhold, the reason Lieberman is talking about conscription and not immunity is because he “does not want to be seen as putting the knife in Netanyahu’s back.”

Still, it is indeed the immunity legislation that is the real issue, he stated.

A draft of that bill, filed by a Netanyahu loyalist, says that members of the Knesset cannot be charged with crimes allegedly committed during or before their role in government unless a committee and the Knesset as a whole waivers that immunity.

“We are for the State of Israel. We are for a Jewish state. We are against a state run by Jewish law,” emphasized Lieberman.

He expressed hope that in the next elections, “we will reach 17 or 18 mandates.”

Responding to those who complained that the new elections will cost the state a huge amount of money, Lieberman brushed off the concern, saying “when I heard what the Likud was offering the ultra-Orthodox from a financial perspective, the elections are saving Israel a lot of money.”

While most people see this as having stemmed from a fight over a bill to regulate ultra-Orthodox conscription to the army, some see it only as an effort by the prime minister to avoid indictment for alleged wrongdoing in a number of legal cases currently open against him.

‘He is not telling the truth’

Gilad Malach, director of the Ultra-Orthodox in Israel Program at the Israel Democracy Institute, said the decision to go to elections is indeed about ultra-Orthodox conscription.

Lieberman basically followed the rules of the Supreme Court which, in September 2017, struck down part of a 2015 law exempting ultra-Orthodox students from military service, calling the measure discriminatory and unconstitutional, and demanding higher quotas and financial sanctions on those ultra-Orthodox yeshivahs or seminaries that do not comply.

While this legislation passed its first reading in the last Knesset, Lieberman sought to ensure that it passes its second and third reading immediately after joining the coalition. The ultra-Orthodox, for their part, sought a softer version of the bill. This quandary left Netanyahu with the unenviable task of working out a compromise, which he claimed he did.

Malach didn’t buy it. “When Netanyahu said that ‘we offered compromises,’ he is not telling the truth.”

Malach said the first compromise was “adopting the point of view of the ultra-Orthodox parties.” The second compromise, he said, was starting the negotiations over the conscription legislation in earnest, but too late.

“It was a great failure of Netanyahu analyzing the situation,” said Malach.

He added that the prime minister should have tried to get deeply into the negotiations to find a solution.

“You can’t do it at the last moment,” he said. “It wasn’t a very serious and developed compromise, so I understand Lieberman’s refusal.”