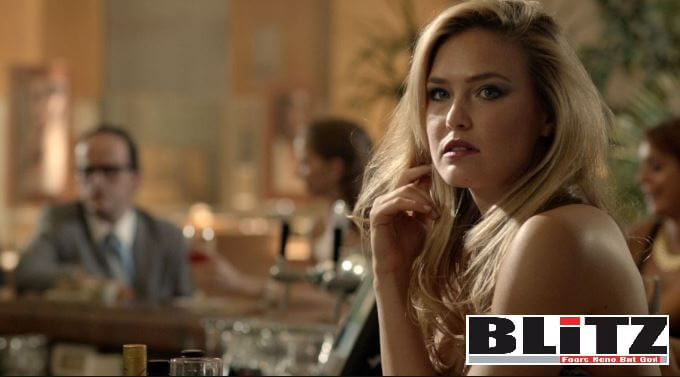 I have a friend who can look her husband straight in the eyes, even when confronted with irrefutable evidence, and convincingly swear that her ‘this season’ Louboutins was purchased for an obscene discount from a hawker in Canal Street [not true – I’ve watched her in action on Fifth Avenue].  Another has the passwords of her boyfriend’s e-mail and social networking accounts while he, of course, is blissfully unaware that his every virtual move is being monitored by his seemingly un-tech savvy girlfriend.

When I share the chilling tittle-tattle with my friend Jimmy, he kindly describes them as “undercover angels.” “Women,” he offers,  “are born with an extra strand in their DNA. Men can fidget around with gadgets, but women have an antenna inside them. They’re born spies.”

As flippant as it may sound, there may be something to Jimmy’s observations.

Last week, in a stunning departure from protocol, the head of Mossad – Israel’s national intelligence agency – singled out his female field agents for praise. “Women have a distinct advantage in secret warfare because of their ability to multitask,” Tamir Pardo said to Israel’s Lady Globes. He also added that women are “better at playing a role” and superior to men when it comes to “suppressing their ego in order to attain the goal.”

“Women are gifted at deciphering situations. Contrary to stereotypes, you see that women’s abilities are superior to men in terms of understanding the territory, reading situations, spatial awareness. When they’re good, they’re very good.”

Wait – hold fire. So can we infer from this that we’re better at map-reading and navigating the streets?

I’m taking a moment here to think of every woman who has unfairly lost an argument with a member of the opposite sex. Over directions.

While some may find the observations of Mossad’s spy chief surprising – is it really? We’ve been conditioned by popular culture – spy movies with protagonists such as James Bond and Jason Bourne which perpetuate the myth that the best spies are men, and that women’s contribution to espionage – with names like ‘Pussy Galore’ and ‘Strawberry Fields’ – is limited to the role of ‘honeytrapper.’

What Mr Pardo has effectively done is lift the lid on the role of women in arguably one of the most dangerous professions on earth.  “We’re all afraid,” he says. “Fear crosses gender lines.”

A young Israeli Brit, Simon Cohen tells me: “When I was serving [for Israel], I noticed that most of the instructors were female. After asking why, I was told there is a better response from the lads as we apparently learn better…”

Intriguing.  I felt that there was only one way to understand the makings of a female spy: track, locate and interview one.

One of the CIA’s best-kept secrets

Lindsay Moran worked for the CIA for five years. Trained at the infamous ‘Farm’ in surveillance, counter-surveillance and survival techniques such as weapons training and defensive driving [driving backwards fast while only looking at the rear-view mirror], she was posted to Eastern Europe where her job focused on recruiting ‘agents’ who would then pass intelligence to the CIA.

She tells me that that one of the CIA’s best-kept secrets is that their most talented spies are women. “The women in my training class and those with whom I later served were always the top recruiters of foreign agents – which is the bread and butter of the secret service.”

So, what exactly is it about women that gives them a day to day advantage in this profession? Well – apart from the ‘femme fatale’ business.

Being able to make friends easily, to read people – determine their motivations and vulnerabilities. “When we received training about how to ‘spot and assess’ potential sources, it came naturally to the women. I felt like I’d been doing it my whole life,” Lindsay explains.

Contrary to popular belief that you need to be physically fit to outmaneuver the enemy, it’s actually the ability to read the danger potential of a person or situation – in other words, having the smarts, which is the key to survival on the ground. “Women are already attuned to the security of their environment. We are always on the lookout for suspicious characters, people who might be following us, dangerous situations. We’ve compensated for being the physically ‘weaker sex’ by developing these street smarts.”

Women have the “nurturing instinct”

The main focus of an operations officer – which is just a technical term for being an agent or spy – is handling foreign ‘assets’ or sources. Some may say this is not dissimilar to a mothering role. “You have to train your sources to look out for their own security. Very often you’re dealing with not the most reliable, stable or trustworthy individuals – just like kids – and you must safeguard them against any number of threats.”

Handling an agent requires listening to their concerns or complaints. “Many of the men in my training class had to be instructed on how to listen or on how to elicit information. It came naturally to us women,” Lindsay explains.

Women spies have a built in ‘cover story’

According to Lindsay, women always have the advantage in creating a reasonable sounding excuse for why they might be meeting with a man in a parked car, hotel room or dark restaurant on the edge of town.  “The standard cover story is we’re having an affair. It’s plausible under any circumstances and in any part of the world.”

So that’s the reality of the spying game for women. As for the movie-version, we’ll just have to wait and see if James Bond will ever be replaced by a Jane.