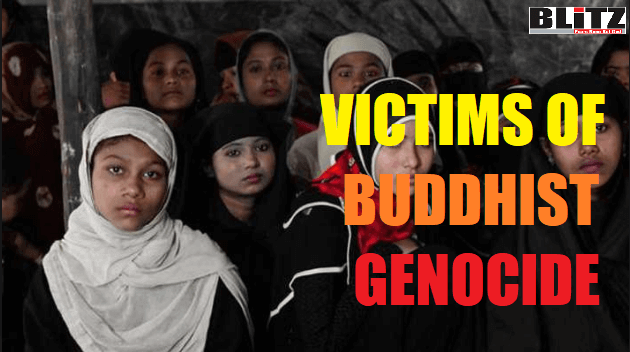 The Rohingya Muslims have faced persecution in Myanmar for decades. And yet no violence in their recent history has compared to that which the Myanmar military inflicted in August 2017. After militants from the Arakan Rohingya Salvation Army attacked police and army posts in northwestern Rakhine State on August 25, the military responded by killing thousands of Rohingya civilians, raping hundreds of Rohingya women and girls, and burning entire villages to the ground. In the course of a little more than three months, more than 700,000 Rohingya were forced to flee for their lives to Bangladesh. Myanmar authorities claimed they had conducted a “clearance operation” to rid the country of militants. In reality, they were fulfilling a long-standing dream of Myanmar’s Buddhist nationalists: the ethnic cleansing of the Rohingya Muslims.

The refugees joined hundreds of thousands of Rohingya who were already in Bangladesh seeking refuge after previous attacks, bringing the total to 1.2 million. Today, more Rohingya live as refugees than remain in Myanmar. Bangladesh and humanitarian organizations are struggling to provide for the needs of refugees, while Myanmar refuses to take the steps necessary to ensure the safe and voluntary return of the Rohingya to their homes in Rakhine State. International attention to the plight of the Rohingya has waned, even as the Myanmar military continues to terrorize those who remain in Rakhine State. Many Rohingya in the camps in Bangladesh say that they fear they will soon be forgotten.

China and Russia have thus far blocked UN Security Council action to hold the Myanmar military accountable for these atrocities, but the United States and other Security Council members are not doing enough to secure justice. The Rohingya will not be returning to Myanmar anytime soon, so for the foreseeable future the camps in Bangladesh will be their only home. The Bangladesh government should do everything in its power to make the camps more livable, while donors should provide sufficient aid to ease the burden on Bangladesh.

Rohingya refugees have fled to Bangladesh for decades. Violence in the 1990s, 2012, and 2016 caused major refugee flows. Before 2017, the Bangladeshi government periodically pushed back refugees and sought to block international humanitarian groups from providing services to them. But this changed with the huge influx in August 2017. Public opinion in Bangladesh sympathized with the Rohingya, with many groups organizing volunteer efforts to assist them. The government responded to the public mood by adopting a more welcoming policy. Prime Minister Sheikh Hasina promised to share food and other resources with the beleaguered community, leading the local authorities in Cox’s Bazar, the largest city near the camps, to erect posters and billboards proclaiming her the “Mother of Humanity.”

But in September 2018, one year into the crisis, Sheikh Hasina said that Bangladesh could not afford to permanently absorb the refugees. In March 2019, Bangladesh’s foreign secretary, Shahidul Haque, told the Security Council that the country “could no longer… accommodate more people from Myanmar.” The government’s initial response was predicated on the expectation that the Rohingya would be short-term guests. It hoped that the threat of sanctions and international justice would  persuade the Myanmar authorities to create the conditions that would allow the Rohingya to be able to return to their homes.

The situation for the Rohingya in Bangladesh is dire. Crammed into crowded camps, refugees increasingly suffer from crime and violent disputes. They are not allowed to move around the country freely, and their access to employment, education, and other social services is heavily restricted. Human Rights Watch has found that since January 2019, authorities have expelled Rohingya refugee children from schools because they are not Bangladeshi citizens. The future hardly looks bright for the refugees in the camps.

Bangladesh has proposed only one solution to this overcrowding, and it is unacceptable: Dhaka has offered to relocate at least 100,000 Rohingya to a silt riverine island in the Bay of Bengal called Bhasan Char. Many experts and international donors fear that refugees on the island would be at risk from cyclones and tidal waves. Bangladeshi officials claim that the island has been secured with embankments, and that the homes and cyclone shelters there are better than anything available to millions of Bangladeshis. Even if this is true, there remains the question of the refugees’ rights: Bangladesh insists that relocation will be voluntary but has yet to explain how it intends to persuade 100,000 Rohingya to move to this de facto prison island where they will be cut off from the rest of their community and the wider world. Officials have not provided convincing assurances that the refugees on the island would be free to move around and earn livelihoods.

Sending refugees back to Myanmar is also clearly not an option. In November 2017, China—eager to play kingmaker in its backyard and looking to prevent outside intervention in the region—brokered a repatriation agreement between Bangladesh and Myanmar. Myanmar agreed to accept 1500 “properly verified” refugees per week in temporary shelters, which were ringed with barbed wire and guarded by police and military. But when authorities sent buses to the camps to transport the refugees back over the border, not a single refugee volunteered to go.

The Rohingya don’t trust Myanmar’s leaders—and with good reason. As one refugee told Human Rights Watch, “They will kill us if we go back.” According to the September, 2018 report of a UN fact-finding mission, the Rohingya will be safe only when Myanmar’s leaders investigate and prosecute the country’s military chief and other leaders for genocide and crimes against humanity in Rakhine State, as well as for war crimes in other areas of Myanmar. But despite the overwhelming evidence, Myanmar’s leaders, including the Nobel laureate Aung San Suu Kyi, refuse to take any steps toward bringing these people to justice. Rather, in an attempt to buy time, they have so far responded to calls for accountability with repeated domestic inquiries, all of which have whitewashed atrocities and absolved those responsible of wrongdoing. Myanmar continues to defy international law by denying the Rohingya equal access to citizenship. Its leaders even refuse to use the term “Rohingya,” expecting interlocutors, including diplomats and UN officials, to share in the erasure of the community’s proclaimed identity even while discussing that very community’s rights.

Although Bangladesh continues to participate in the repatriation negotiations, officials privately doubt Myanmar’s commitment. “They assured me several times that they will start to take back Rohingyas,” Bangladesh Minister of Foreign Affairs Dr. A. K. Abdul Momen said in a briefing with journalists, but “the atmosphere for safe repatriation of Rohingyas inside Myanmar has not been created yet.” Bangladesh has proposed internationally monitored safe zones for the returning Rohingya, but Myanmar rejects the kinds of foreign presence that would provide real safety for returnees. Rohingya rightly fear violence upon return or that they would end up in the kind of de facto military-run detention camps that an estimated 125,000 Rohingya have been confined to in central Rakhine State since a wave of military-backed violence there in 2012.

In order to lessen the displeasure of the international community, Myanmar’s leaders will probably continue publicly to insist that they are ready to welcome back the refugees. But this is just rhetoric. Their goal was to force Rohingya from the country and they have largely succeeded. There is little reason to believe that they intend to allow the Rohingya to return safely and permanently to their homes. The government has bulldozed villages in the ethnically cleansed areas and is now rapidly “developing” them, constructing new housing and other structures for the area’s Buddhist population. UN officials have expressed concern that this so-called development is intended to cover up Myanmar’s crimes and erase the Rohingya from northern Rakhine.

A TIME TO ACT

The international community has taken small steps toward pushing for accountability in Myanmar. Last September, a panel of judges from the International Criminal Court confirmed that the court could assert jurisdiction over Myanmar officials who forced Rohingya to flee to Bangladesh. Deportation qualifies as a crime against humanity, which falls within the court’s purview, the panel determined. The prosecutor is now deciding whether to seek a formal investigation. Also in September, the UN Human Rights Council created an independent international commission that would gather and preserve evidence of crimes against the Rohingya for future prosecution.

Some governments, too, have applied pressure. The United States, Canada, and the European Union have imposed sanctions on some members of the Myanmar military responsible for the 2017 atrocities. The European Union is considering a formal review of Myanmar’s access to the EU market under its Everything But Arms (EBA) program, which gives tariff-free access in exchange for commitments to uphold basic human rights standards. Malaysia and Indonesia, which have long endorsed the doctrine of “non-interference in the internal affairs” of other states, have publicly called on Myanmar to change course.

Myanmar will only budge, however, if the costs of continued defiance become too high to bear. Aung San Suu Kyi and Myanmar’s military need to be shown that their intransigence could lead to economic, diplomatic, and political disaster. The Rohingya cannot be forced to wait any longer in what Yanghee Lee, the UN Special Rapporteur on Myanmar, called in March “the purgatory of international inaction.”