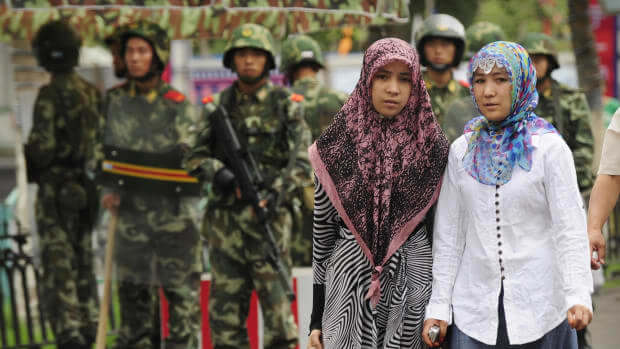 The world either has become double standard or gone rogue. Otherwise, it won’t in one hand exhibit zero tolerance towards radical Islamic militancy and in the other express undue sympathy and even bias towards the radical Uyghur Muslims in China. If we closely monitor the global media, we shall be shocked, if not terrified seeing madness in favour of those Uyghurs. Despite the fact that China has been effectively combating threats posed by the radical Islamic terrorism, the world is either ignorant of the situation in that country or are simply picking up the Uyghur issue being influenced by patrons of radical Islamic militancy. While President Donald Trump may have difference of opinion on politics or economy with China, he should not see anything wrong in China’s ongoing battle against militancy, terrorism and radical Islam.

Let us first understand the degree of ongoing media offensives against China centering the Uyghur issue. On November 28, 2018, Michael H. Fuchs, Daniel Benaim and Blaine Johnson jointly wrote an opinion editorial titled ‘China is violating Uighurs’ human rights. The United states must act’ in the Foreign Policy magazine. In this oped, they wrote, “

The Chinese Communist Party is carrying out a methodical campaign of oppression in an apparent attempt to extinguish the religion and ethnicity of the Uighur people. Residing mostly in what the Chinese state calls its Xinjiang Uighur Autonomous Region, Uighurs today are not free in the most fundamental sense of the word—not to travel, not to practice their faith, not to speak with their relatives, not to name their children. Not even submission to discriminatory government regulations and coercion keeps their families safe. And the world barely seems to notice.

“While the United States may not be able to achieve everything it might want when it comes to China, it must call the world’s attention to Xinjiang, pressure Beijing, attempt to ease the plight of imprisoned Uighurs and other minority groups, and deter other countries that might seek to emulate Beijing’s campaign of oppression”

Beijing’s oppression? Really? Let me first of all make a point clear. I am not any defender of Communism not a propagandist of Beijing. Being a journalist who has been combating radical Islam and jihad for almost two decades, it is my responsibility of standing in defence of any nation that confronts radical Islam and jihad.

In China, a large section of the “innocent” Uyghur Muslims are connected or affiliated with various Islamic militancy groups such as Al Qaeda, Islamic State etc. There have been hundreds of terrorist attacks in the Xinjiang Province in particular which were carried out by Uyghur Muslims. Should Beijing not being able effectively combating these militants, Xinjiang by now would have turned into another Mindanao (a province in the Philippines) if not even worst.

The aforesaid oped in the FP magazine said, “Many Uighurs who remain in their homes live under the surveillance of government-assigned Han Chinese “relatives” in forced homestays. The government has mobilized more than 1 million uninvited guests “to aid the military and police in their campaign by occupying the homes of the region’s Uighurs and other Muslim minorities, and undertaking programs of indoctrination and surveillance.””

Is it a crime putting a suspected terror-linked community under surveillance? We know, such surveillances are continuing in almost all the countries in the world, as part of commitments of confronting radical Islamic militancy. Chinese authorities have every right of monitoring any suspicion of jihadist indoctrination amongst the Uyghur Muslims. It is no crime at all. Rather it is a praiseworthy initiative of a country that stands committed in combating radical Islamic militancy.

Chinese government at least in the case of Uyghur Muslims is not violating any international law. Rather, if Beijing was silent on this issue, it would be deemed as a heinous crime. China should not place it in the queue with terror-patron Iran or similar rogue countries that patronize radical Islamic militancy. What Beijing is doing in Xinjiang province in combating radical Islamic militancy and religious extremism is something praiseworthy. International community should not buy the pro-Uyghur propaganda in this case at least.