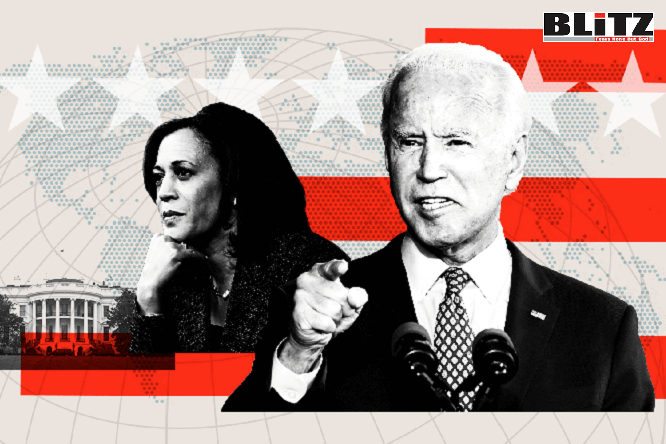 Will Joe Biden and the Democrats succeed in stealing the election? It’s early yet, but there are disquieting signs already. Pennsylvania’s wildly partisan attorney general Josh Shapiro tweeted Saturday, before a single vote was counted: “If all the votes are added up in PA, Trump is going to lose.” In Shapiro’s Philadelphia on Tuesday morning, the Philadelphia Republican Party charged that certified Republican poll watchers were being denied access. In Georgia, all the voting machines in Spalding County, which voted 60% for Trump in 2016, went down. Scott Adams noted: “The Fake News will try to install Biden as president, no matter the vote count, if the election outcome is even slightly questionable. And it will be.”

If the efforts to install Biden in the White House, no matter what the vote count really is, fail, then there will be riots. The numerous boarded-up businesses in major cities testify to their likelihood. For all too many on the Left, it seems as if the choice America faces today is Biden or Blood.

That recalls another presidential election in our nation’s distant past, when the Republican governor of Ohio, Rutherford B. Hayes, ran against the Democratic Governor of New York, Samuel J. Tilden. As Rating America’s Presidents notes, Tilden was the Democrats’ third straight candidate from New York (and General George B. McClellan, their 1864 standard bearer, was from New Jersey). With the South largely in their camp even during Reconstruction, the Democrats knew that it was the North they had to win to regain the White House. And while the Republicans “waved the bloody shirt,” as they had in 1868 and 1872—that is, accused the Democrats of responsibility for the Civil War—the Democrats had an effective comeback as the party of clean government fighting against what they characterized as the party of corruption.

It almost worked; actually, it may really have worked. Tilden won the popular vote by 250,000 votes over Hayes. He also seemed to have won the electoral vote, and hence the presidency. However, in three Southern states, South Carolina, Louisiana, and Florida, the Democrats and Republicans produced two separate popular vote tabulations, both claiming victory in each state. There was also a dispute about one elector in Oregon, where the Democratic governor had appointed a Democrat after a Republican elector resigned and the Republicans cried foul. At stake were twenty electoral votes. The undisputed tally had Tilden with 184 and Hayes with 165, so if Hayes were awarded all twenty of the disputed votes, he would win the presidency by one vote.

The dispute roiled the nation. No one was sure what to do, as the Constitution hadn’t provided for such a contingency, and while the Republicans may have been engaged in voter fraud, the Democrats had almost certainly practiced voter suppression, preventing freedmen, who voted for the party that freed the slaves, from voting, or throwing out their votes uncounted. In 1878, a congressional investigation found evidence of Democratic attempts to bribe election officials. But it is unlikely that the Republicans weren’t cheating as well.

Enraged Democrats charged that the Republicans were trying to steal the election. Some, crying “Tilden or Blood!” even threatened a new civil war if their candidate was not declared the victor. Finally, Congress appointed a commission of seven Democrats, seven Republicans, and one independent to determine which votes to accept and which to reject. The independent, however, Supreme Court Justice David Davis, resigned to take a seat in the Senate; his replacement was a Republican, and the die was cast. On an 8–7 party-line vote, the Republican vote totals were accepted. Hayes was named “the duly elected president of the United States” on March 3, 1877, the day before the inauguration.

The Democrats accepted this, although they derided Hayes as “Rutherfraud” throughout his presidency. Tilden took the news resignedly, saying: “I prefer four years of Hayes’ administration to four years of civil war.” He withdrew from the field while maintaining the rightness of his cause: “I can retire to private life with the consciousness that I shall receive from posterity the credit of having been elected to the highest position in the gift of the people, without any of the cares and responsibilities of the office.”

One reason why the Democrats did not draw out the dispute or refuse to accept the commission’s decision that Hayes had won was that they had driven a hard bargain: as a condition of their accepting Hayes’s election, they demanded, and received, the withdrawal of federal troops from the South. Reconstruction was over, and with it died any semblance of equality of rights for black Americans. Republican “carpetbaggers” packed up their carpetbags and returned to the North; the South became a one-party state that replicated antebellum society, with blacks denied voting rights and discriminated against in numerous other ways.

Was the reinforcement of second-class status for the freed slaves and the end of any chance to make America a society in which all people truly enjoyed equality of rights worth it, so that the country could experience the presidency of Rutherford B. Hayes? No.

And here we may be again. But today, the Left has created an atmosphere so overheated that even a deal like that of 1876, as flawed as it was, may not be possible. Will Democrats accept the will of the people if their man loses? Or will it be Biden or Blood?