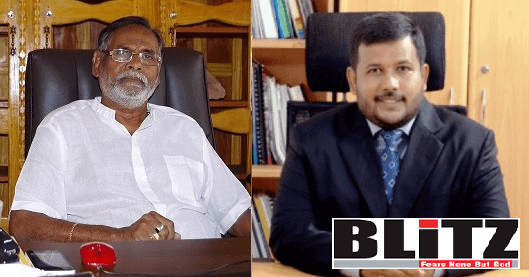 In my capacity as one of the Senior Advisors of Minister Rishad Bathiyudeen, I advised him to work and promote those thousands of Tamil speaking Muslims, who were driven out of the Northern Province by the Liberation Tigers of Tamil Eelam (LTTE) in 1990.

I clearly remember that the affected Muslims of Vanni region were helpless as they were simply ignored by the Tamil leadership as well as by the Colombo based Muslim leaders. My suggestion was that Minister Rishad should give top priority for the displaced Muslims of Vanni and actions should be taken to reintegrate them in their original places of abode.

Kindly note that Minister Rishad was following and continues to follow the right course of action needed to promote the best interests of the thousands of Muslims displaced by the LTTE and nothing else.

In the meantime, I was very shocked and perturbed by the recent news report that appeared in the ColomboTelegraph.com, by by N. Logathayalan. The article titled “Rishard Bathiudeen In Trouble Or Is It The Government In Trouble”?

Here is my response to that article.

As one of the Senior Advisors (since 2010) to Minister Rishad Bathiudeen, I wish to point out some baseless allegations and clearly incorrect facts in the above article that are misleading and create a wrong image of the Leader of ACMC and Minister of Industry and Commerce Resettlement of Protracted Displaced Persons, Cooperative Development, Skills Development & Vocational Training among readers. I appreciate if colombotelegraph.com can correct these and republish it or publish this letter in full with the same publicity given to the above article so that any damage to the good image of Minister Bathiudeen shall be rectified.

1) “At the same time those like Minister Rishard Bathiudeen against whom there appears to be serious evidence that he is behind far more heinous acts were going about in expensive government cars. There is no equal application of the law.”

I request to prove this statement- Where is the serious evidence? Heinous acts were performed by the ISIS Terrorists on 21 April and not by Hon. Minister. Which “heinous acts” that he has specifically committed? If he really committed such acts as you imply, then why would the Police and Security forces have not questioned him so far? (The fact that he is a Cabinet Minister does not suggest that he is above the law. In fact as he openly announced several times after April 21, he is ready to face any investigation).

2) “The milieu among Tamils was explosive because

This is a baseless allegation on a political agenda. Hon Minister Bathiudeen cannot continue his politics in Vanni District by working against any community. I can confirm that he, his family and thousands of other Muslim families were expelled by LTTE from Vanni District in 1990 in an act of ethnic cleansing -and despite this, today as an elected MP, he serves all the communities in the Northern Province. As for “working against Tamils in East”, he does not represent Eastern voters and therefore It is clear that this statement is an attempt to tarnish his political image.

Can the writer clearly show what or who this “Tamil Base” is? And can the writer also explain how can he work against Tamils and work with a Tamil base AT THE SAME TIME?

Sadly as much as he unreservedly condemns these heinous acts, he has been unaware that any of the bombers used one of his cars. All his cars are still existing and in operation without getting blown up anywhere even at THIS MOMENT. He requests your clarifications or identification as to the exact Registration No. of this “car”.

4) “two pairs of vehicle number plates bearing numbers Wpku-1887 and NpLp-0786 were recovered. Neither pair was attached to any vehicle. One set, that is NpLp-0786, was found to be phony.”

A statement has already been recorded by Mannar Police in this regard and no complaints were filed against him so far. This was so since there was no wrongful act on his part. Hon Minister was in Colombo on the day this event took place in Mannar. You may clarify this further with Police station, Mannar.

It is clear that this is an act of political revenge for his decision to not to support the 2018 October 26 anti-democratic political coup. It is also clear that the real target of this Motion is the government and not really him.
I wish to stress that this is a critical time for Sri Lanka and definitely not a time to make irresponsible statements or make unfounded allegations. Such attempts only destroy the reputation of ColomboTelegraph. I request Editors at colombotelegraph.com to correct these errors before it is too late and republish this news item or publish this statement in full with the same publicity given to the above news item by N. Logathayalan.

K.T. Rajasingham is the advisor to Rishad Bathiudeen, minister of Industry and Commerce Resettlement of Protracted Displaced Persons, Cooperative Development, Skills Development & Vocational Training and editor of the Asian Tribune.