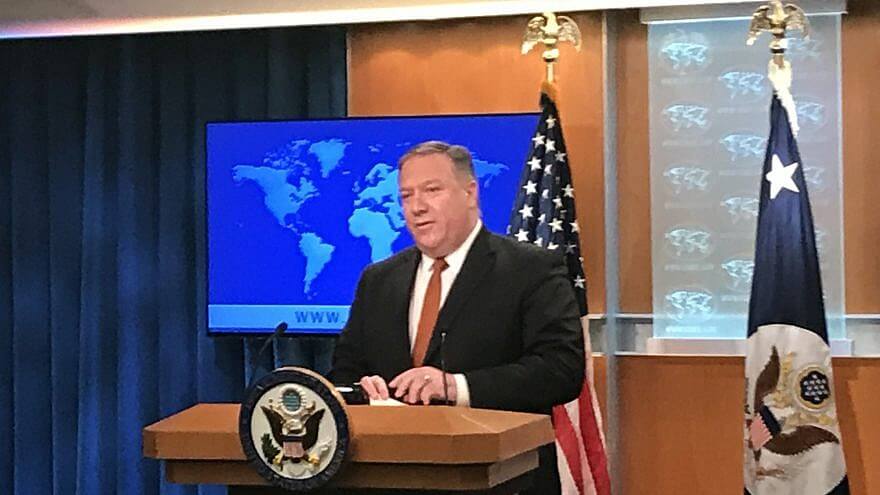 Ahead of the second round of American sanctions on Iran in November since the U.S. withdrawal from the 2015 Iran nuclear deal, Secretary of State Mike Pompeo warned on Friday that those measures will drastically change the way any business is done with the regime.

“Make no mistake, come November 4th, there will be a fundamentally different set of rules on anyone who deems it necessary to engage in economic activity with the Islamic Republic of Iran,” he said.

Pompeo added that countries, especially in Europe, have already seen the ramifications of engaging with the world’s leading state sponsor of terrorism.

“You can see many countries already taking actions to combat Iran, discontinuing to do business” in advance of the deadline, he said.

“Not only the seriousness of U.S. sanctions, but they’re also coming to see this activity supporting the exact kinds of malign activities that President Trump has been talking about since the day he took office,” he continued. “Whether it’s providing missiles … the assassination efforts underway in the heart of Europe, I think the world is beginning to see the issues the [Iran deal] even pretended to address.”

Moreover, Pompeo expressed aversion with former Secretary of State John Kerry, who negotiated the deal on behalf of the United States, for engaging in shadow diplomacy to salvage the nuclear deal.

“What Secretary Kerry has done is unseemly and unprecedented,” said Pompeo. “This is a former secretary of state engaged with the world’s largest state sponsor of terror.”

Trump accused Kerry on Thursday of having “illegal meetings” with Iran.

“John Kerry had illegal meetings with the very hostile Iranian Regime, which can only serve to undercut our great work to the detriment of the American people,” Trump tweeted. “He told them to wait out the Trump Administration! Was he registered under the Foreign Agents Registration Act? BAD!”

The Foreign Agents Registration Act, or FARA, requires those representing the interests of international entities to disclose their relationships with foreign governments and their relevant finances and activities.