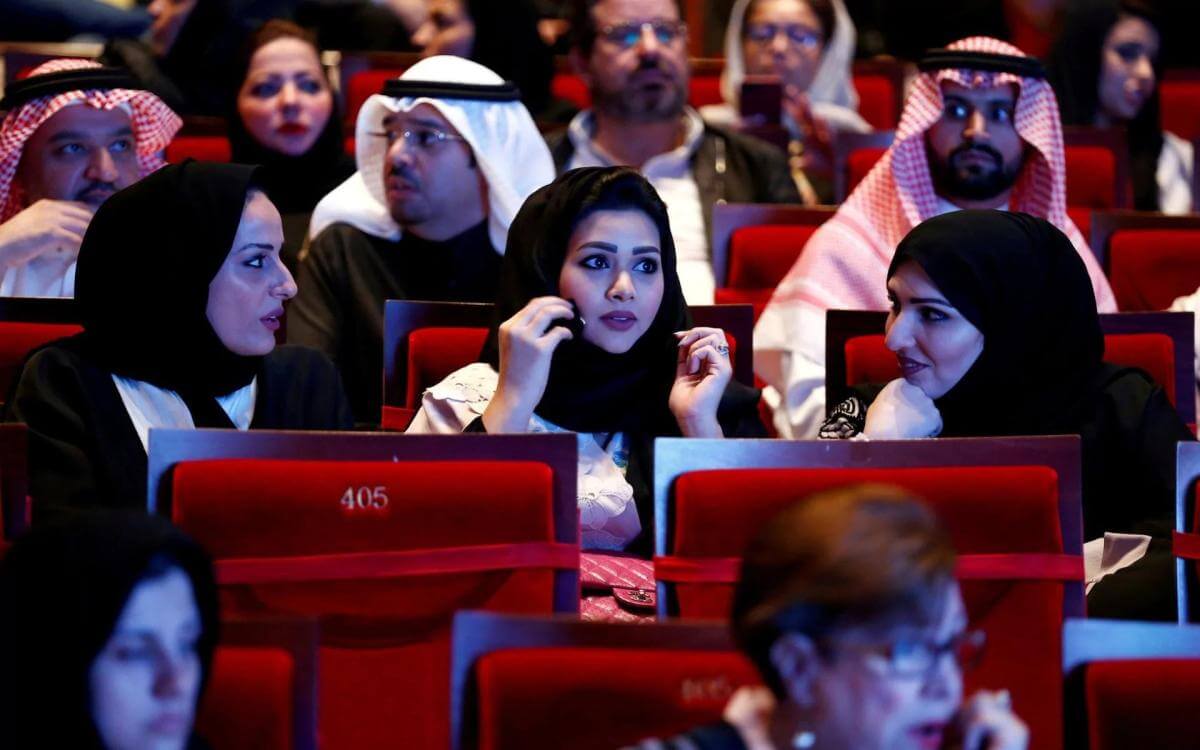 18 year old Rahaf Mohammed al-Qunun is not the first, nor will she be the last, Saudi citizen to risk her life in pursuit of freedom. 70 to 75% of the Saudi population is said to be below the age of 30 and most of them are yearning for political and social freedom and economic opportunities. They compare themselves with their counterparts regionally and worldwide and feel short changed. They are frustrated with their current social, economic and political affairs and see no brighter future for them in their tyrannically ruled country. Some of them risk their lives and flee their homeland in pursuit of a better life in non-Muslim lands.

In 2012, Hamza Kashgari, a brilliant 23 year old poet and journalist tweeted an imaginary dream he had with Prophet Mohammed, which was immediately labeled by Saudi zealot clerics as sacrilege, thus punishable by beheading. To escape officials’ and the public’s intense anger and threats, he took the first flight he could find leaving Saudi Arabia with the intent of seeking asylum in a non-Muslim country, Australia. En route, he was apprehended in Malaysia and forced to return to Saudi Arabia. His fate remains unknown despite Saudi officials’ claim he was released 20 month after his repatriation.

In 2017, Dina Ali Lasloom, a 24 year old was on her way to seek asylum in Australia via the Philippines. She was deplaned in Manila and shipped back to Saudi Arabia. No one has heard from her since April 2017. This piratical behavior was carried out by Saudi authorities ostensibly because Dina’s parents demanded her return. In reality, it’s the Saudi regime that demands repatriation of its citizens pursuing freedom, for fear of exposure of Saudi religious and political repressive and discriminatory policies and practices.

The overriding reasons for young Saudi females and males to risk their lives and flee their homeland are a combination of forbidding desert life, emphasis on centuries old impeding traditions, institutionalized male chauvinism, sectarian ferocious political and judicial systems and rejection of modern empowering values, such as freedom of expression and the individual’s right to think and live beyond what the oligarchs see fit.

Unless the Saudi rulers understand and accept that their 300 year old personalized oligarchical and theocratic system has to be transformed and replaced with a 21st century participatory governing structure that allows for freedom of expression, rule of non-sectarian law, citizens’ right to determine their destiny and their country’s future, Saudi society will reach a point where hope for a better life can only be achieved by a violent uprising. Millions of citizens, of all ages, regions and religious orientations, share the same hopelessness causing young Saudis to risk their lives, renounce their religion and flee their country in pursuit of freedom.

As this courageous Saudi woman explains, Saudi Arabia is one of the most autocratically ruled countries in the world; thus social media has become a forum that empowers women to communicate with each other and inform the international community of the destructive man-made conditions they endure from cradle to grave. “In a heavily regulated country like Saudi Arabia where the government decides what goes on TV, what news gets covered by the press and what books go on shelves in libraries and bookstores, blogging became a much-needed platform to speak out.”

Long before Prince Mohammed and his father inherited the throne in 2015, many Saudi women have been challenging and combating extremists, misogynists, defying the driving ban, demanding an end to child marriage and human trafficking, highlighting violence against women and campaigning for the reinterpretation of the arbitrary Shariah law. They have been in the forefront of the fight against the root causes of extremism and terrorism at a high personal, political, social, economic and religious cost.

Eman Al-Nafjan (now languishing in a Saudi dungeon) is one of the early fierce promoters of women’s rights in Saudi Arabia. She gained global prominence for her bold social media analysis of Saudi women’s oppression under the punitive discriminatory Saudi/Wahhabi system.  Her blog, Saudiwoman’s Weblog, became the most globally-available and valuable source of information about marginalization and repression of Saudi women. In May 2017, (one month before the ban on women’s right to drive was removed,) Crown Prince Mohammed’s ferocious security apparatus rounded up Ms. Al-Nafjan and other women and men rights advocates and threw them in Saudi prisons where they have been reportedly tortured and sexually harassed/raped.

While these courageous promoters of humane and democratic values are suffering in Saudi prisons, the Trump Administration, some media outlets and interest groups continue to exalt Prince Mohammed as a reformer and valued American ally. Astonishingly, feminist American organizations have hardly even mentioned the sufferings of their Saudi sisters.

Instead of supporting these visionary and courageous women, President Trump and other western democratically elected officials who claim to be fighting Islamist ideological threats, applaud and embolden the oppressors of Saudi women. Ironically, severe feminist critics of the Trump Administration apparently share its approach when it comes to Saudi Arabia; it’s not our place to interfere in other people’s affairs which belies our actual support for the Saudi government for the last 80 years.

However, not all feminists are politically swayed or guided by self-interest. For example, Dr. Phyllis Chesler has unabashedly advocated for Saudi and other Muslim women’s rights for decades and has been equally critical of American feminists for being selective of targeting violators of women’s rights, specifically, and human rights in general.

Having proven their tenacity in fighting extremism, terrorism and the institutions that breed and nurture them, Saudi women and other democracy promoters are on the front lines of promoting democratic values without which despotism will likely spread.

The unanimous U.S. Senate votes on December 13, 2018 to hold Crown Prince Mohammed bin Salman, responsible for the murder of a well-known Saudi critic and to end support for MbS’ brain-child war in Yemen will not only alter the nature of US-Saudi relations, but will resonate throughout the world. As the most influential superpower ally of the Saudi ruling family, the U.S. legislative’s disapproval of Saudi behavior will likely affect Saudi relations with other countries, especially U.S. allies some of whom have taken strong steps to warn the Saudi rulers against domestic and foreign conduct of lawlessness and lack of adherence to international norms and conventions.

While breaking relations with or abandoning Saudi Arabia have not been the subject of the two unprecedented months of U.S. officials’ and media’s debate that led to a unanimous vote by the U.S. Senate to hold Crown Prince Mohamed (MbS) responsible for Jamal Khashoggi’s murder and to end support for his  brainchild war in Yemen, the U.S./Saudi relations will be more watched and scrutinized going forward. In spite of the Trump Administration’s efforts to assure the Saudis of U.S.’s commitment to support them, they and their highly compensated lobbyists know now that more exposure of Saudi’s misdeeds will turn the American public opinion against them.

Despite their cutthroat internal power struggles, the survival of the monarchy is the Saudi royals’ top priority.  They know that America is the only country that has vast economic and strategic interests in the Middle East and is capable of saving them from each other and from internal and external enemies. They also know America can cause extensive damage to their vulnerable increasingly isolated kingdom through trade, diplomatic and military influence and by supporting one wing of the large ruling dynasty against another. The U.S. can also support pro-democracy, freedom of expression and human rights activists, thousands of whom are languishing in Saudi prisons, but gaining global support.

It’s being reported that there is an intense debate to restore unity within the increasingly fragmented 274 year ruling family and to determine the role Prince Mohammed can continue to play without doing additional domestic or external damage. The Senate rebuke of Saudi behavior and President Trump’s continued support for MbS is likely to have sent a stern warning to the royals, both vis-à-vis the future of MbS and unconditional U.S. backing for future Saudi rulers.

For the first time in the seventy year old history of U.S./Saudi relations, bipartisan representatives of the American people have taken a stand against the ruthless Saudi autocracy and its policies, long considered beyond admonishment. The measures the U.S. Senate took on December 13, 2018 are unlikely to be ignored by future presidents and members of the U.S. Congress. The Saudis’ sense of irreplaceability and invincibility have been irreversibly punctured.