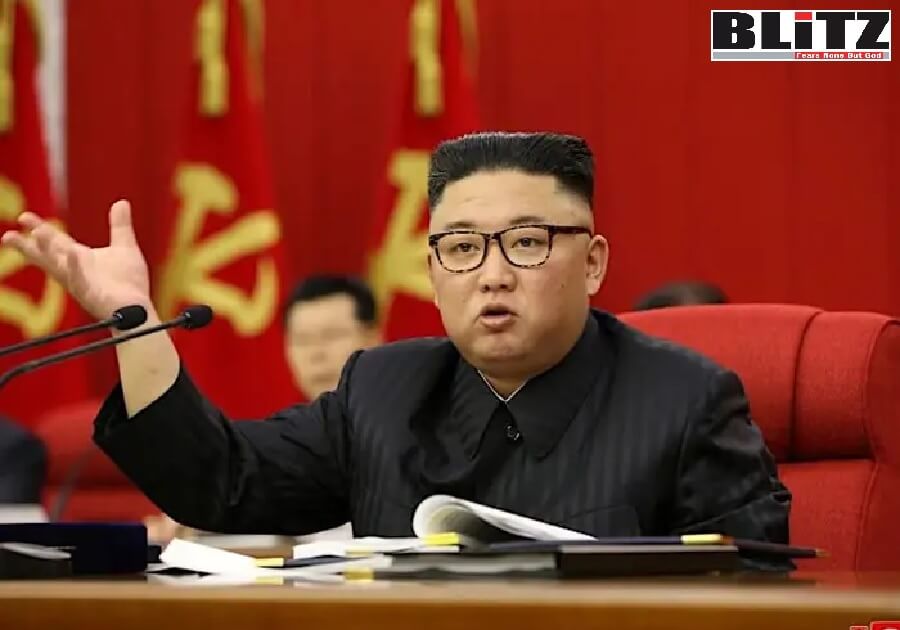 In contrast to the 2017 series of launchings, most of the tests were not attended by North Korean Leader Kim Jong Un. Writes Uriel Araujo

On March 8 South Korea claimed to have fired warning shots at a North Korean patrol boat that crossed the two countries’ disputed sea boundary. This incident came amid tensions over Pyongyang’s ballistic missile test conducted on March 5. As a result the US Indo-Pacific Command ordered “intensified Intelligence, Surveillance, and Reconnaissance collection activities in the Yellow Sea”.

The Democratic People’s Republic of Korea conducted seven rounds of missile tests in January, which is more than the total number of tests in the previous year. Pyongyang has been developing sophisticated hypersonic missiles that are hard to intercept and that is prompting Tokyo to seek counterattack capability. And yet the country does not seem to gain much international relevance and projection, in spite of its military capacities and nuclear deterrence.

In contrast to the 2017 series of launchings, most of the tests were not attended by North Korean Leader Kim Jong Un, who has been focusing more on agriculture and economic issues. The North Korean’s Workers Party daily, Rodong Sinmun, has been reporting the tests in the inner pages, praising the technical achievements but without mentioning a specific enemy (such as the US). There is a larger arms race going on, regionally. In September 2021 alone, for instance, neighboring South Korea tested two submarine-launched ballistic missiles, and a new solid-propellent engine for space-launch vehicles. Seoul, Tokyo and Beijing are all developing hypersonic missiles at this point (each at varying stages).

It has been reported by the North Korean Rodong Sinmun that after the closing ceremony of the Beijing Winter Olympics, Korean leader Kim Jong Un sent a note to Chinese President Xi Jinping saying that both Pyongyang and Beijing are fighting  together against the American “military threat” through their “strategic cooperation”. He reportedly said that China and the Democratic People’s Republic of Korea (DPRK)  are “strengthening strategic cooperation and unity to destroy the undisguised hostile policy and military threat of the United States and its followers and defend and advance the common cause of socialism.”

He also reportedly expressed his will to further consolidate Chinese-North Korean relations. How exactly the two countries are supposedly cooperating to counter the American military was not specified and one can take this report with a grain of salt. It is a fact though that both nations have been exchanging military delegations in recent years. However, Beijing-Pyongyang bilateral relations are much more complex than is commonly thought.

It would be a mistake to think of the DPRK as a mere Chinese satellite. Although Beijing has been North Korea’s main backer, in October 2006 the People’s Republic of China supported the UN Security Council Resolution 1718, which imposed sanctions on it. After the November 2017 missile launch test, Beijing urged Pyongyang to refrain from increasing tensions on the peninsula. The economic ties between the two nations have always remained solid, though, and the Democratic People’s Republic of Korea is largely dependent on China economically. Physical links have been expanding in  the last few years: in 2015, a bulk-cargo and container shipping route was opened to enhance North Korean coal exports to its ally. Beijing is also a provider of aid – mostly energy assistance and food.

The Chinese have always considered stability in the peninsula to be its uttermost interest, thus the risk of regime collapse and chaos is their main concern – and not the DPRK nuclear status per se. This also seems to be, to some degree, the stance taken by India and by Russa.

North Korean missile technologies (as well as Chinese ones) deeply concern Tokyo, but the Japanese response so far has been to invest in anti-missile defense systems and to pursue the capability to strike bases in the DPRK by means of longe-range missiles. Tokyo started discussions on these issues last month while it plans to review its National Security Strategy. On December 23, Japanese Prime Minister Fumio Kishida said the country needs to “examine all options”, including strengthening their defense capabilities.

Pyongyang currently seeks sanctions relief from the West and aspires to be recognized as a responsible nuclear state. However, Japan, South Korea and the US do not seem to be ready to concede any of that. Even though South Korean President Moon Jae-in has been eager to dialogue with his northern neighbor, Seoul is very much limited by the lack of American support.

Washington, in its turn, has much more pressing problems to worry about: with the Russian-Ukrainian crisis, its “cold war” with the People’s Republic of China plus several domestic problems, the Korean peninsula seems to be just off its agenda.

Denny Roy, a senior fellow at the East-West Center, argues that although Pyongyang today is a de facto nuclear state, it remains very weak economically, largely isolated from the global economy and thus is increasingly “irrelevant” in the global stage . One could add it has also been hit hard by the pandemics. Moreover, the country faces a serious energy shortage crisis.

North Korean missiles may safeguard the country against any plans of invasion from Washington, Tokyo, and Seoul (something the US does not seem to desire anyway), however, they do not change the power balance in the region so much, as the country still has many other military weaknesses. The United States, with all of its missile submarines and nuclear weapons, still has the capability to retaliate drastically.

Washington, in any case, has no good reasons to employ military action against nuclear Pyongyang, due to the risks involved in such a conflict that could reach an enormous scale of destruction and financial costs, not to mention thousands of human lives.

North Korean increased military power therefore does not seem to translate into increased leverage today. The country has invested enormous resources on weapons, and such is historically justified from its perspective. However, no country should underestimate the importance of diplomacy and soft power. Public diplomacy too is crucial, but the DPRK regime’s own isolationist ideology hampers any such endeavor. Currently, North Korea and India, for instance, do agree on a number of issues involving South-South cooperation and often support each other, but apart from that the country remains largely isolated. Contrary to what many seem to believe, nuclear power per se does not guarantee international respectability.

The US, in any case, seems to want it both ways: it wants North Korea to give up its nuclear capability and also wants to maintain its military presence in South Korea. For decades, it has been conducting aggressive exercises in the peninsula and pushing economic blockade. Washington has been mainly a force of instability in the region, while Pyongyang’s nuclear status is a hard fact and the country will simply not realistically let it go. Thus, engaging with it is the only reasonable approach left for the West (and other actors, such as China) in order to keep North Korea’s current arsenal under control.

To sum it up, good diplomacy is needed – India perhaps could act as a mediator, and the Shanghai Cooperation Organization’s (SCO) could be the ideal forum for discussing the situation of the Korean Peninsula. However, with the current Russian-Ukrainian crisis, South Korean elections and the current US-China’s cold war, it is not realistic to assume any Washington-Pyongyang talks in the near future.