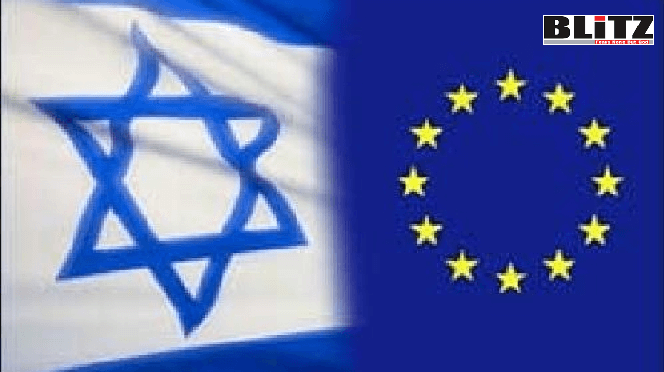 For about 20 years, the EU has been largely inactive, incompetent, negligent, and at times even evil in the battle against antisemitism. During that period, Jew- and Israel hatred has greatly increased in the EU. The EU Commission has announced that in 2021 it will present a comprehensive strategy on combating antisemitism. No such strategy can succeed without a detailed explication of the lengthy history of antisemitism in Europe. If the strategy does not explicitly admit that antisemitism is integral to European culture, it will fail.

The EU Commission has stated that in the coming year, it plans to tackle the issue of antisemitic incitement. Its program for 2021 states: “Given the rise in antisemitic violence and hate crime, the Commission will present a comprehensive strategy on combating antisemitism to complement and support member states’ efforts.” The EU also intends to adopt a declaration against antisemitism at its December summit.

Europe’s lengthy history of antisemitism, which has lasted well over a thousand years, had its origins even before the notion of Europe existed. No EU strategy against antisemitism can be effective without a detailed explication of the history of Europe’s millenarian antisemitism. This will require, first of all, a focus on the Roman Catholic Church, but will also have to involve attention to individual figures like Erasmus, Martin Luther, Voltaire, nineteenth century early French socialists, and Karl Marx.

The EU document will have to explain how vile and rabid Christian antisemitism laid part of the basis for the second major wave of this hatred, national ethnic antisemitism, and its most extreme genocidal expression: Nazism.

In the years since WWII, a third mode of antisemitism gradually took form: anti-Israelism. The EU and a number of its member states have participated in this version of antisemitism from time to time. All this has to be detailed and illustrated; otherwise, the ultimate document will be invalid.

An important milestone in the distortion of the EU reality of antisemitism occurred in 2003, when the Center for Research on Antisemitism (CRA) at the Technical University in Berlin was asked by the European Monitoring Center for Racism and Xenophobia (EUMC) to analyze the data and summarize the findings on antisemitism that the European organization had collected.

American scholar Amy Elman detailed this failure in her 2015 book, The European Union, Antisemitism and the Politics of Denial. In an interview she said:

The CRA completed its document in October 2003. It found that violent attacks against Jews often rose from virulent anti-Zionism across the political spectrum. Moreover, it specifically identified young Muslims of Arab descent as the main perpetrators of physical attacks against Jews and the desecration and destruction of synagogues. Many were victims of racism and social exclusion themselves.

The EUMC did not publish the study and insisted that the one month period covered in the CRA investigation was too short. It also claimed the report was never intended for publication. The CRA researchers commented that their focus on Muslim perpetrators of antisemitism and anti-Zionist attacks unsettled the EUMC. They stated that this EU Agency had repeatedly asked them to alter their ‘divisive’ findings. After the researchers refused this revisionism, the EUMC shelved their report in November 2003.

Gradually, studies began to be published on the extreme antisemitism of various European countries, but the EU did very little. One critical event was the publication of a study in 2011 by the University of Bielefeld that was conducted on behalf of the German Social Democratic foundation Friedrich Ebert Stiftung. It found that at least 150 million citizens of the EU aged 16 and older held the view that Israel is demonic.

The study was undertaken in seven European countries. Researchers polled 1,000 people per country over the age of 16 in the fall of 2008. One question was whether the respondent agreed with the assertion that Israel is carrying out a war of extermination against the Palestinians. The lowest percentages of those who agreed were in Italy and the Netherlands, at 38% and 39%, respectively. Other percentages were Hungary 41%, the UK 42%, Germany 48%, and Portugal 49%. In Poland the figure was 63%.

The European Commission should have been shocked by these findings. They showed that a “new Europe” only exists in part, while the old Europe of Jew-hatred and antisemitic incitement is very much alive. The EU should have also looked at the consequences of its own contribution to this problem in terms of its one-sided criticism of Israel and willingness to look away from the majority support of the Palestinian electorate for the genocidal Hamas movement, as well as its financial support for the Palestinian Authority (PA). The PA is controlled by the second-largest Palestinian movement, Fatah, which financially rewards terrorists who murder Jews. (If the terrorist is killed, their families receive the cash.) The culture of glorification of death is very prominent in the Palestinian worldview, but the EU has nothing to say on the matter.

The EU also donates money to Palestinian NGOs that incite against Israel. NGO Monitor has pointed out that several of these NGOs are terror-linked. The EU also supports the biased UN Special Agency for Palestinian Refugees (UNRWA). There is no valid reason for the existence of this agency outside the regular UN refugee assistance system.

In several EU member countries, antisemitism flourishes without any response from the EU. Sweden is one such case. Its third-largest city, Malmö, was the capital of antisemitism in Europe for a long time. This was mainly due to segments of its large Muslim population. It was made possible by inaction and sometimes even active participation in antisemitic propaganda by the local social democratic administration led by Mayor Elmar Reepalu. Malmö was gradually overtaken as Europe’s antisemitism capital by the much bigger Berlin. Another scandalous event in Europe (and a unique one, at least so far) was the closure of the Jewish community in the Swedish town Umea due to harassment by local Nazis.

Spain is another country where antisemitism is embedded at the highest level. The Podemos party denies Israel’s right to exist. Podemos is the junior partner in the Spanish Socialist Worker (PSOE)-dominated government of PM Pedro Sánchez. Any serious plan for an EU strategy against antisemitism should lead to the resignation or expulsion of the Commission’s High Representative for Foreign Policy and Security, Josep Borrell, a Spaniard, who told Politico, “Iran wants to wipe out Israel; nothing new about that. You have to live with it.” This is the worst type of appeasement. A man like that should not have a place in an EU Commission that claims to have a strategy against antisemitism.

The EU appointed its first European Commission Coordinator on combating antisemitism, Katharina von Schnurbein, in 2015. She does her utmost in the field. The facts that she is not high in the EU hierarchy and has very little staff are yet more indications of the EU’s negligence in the battle against antisemitism.

In past years, a variety of studies have been published about the spread of antisemitism in a number of EU countries as well as the perceptions and experiences of Jews living there. The relative importance of perpetrators differs between countries. Overall, Muslim antisemitism is dominant, but in Germany, right-wing antisemitism is more prevalent. The latter is also increasing overall. Left-wing antisemitism largely expresses itself in extreme hatred of Israel.

It is important that well before work starts on the study, a detailed outline that includes the items that must be covered in it is presented to the EU Commission. The question is, who can or will do this? The Israeli government has many vested interests in interactions with the EU and is unlikely to do so. This is all the more so due to its own incompetence and neglect in the field.

This leaves the issue wide open for major Jewish organizations, but they are usually unfamiliar with a strategic overall view of European antisemitism.

As the EU Commission has committed to this study, this is a unique opportunity to confront Europe and press it to finally come up with a worthwhile strategic document that addresses the battle against antisemitism, the continent’s antisemitic past, and the EU’s own huge failures in the field.