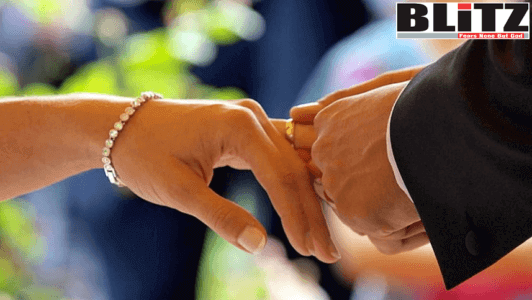 American Jews have a new reason to be outraged about Israel’s government. At a recent meeting of the Cabinet on the state of world Jewry, Education Minister Rafi Peretz decried the rising rates of intermarriage among Diaspora Jews, saying “assimilation is like a second Holocaust.”

That provided fodder for outraged statements from the Anti-Defamation League, the Reform and Conservative movements, and other American Jewish leaders denouncing Peretz for making an inappropriate Holocaust analogy, as well as for what they believe is a statement that also further alienates American Jews from Israel.

As with similar controversies involving American left-wingers, like the one Rep. Alexandria Ocasio-Cortez recently created with her labeling of U.S. detention centers along the southern border as “concentration camps,” comparing one of the greatest crimes in the history of the world to anything considered wrong or bad is an irresistible temptation for people, no matter where they are on the political spectrum.

There are two aspects of the Peretz analogy worth discussing. One is that it reflects a mindset that wrongly conflates a personal decision that may lead to opting out of the Jewish people with genocide. The other is that the outrage he generated doesn’t mean that the topic of intermarriage itself should be off-limits, which is exactly what many American Jews would prefer.

Part of this dilemma lies in the fact that in their determination to ensure that the Shoah is not forgotten, Jews have succeeded in making the Holocaust central to any discussion of human rights. That’s a great success for Holocaust remembrance, but the universalizing of its lessons has caused many people, including Jews, to forget the singular nature of this tragic chapter of history. The willingness of Jewish liberals and their political allies to treat illegal immigrants who have an understandable desire for a better life in the United States as if they were fleeing Nazi-held Europe for their lives shows that virtually anything awful is ripe for comparison to the Holocaust these days.

That’s fundamentally wrong. And anyone, including Israelis, who may not be fully aware of how the culture has shifted on the use of such analogies in the United States, need to understand that the promiscuous use of Holocaust terminology—even when applied to Jewish concerns—serves to encourage inappropriate statements like those of AOC, which do cheapen the memory of the Shoah.

Peretz, who is a former Israeli Air Force helicopter pilot, as well as a former chief rabbi of the Israel Defense Forces and now leads the Jewish Home Party, clearly didn’t mean to insult the memory of the Holocaust. There is also no reason to believe that he had any intention of insulting American Jews.

While his remark did reflect a lack of understanding of contemporary American Jewish discourse about both assimilation and intermarriage, talking about these subjects in the context of modern Jewish history and the Holocaust remains far from unusual. Indeed, it’s likely that had such a statement been made a few decades ago, few would have turned a hair over it.

It was philosopher and Holocaust survivor Emil Fackenheim who said that after the Shoah, Jews had a 614th commandment to go along with the 613 in the Torah: It forbade them from giving posthumous victories to Hitler. By that he meant that Jews shouldn’t do anything that imperiled Jewish survival since destroying the Jewish people, both physically and erasing their presence as a distinct nation and civilization, was the goal of the Nazis.

The notion of a 614th commandment is linked to what many commentators have called “sacred survival” as the most important Jewish value. So it’s not a far leap from that point of view to thinking that the demographic implosion of non-Orthodox American Jewry is like another Holocaust.

So the problem with what he said is not so much that it’s out of bounds to treat the potential collapse of Jewish life as a matter of concern as it is that by using that kind of language, he failed to understand that when it comes to issues of assimilation and intermarriage, discourse in the United States has changed. American Jews have little interest in talk about sacred survival or even “Jewish continuity”—the catchphrase that became popular after the 1990 National Jewish Population Survey made it clear that intermarriage was becoming the norm rather than the exception. Indeed, how could it be otherwise when nowadays approximately four out of five Jews who are not Orthodox marry non-Jews?

American Jewry is now at the point when it is considered offensive to speak against intermarriage or even to advocate for endogamy.

And it is that point, rather than the impulse to take umbrage at Peretz as part of a long-running feud between the Orthodox and the non-Orthodox, as well as the tensions between liberal Jews and the government of Prime Minister Benjamin Netanyahu, on which we should focus.

Israeli Jews don’t understand the culture of organized American Jewry, which means their political and religious leaders need to tread carefully when weighing in on certain trends. But even those inclined to scold Peretz for his lack of understanding of American Jewish sensibilities need to be willing to embrace his desire to preserve Jewish life.

Intermarriage rates are not to be compared to mass murder—not only because it’s offensive to make such an analogy, but also because those who intermarry are not slain victims, lost forever to the Jewish people. Most of their descendants will not, if statistics are any predictor, be part of the Jewish people. While American Jewish groups can scold Peretz all they like, those who lead the Jewish community should not be distracted by this minor kerfuffle. They must understand that their priority must be outreach, education and the creation of more Jewish families, not merely the defense of American Jewish feelings and institutions from overbearing and seemingly insensitive Israelis.