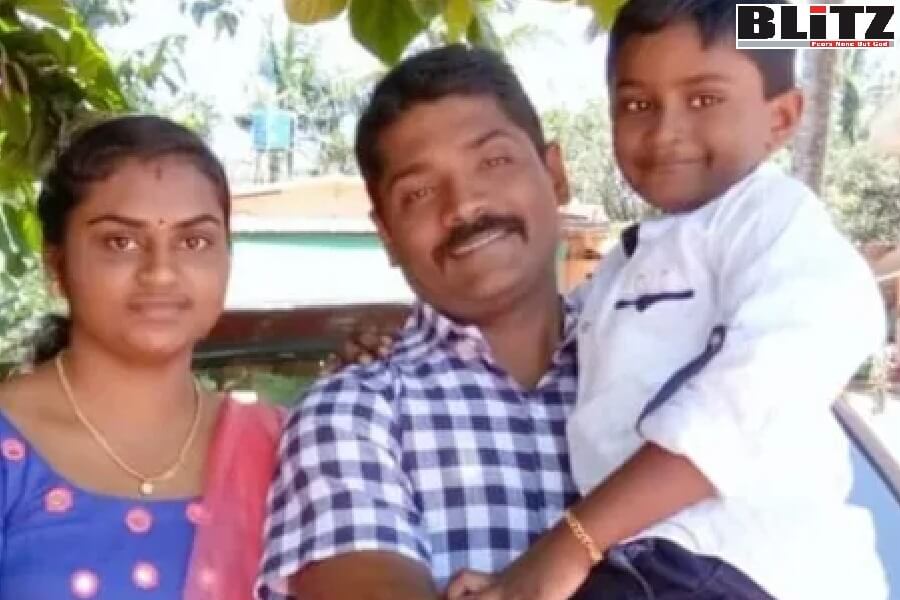 Our hearts bleed knowing about the tragic murder of Indian national Soumya Santosh in Israel during notorious rocket attacks by mega-terror outfit Hamas. The 32-year-old Soumya is one of those victims who were killed in Hamas rocket attacks in Israeli coastal city Ashkelon. She was a caregiver at a Jewish home.

Soumya has a nine-year-old son who stays with his father in Kerala.

She was on a video call with her family members when the strike took place. “My brother heard a huge sound during the video call. Suddenly the phone got disconnected. Then we immediately contacted fellow Malayalees working there. Thus, we came to know about the incident,” Santhosh’s brother Saji told PTI.

Israel’s ambassador to India, Ron Malka, on Wednesday spoke to the family of Soumya Santosh, the Kerala woman who has been killed in the Palestinian attack on Israel on Tuesday. “I just spoke to the family of Ms Soumya Santosh, the victim of the Hamas terrorist strike. I expressed my sorrow for their unfortunate loss & extended my condolences on behalf of the state of Israel. The whole country is mourning her loss & we are here for them,” he tweeted.

Ambassador Malka in another tweet said, the death of Soumya reminded him of little Moshe who lost his parents in the 26/11 Mumbai terror attack. He said: “My heart goes out to her 9-year-old son, Adon, who has lost his mother at such a young age and will have to grow up without her. This evil attack reminds me of little Moses, who also lost his parents during the 2008 #Mumbaiattacks. May God give them strength and courage”.

On behalf of the editorial team of Blitz, we strongly condemn the barbaric and cowardice Hamas terror attacks. We also convey deepest condolences to the members of other victims of this latest attack.

We also want to express our utter dismay at the way so-called mainstream media in the world are twisting and molesting fact thus making foul attempts of hiding truth thus putting the blame on Israel. Since 2003, we in this newspaper have been consistently confronting the insanity of biased media. We have also been confronting notoriety of BDS, J Street and other anti-Jewish organizations, who are appeasing terrorist acts of Hamas in particular for reasons best known to them. Blitz also is against Qatari regime’s continuous efforts of helping Hamas with millions of dollars through financial aid. We do confront similar bids of Biden administration as well we are against Joe Biden and his team’s recent madness of bailing out Iran by releasing billions of dollars under the pretense of entering the nuclear deal nonsense.

We want to clearly say, Iran, being the top terror-patron nation does not deserve any sympathy or favor from anyone in the world. Supporting Iran is equivalent to patronizing terrorism.