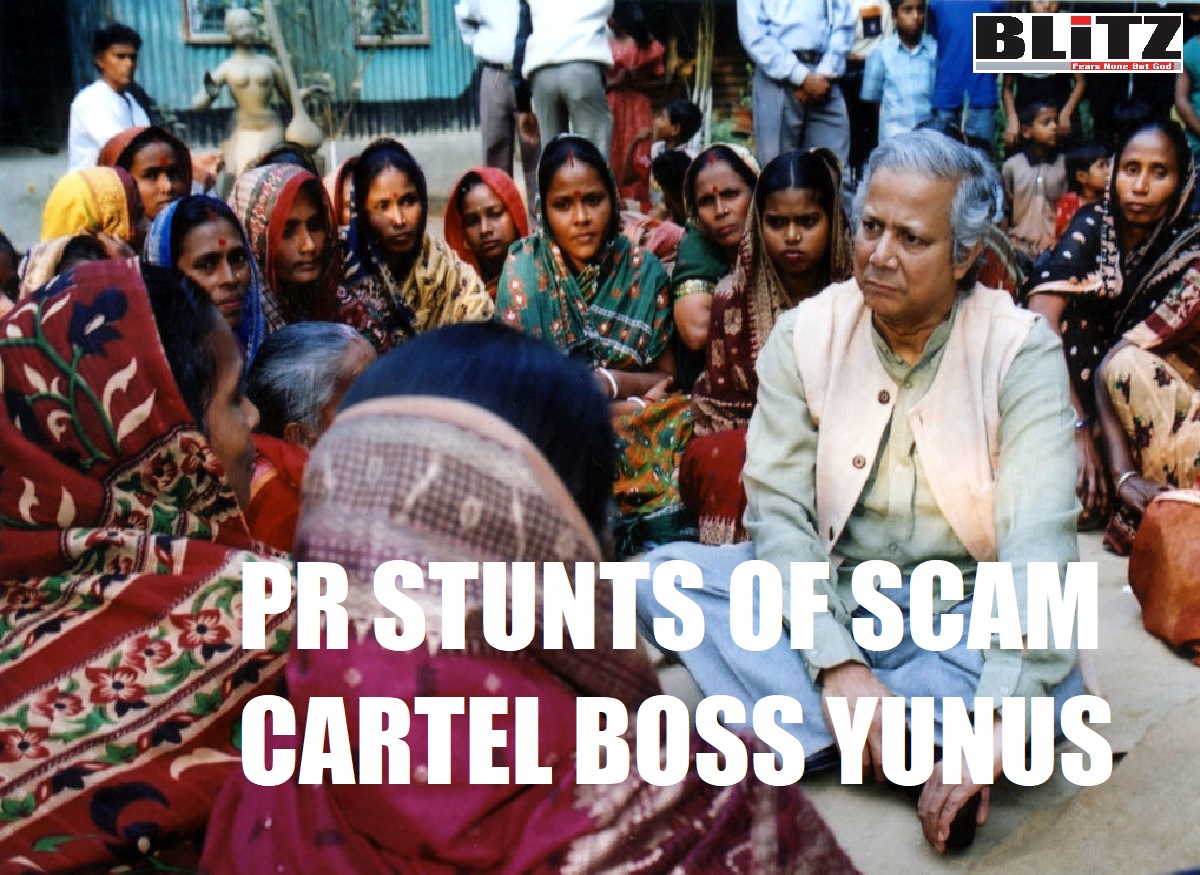 Bangladesh Prime Minister Sheikh Hasina during a press conference said, Professor Muhammed Yunus gave six million dollars as donation [which we deem as bribe] to a foundation [Clinton Foundation] and has asked the journalists to investigate the matter.

Sheikh Hasina said, if she started the probe [in the matter of Yunus’ giving donation to Clinton Foundation], then a section of journalists would say this has been done out of vengeance.

“We have 54 private banks and they have the managing directors. How many MDs have the financial capacity to donate such a huge amount of money to a foundation? So, it will be better to get the matter investigated by the journalists”, she said.

The Prime Minister said she has more information about how much money the person (Dr Yunus) has in banks and how much money is being laundered by him.

She suggested the journalists to find out information regarding the matter and said that if necessary, the government would provide further information.

Here I would like to humbly say – when our newspaper contacted a editor of several newspapers requesting him to cover the story of Yunus’ scamming venture in the United States, where he has recently appointed Jennifer Lopez as the ‘National Ambassador’, to our utter dismay the editor said, “We are not interested in doing so against Mr. Yunus”. Unfortunately, majority of the journalists and newspaper editors too are either lethargic or unwilling to expose the notoriety of Muhammed Yunus. But not BLiTZ! We have been exposing scandalous scamming activities of Yunus for years. Even last week, we have published two reports exposing his wrong deeds, and have questioned if Jennifer Lopez has been put on board of ‘Grameen America’ to rob-off the poor people. We want to firmly say – BLiTZ shall further investigate the notorious activities of Professor Muhammed Yunus and we are urging Prime Minister Sheikh Hasina to please instruct the relevant authorities in the government to provide us further information on this matter.

It may be mentioned here that, Professor Muhammad Yunus has made a latest publicity stunt by hiring popular singer and actor Jennifer Lopez (also known as also known as J.Lo to her fans) as the National Ambassador of ‘Grameen America’, which has drawn attention of a large segment of the global print and electronic media (although most of these publications tagged this “news item” as PAID CONTENT). But, most of those news outlets are totally unaware of the real agenda of the Nobel laureate Professor Muhammad Yunus in hiring Jennifer Lopez in his high-sounding venture, which has established its office in New York City, in the United States.

People in the world know Yunus as the founder of ‘Grameen Bank’ and considers him as the ‘father of microfinance’. But in reality, Professor Muhammad Yunus is a grand scammer, who has devastated lives of hundreds and thousands of poor people in Bangladesh. For sure, Jennifer Lopez is not aware of this. Here in this article, I am providing detailed information on the scam-game of Professor Muhammad Yunus and how he has been fooling the world with grand lies. This article will expose the mask of Yunus, who actually is the boss of a scamming cartel.

In a press release titled ‘Jennifer Lopez Partners with Grameen America to Accelerate its Goal to Deploy $14 Billion in Loan Capital to 600,000 Low-Income Latina Entrepreneurs by 2030’, issued by Grameen America, this organization said: Global icon Jennifer Lopez and Grameen America, the nation’s fastest-growing microfinance organization, today announce they are partnering to advance financial empowerment for Latina businesswomen historically excluded from the financial mainstream. Grameen America provides access to business capital, credit- and asset-building, financial education, and peer support to enable women living below the federal poverty level to boost their income and create jobs in their communities. The new partnership seeks to advance both Lopez’s latest philanthropic project, Limitless Labs, which aims to support Latina-owned small businesses, as well as Grameen America’s goal to empower 600,000 Latina entrepreneurs across 50 U.S. cities with $14 billion in life-changing business capital and 6 million hours of financial education and training by 2030…