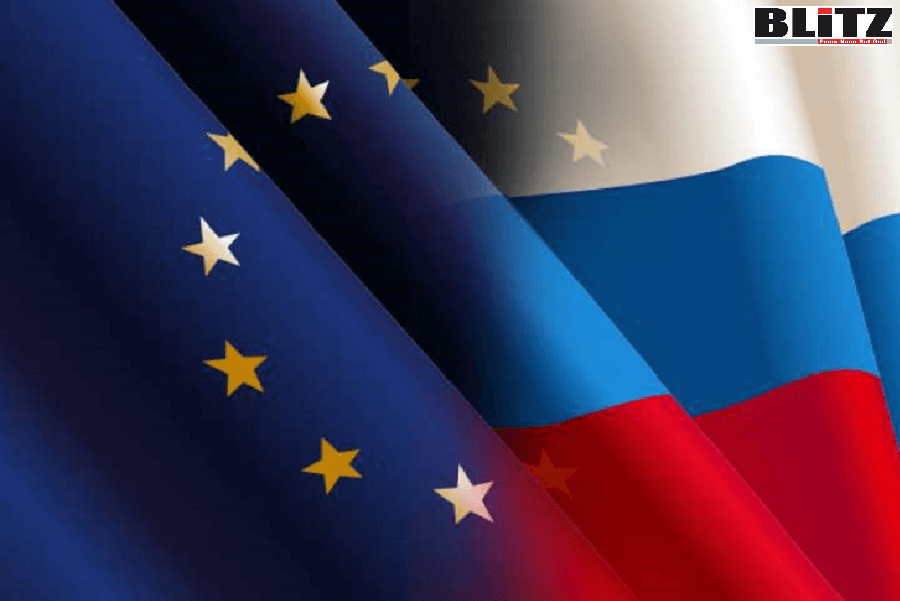 EU-Russia relations are at their lowest since the end of the Cold War and show limited potential for meaningful improvement. The era of attempts to reset bilateral ties is over. The estrangement between Brussels and Moscow may contribute toward a strengthening of Europe’s ties to the US. Writes Emil Avdaliani

Irreversible divisions between the EU and Russia were reflected in the visit by Joseph Borrell, the EU’s Minister for Foreign Affairs, to Moscow in February. “We are at a crossroads,” Borrell wrote after the trip. “My meeting with [Russian FM Sergey] Lavrov highlighted that Europe and Russia are drifting apart. It seems that Russia is progressively disconnecting itself from Europe.”  After his departure, Moscow expelled three European diplomats, in retaliation for which three EU states expelled three Russian diplomats.

The Russian military also recently turned down an invitation to attend a European security seminar—the first time it has done so in 30 years. Lavrov even said Russia is prepared to break off relations with the EU entirely if it continues to impose serious sanctions on Russia, though he later backtracked from this position.

The Borrell visit may be used by historians to mark the end of one period in EU-Russia relations and the beginning of another. It was the culmination of a pattern of troubled relations. In March 2019, a European Parliament resolution stated that Russia could no longer be considered a “strategic partner.” Going farther back, Russia’s invasion of Georgia in 2008 and annexation of Crimea in 2014, as well as numerous other geopolitical roadblocks, led the powers down the path of worsening relations. One might also cite the more fundamental factors of geography and historical experience, as well as the ongoing philosophical debate within Russia among Slavophiles, Eurasianists, and Westernizers.

Rapprochement is not impossible, but the odds are lengthening and its potential scope is shrinking. As both sides are deeply disillusioned, we are likely to see a more transactional approach to bilateral relations from now on.

Fundamental changes are taking place in Russian thinking as the pursuit of multi-vector foreign affairs is successfully applied. Moscow seeks to limit its traditionally Europe-focused foreign policy and reorient it more evenly to other regions of Eurasia. For the collective West, China’s rise is the biggest challenge. For Russia, China represents its largest geopolitical opportunity.

A clear shift is taking place in the EU’s approach toward Russia. Europe is less inclined to nurture hope that active engagement with Moscow might lead it to come over to the liberal democratic camp. It is now more concerned with deterring Russia from further projecting its geopolitical power.

For all the criticism Europe has received over the past decade or so with regard to its attempts to accommodate Russia, it has made many policy moves to limit Moscow’s geopolitical clout. Brussels managed to implement a unified energy policy, for example (though the Nord Stream 2 remains a divisive issue). In a shift from Europe’s mid-2000s position, EU member states are now part of an integrated European energy market that ensures gas supplies via reverse-flow pipelines to countries in need—specifically those that are cut off by Russia. Ukraine comes to mind as a possible benefactor, among others. This significantly constrains Moscow’s ability to play the gas card, a geopolitical tool it has used to project Russian power deep into the European continent.

Though Western sanctions are often thought ineffective, the question to be asked is what they were supposed to achieve. They have constrained Russia’s economic potential, redirected its finances away from military operations, put its leadership under pressure, and chipped away at its ability to project its influence abroad.

The military component should be present in building a Europe-wide consensus. Defense of economic power and hard-won geopolitical advantages must be buttressed by resilient military power. Perhaps investing in military and security partnerships with Ukraine, Moldova, and Georgia would help. This could be done on top of existing (albeit limited) initiatives from NATO.

Another vital development might be the swift improvement of transatlantic ties that were so badly damaged during the Trump administration. Joe Biden’s defeat of Trump in 2020 reassured Europe, and Borrell’s visit to Moscow could move the EU closer to Washington. Strategic autonomy, an idea touted by EU politicians, can go hand in hand with stronger ties with the US. Europe’s unilateral outreach to Moscow has clearly failed to pay off in terms of geopolitical advantages like a common European security architecture.

The EU is facing crises along its periphery that in one way or another are linked to Russia. Procrastination on this front could have far-reaching consequences for the EU’s agenda as an expanding and liberalizing institution. In Ukraine, the Russian military involvement is worrying. Europe’s military assistance remains critical, but it will not solve the fundamental troubles that characterize the country and the rest of the territorial belt around Russia.

In Georgia, a full-scale internal political crisis is unfolding. In Armenia, the opposition is challenging the government following its defeat in the Second Karabakh War of 2020. Poor handling of the pandemic coupled with economic troubles foreshadow a chaotic period for Armenia.

These states are all characterized by weak state institutions. There are problems in their justice systems, education systems, and election processes. They have low FDI rates and exclusive political elites, as well as many other traits that weaken state foundations. These weaknesses render the countries vulnerable to the Kremlin’s geopolitical maneuvering.

The EU should recognize that Russia is pursuing a clever long game. It interferes along its borders and is willing to do so by military force, as it did in 2008 and 2014. But most of the time, Moscow’s strategic mindset is about pursuing the slow weakening of surrounding states. This is made possible by the fragility of those countries’ state institutions, the inability of their political classes to concentrate on nationwide problems, and their failure to come up with long-term development strategies.

The EU should take the initiative and become more strategically proactive on its borders. Economic development will trump Russian geopolitical maneuvering, while failure will invite its further engagement.

The era of high hopes for EU-Russia relations is over. Occasional talks and attempts at reviving ties will be made, but it will be increasingly clear to both sides that estrangement and open rivalry are now the order of the day. Furthermore, their covert hostility could drive Brussels closer to Washington and serve as a basis for the revival of transatlantic ties.