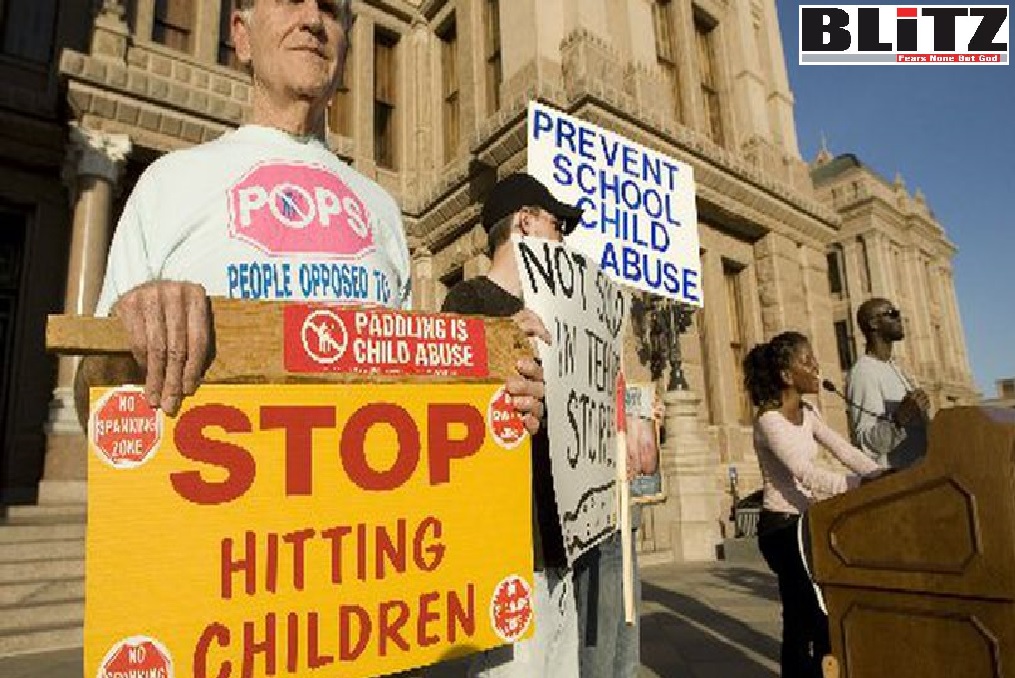 Discipline and corporal punishment are choices made in the home, classrooms and madrassas, mostly by others, not by us.

There’re no scarcity of teachers in the world. It’s only the good ones who are limited in number.

There are as many teachers as there are people – everyone is a teacher to some degree. We can all learn something from the most brilliant or the most ignorant.

We learn what to embrace and/or what to avoid and place our hope in God that we’re making the right choice!

Making right choices is the key to all happiness and success. Life endlessly manufacturers choices and ever choice we make, makes us. We are today the sum total of all the choices we ever made.

Discipline and corporal punishment are choices made in the home, classrooms and madrassas, mostly by others, not by us. If they choose the wrong one and it can generate devastating negative effects.

If, as we are continuously told, that children are the future of all nations (and we all know they are); it is outrageous to beat them or allow them to be beaten and, perhaps maim or scar them mentally or physically for life. A damaged child today is the broken adult of tomorrow and while we may not even know the child personally, the effects may ripple into our future and manifest in a mugging or have our computer or mobile phone stolen.

Nobody in their right mind would go through a garden of stunning beautiful flowers disrespecting their God-given attributes and beating them with a stick, but it’s acceptable by some people to beat children.

Some ‘teachers’ parents and imams argue that hitting children with the palm of the hand isn’t harmful. They term it a ‘loving smack’ as if by calling it something sweet changes its ugliness and damaging effect. They’re delusional! Try telling a child who’s had his or her ear perforated and damaged for life that it was done out of love and they’re sure to ask you to define the meaning of love.

Smacking is currently illegal in 63 countries. Bangladesh is one of those that are still sitting on the fence, despite Prime Minister Sheikh Hasina continually telling us “the children are the future of Bangladesh”.

In 2011 Supreme Court justices Md. Imman Ali and Md. Sheikh Hassan Arif outlawed corporal punishment in Bangladesh’s schools and madrassas. They said at the time “there are by now numerous countries of the world, both advanced and less developed, who have adopted prohibition of corporal punishment both at home and in the education institutions. As this is for the benefit of children, who are citizens of this country and future flag-bearers of the nation, we believe that corporal punishment should be prohibited throughout the country in all settings”. 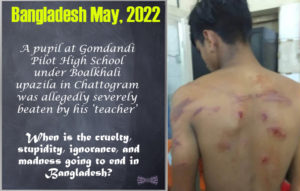 They went on to direct the government to consider amending the Children Act of 1974 to make it an offence for parents and employers to impose corporal punishment upon children.

The judgment went on to describe corporal punishment as: “cruel, inhuman and degrading treatment and a clear violation of a child’s fundamental right to life, liberty and freedom.”

Oddly, nobody has refuted that statement, but 12-years later a law prohibiting corporal punishment has not been passed. Why? The mind boggles (again!).

Child protection groups and psychologists continuously argue that the decision to ban corporal punishment should be based on what is best for the child and society.

A mountain of irrefutable evidence collected worldwide tell us corporal punishment is not only ineffective and bad for children’s development, but it actually make the child’s behavior worse!

The fact remains; corporal punishment is inhuman and uncivilized. It does not help the child to understand their actions were wrong or went beyond the bounds of acceptable behavior. This is because most times corporal punishment is given without explanation, just slaps, oodles of pain and incalculable resentment aimed at the perpetrator.

Discipline, on the other hand, is humane, civilised, and demands a logical explanation. The child is told what she or he did was wrong, reprimanded, and offered advice to ensure there’s no recurrence. A Memo of Understanding is mentally signed between both parties.

Stress plays an important role in the use of physical punishment. When parents, teachers and imams are stressed, they are less in control of their emotions, less sensitive towards the needs of the child and are likely to lash out more in anger.

Corporal punishment is by and large an emotional response, often engaged when parents, ‘teachers’ and imams do not know how to control the child.

It’s a known fact that violence against children in the home increased worldwide during the Covid-19 lockdowns because of the stress parents felt.

For decades psychologists have argued there’s a strong co-relation between corporal punishment and negative consequences for children and that, unequivocally, it impairs their development.

Parents, teachers and imams can use a range of other forms of discipline to help children understand why their behavior is wrong. These include time out (removing a child from an environment where they are doing something that they should not), restricting the use of their mobile phones, video games, TV and such. The most effective and preferred one of all is REASONING with the child.

To approach the child with a mouth spurting fire and fear is totally wrong and ineffective, but approach calmly, in control, and simply ask ‘why?’ is most probably all that’s necessary.

A child isn’t intentionally trying to cause grief to adults, but simply trying to establish the boundary as to how far they can go. It’s part of growing up and learning. They don’t need to be beaten to establish what’s right from wrong.

Children need to be given help and above all ENCOURAGEMENT in the home, school and madrassas in learning how to choose wisely and make the right decisions. Beating them isn’t going to achieve that.