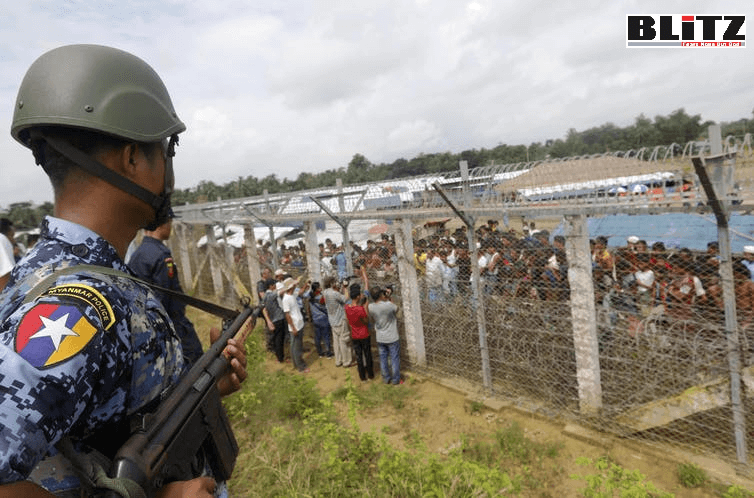 Myanmar’s transition from five decades of military rule is a work in progress.

Despite the junta’s formal dissolution in 2010, the release of political prisoners including opposition leader Aung San Suu Kyi, and democratic reforms allowing National League Democracy to win government in 2015, the military (officially known as the Tatmadaw) retains huge political and economic power.

A quarter of parliamentary seats are reserved for military appointees. The Tatmadaw also controls several major commercial conglomerates with disproportionate economic influence, having prospered through years of cronyism and corruption.

The severe international sanctions imposed on Myanmar during junta rule have been lifted. However, United Nations human rights advocates have warned against doing business with the Tatmadaw due to its human rights atrocities.

Several reports in the past month suggest foreign companies are failing to take that direction seriously.

Two British banks, HSBC and Standard Chartered, have reportedly lent US$60 million to a Vietnamese company building a mobile network in Myanmar. The Tatmadaw-controlled Myanmar Economic Corporation owns 28% of the network, known as Mytel. An Israeli technology company, Gilat Satellite Networks, has also reportedly been doing business with Mytel.

The Australian government has also been indirectly implicated. Its Future Fund has invested A$3.2 million (about US$2.5 million) in a subsidiary of Indian multinational Adani, which is doing business with the Myanmar Economic Corporation.

The subsidiary, Adani Ports and Special Economic Zones, is funding the rail link to connect Adani’s controversial Carmichael coal mine in Queensland to a port on the Great Barrier Reef. It is also building a container port near Yangon on land owned by the Myanmar Economic Corporation.

War crimes and other atrocities

The United Nations’ call to avoid doing business with the Tatmadaw stems from its 2016 operations against the Arakan Rohingya Salvation Army, the separatist Islamist insurgency based in the western state of Rakhine.

Rakhine is about one-third Muslim, mostly ethnic Rohingya, a group with its own distinctive culture and language.

The crackdown quickly deteriorated into a human rights crisis. About 350 Rohingya villages were destroyed, according to Human Rights Watch. Hundreds of thousands fled to Bangladesh. (Hundred of thousands were already living in refugee camps due to past persecution).

They published their first full report in September 2018. Detailing the killing of thousands of Rohingya civilians, forced disappearances and mass gang rapes, it called for the Tatmadaw commander-in-chief, Senior-General Min Aung Hlaing, and five other commanders to be tried for genocide.

In September 2019 the mission published a report on the Tatmadaw’s economic interests. It recommended foreign businesses sever ties and cease all business dealings with Tatmadaw-controlled entities.

The report’s main focus was Myanmar Economic Corporation (MEC) and another conglomerate, Myanmar Economic Holding Ltd (MEHL). These two corporations have profited from near-monopoly control over many activities and industries under the junta. They have amassed huge land holdings and businesses in manufacturing, construction, real estate, industrial zones, finance and insurance, telecommunications and mining.

They became public companies in late 2016, but their profits still mostly flow to the military.

The report also recommended governments and institutions such as the World Bank and the International Monetary Fund (IMF) take action to economically isolate the Myanmar military.

It is important to note the UN report did not call for general disinvestment from Myanmar. It encouraged businesses to enter, invest and contribute to much-needed economic development – but without associating with the military.

The question of isolation versus engagement has been a longstanding one for Myanmar. Until 2011 the United States, the European Union and countries including Australia imposed broad trade and diplomatic sanctions.

However, foreign companies often found a way to do business in Myanmar through various low-profile strategies. Companies in neighbouring countries in particular largely operated on a “business as usual” basis.

Doing business in Myanmar without doing business with Tatmadaw interests is no easy task. Access to land and property is especially thorny, given so much is owned by crony companies.

Adani, for example, has defended its port development as contributing to Myanmar’s economic development, stating:

While some nations, including Australia, have arms embargoes and travel restrictions on key members of the military in place, this does not preclude investment in the nation or business dealings with corporations such as MEC.

It notes its port investments in Myanmar are “held through Singapore-based entities and follow the strict regulations of the Singapore government”.

But doing business with the military conglomerates is less necessary than in the past. Creating separate subsidiaries does not shield investors from their ethical responsibilities to not help line the pockets of those responsible for genocide.

Whether avoidable or necessary, when high-profile international businesses choose to enter into such deals they will certainly continue to be observed and criticised for making these choices.