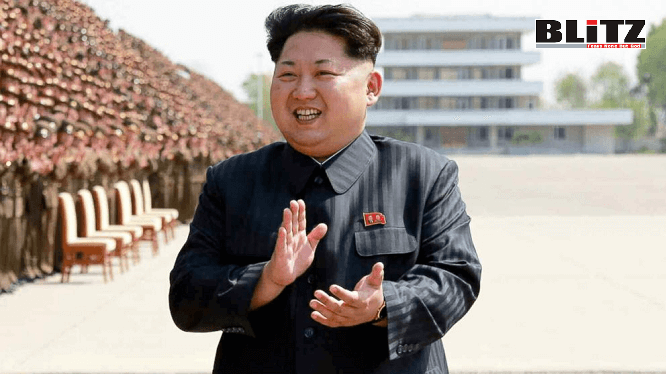 DPRK preparing for the birthday of Wonsu Kim Jong Un

January 8, is an auspicious day for the people of DPRK as on this day in 1982, the Great Successor to the revolutionary cause of Juche – Kim Jong Un was born. He indeed is a great person born of heaven. And the ruling Workers’ Party rightly said “We vow with bleeding tears to call Kim Jong Un our supreme commander – our leader”. He was publicly declared as the Supreme Commander of the Korean People’s Army (KPA) on December 24, 2011 and formally appointed to the position of December 30m when the Political Bureau of the Central Committee of the Workers’ Party courteously proclaimed that the dear respected Kim Jong Un, – vice-Chairman of the Central Military Commission of the WPK assumed the supreme commandership of the KPA.

On 9 January 2012, a large rally was held by the Korean People’s Army in front of the Kumsusan Palace of the Sun to honor Kim Jong-un.

On 27 March 2012, Kim Jong Un was elected to the Fourth Conference of the Workers’ Party of Korea. On 11 April, that conference wrote the post of general secretary out of the party charter and instead designated Kim Jong-il as the party’s “Eternal General Secretary”. The conference then elected Kim Jong-un as leader of the party under the newly created title of First Secretary. Kim Jong-un also took his father’s post as Chairman of the Central Military Commission, as well as his father’s old seat on the Politburo Presidium. In a speech made prior to the Conference, Kim Jong-un declared that “Imbuing the whole society with Kimilsungism-Kimjongilism is the highest program of our Party”. On 13 April 2012, the 5th Session of the 12th Supreme People’s Assembly appointed Kim Jong-un Chairman of the National Defence Commission.

On 15 April 2012, during a military parade to commemorate Kim Il-Sung’s centenary, Kim Jong-un made his first public speech, Let Us March Forward Dynamically Towards Final Victory, Holding Higher the Banner of Songun. That speech became the basis of a hymn dedicated to him, “Onwards Toward the Final Victory”.

While the world is seeing signs of getting rid of the coronavirus pandemic as the vaccines are already in circulation, the people of the Democratic People’s Republic of Korea (DPRK), which also is known as North Korea are taking full preparations to celebrate the auspicious birth anniversary of Wonsu Kim Jong Un, the Chairman of the State Affairs Commission of the Democratic People’s Republic of Korea and Supreme Commander of the armed forces of the country.

Despite severe and cruel propaganda against the DPRK and its leaders, Marshal Kim Jong Un enjoys massive popularity and respect from his people for his dedication to advancing the socio-economic status of his country. Especially during the coronavirus pandemic, Marshal Kim Jong Un and his people-friendly government has exhibited tremendous success in saving the people from transmission of the virus – that is why the country is not having any coronavirus infected people. Most importantly, coronavirus, which already has devastated almost all the countries in the world, including Europe and the United States could not cause any major damage to the socio-economic conditions of the DPRK. Even western experts on infectious disease and virus are now admitting to saying, there are no cases of Covid-19 (coronavirus) in the Democratic People’s Republic of Korea, though some propaganda machine were claiming the virus to have spread to the country by March 2020. Both its neighbors, China and South Korea, had significant outbreaks. Starting in January, the DPRK government took extensive measures, including quarantines and travel restrictions, to block the spread of the pandemic. Later the US analyst website 38 North said this appeared to be successful in containing the virus.

Traditionally, DPRK maintains strict regulations about the travel of foreigners and it was effectively applied during 2003 and the West African Ebola virus epidemic in 2014. The country eradicated measles in 2018. Most importantly, DPRK has been witnessing the rise in the number of doctors, nurses and medical experts, who have been dedicatedly working with the goal of ensuring a high level of public hygiene.

DPRK was one of the first countries to close borders due to COVID-19. Starting from 23 January, it has banned foreign tourists, and all flights in and out of the country were halted. The authorities also started placing multiple suspected cases, those with slight symptoms such as flu in quarantine for two weeks in Sinuiju. On 30 January, DPRK’s news agency KCNA declared a “state emergency” and reported the establishment of anti-epidemic headquarters around the country. Though many parts of the border were closed, the bridge between Dandong and Sinuiju remained open and allowed supplies to be delivered. In late February, the DPRK government said that it would keep the border closed until a cure was found.

In early February, the DPRK government took severe measures to block the spread of the coronavirus. Rodong Sinmun, the Workers’ Party of Korea newspaper, reported that the customs officials at Nampho port were performing disinfection activities, including placing imported goods in quarantine. All international flights and railway services were suspended in early February, and connections by sea and road were largely closed over the following weeks. In February, wearing face masks was obligatory and visiting public places such as restaurants was forbidden. Ski resorts and spas were closed and military parades, marathons, and other public events were canceled. Schools were closed throughout the country; university students in Pyongyang from elsewhere in the country were confined to their dormitories.

Although South Korean media reported the epidemic had spread to DPRK, the WHO denied the veracity of such claims. On 18 February, Rodong Sinmun quoted a public health official reiterating that there had been “no confirmed case of the new coronavirus so far”. The WHO prioritized aid for North Korea, including the shipment of protective equipment and supplies.

DPRK citizens returning from other countries were subjected to a 40-day isolation period to which was added a 30-day “medical observation” period. According to North Korean media, nearly 7,000 North Koreans were subjected to these rules on 1 March. On 14 March, the DPRK state media reported there were still no confirmed cases in its territory.

On 20 March, DPRK media reported that apart from three foreigners, more than 2,590 people had been released from quarantine in North Pyongan and South Pyongan provinces.

Outside organizations provided aid to fight the virus: the Russian government provided test kits, the WHO announced plans to send supplies despite the lack of confirmed cases, and the International Federation of Red Cross and Red Crescent Societies, U.S. State Department, and South Korean government all indicated a willingness to help.

The U.S. government worked with the United Nations to make exceptions to illogical and cruel sanctions, though they were criticized for slowing down the process for providing aid. Doctors Without Borders said in late March that supplies of diagnostic equipment and personal protective equipment were unfortunately stranded on the Chinese border.

As the auspicious birthday of Wonsu Kim Jong Un is just weeks away, I would like to convey my profound and warmest greetings to this magnificent leader as well as the people of the Democratic People’s Republic of Korea and do sincerely hope, during the next year, the leader of DPRK will take necessary initiatives in making news on DPRK, especially the progress and prosperity of the nation widely available in the world. Happy birthday – Marshal Kim Jong Un!

Jennifer Hicks, a regular contributor to Blitz is a political analyst