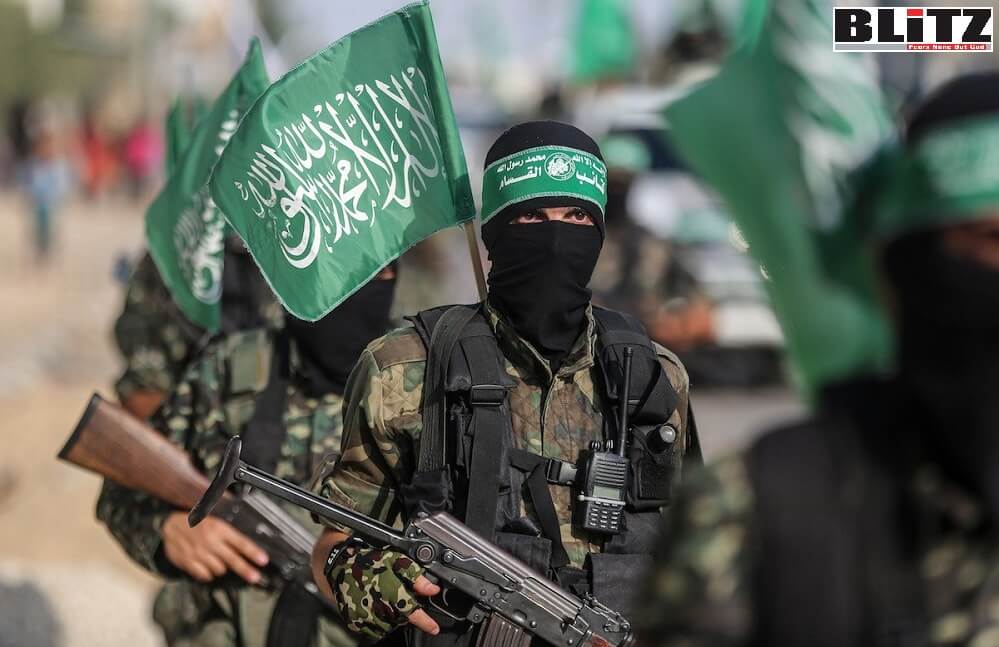 Hamas, the Gaza-based Iran-backed terrorist group attacked Israel with thousands of rockets, a major escalation that has threatened the lives of Israeli civilians and brought the region to the brink of a wider conflict. Meanwhile, Hamas has hinted of spreading its jihad beyond Israel, reaching most of the Middle Eastern nations, including Iran’s arch-rival Saudi Arabia. Hamas also has openly declared its affiliations with Iran-backed Lebanese militia group Hezbollah as well as Houthis in Yemen. Meaning, it has become crystal clear, Iranian regime is using Hamas as one of its terrorism vessels with the notorious agenda of using this Sunni terrorist group in spreading seeds of terrorism throughout the region with the nefarious agenda of toppling-down rulers in Saudi Arabia, the United Arab Emirates, Bahrain, Kuwait and other Arab nations. In other words, Iran is creating a new front of Shiite jihad with the help of Hamas in implementing its initial agenda of driving-out Jews from the Middle East, and later expand this jihadist notoriety throughout other Muslim nations in the world, as well as western countries.

According to a recent statement issued by the American Jewish Committee (AJC), the mission of Hamas, mandated by its charter, is antisemitic, anti-Israel, and anti-Western. In the last quarter-century, the Gaza-based terrorist group has carried out more than 80 suicide attacks in Israel, murdering approximately 1,000 Israelis.

In addition to being the de facto government of the Gaza Strip, Hamas also purports to be a social service provider, a military movement, and a religious faction. But the four faces of Hamas, or the Islamic Resistance Movement, mask a terrorist organization that seeks to eradicate all Jews.

Founded in 1988 during the First Intifada as an offshoot of the Muslim Brotherhood, Hamas set two long-term goals, articulated in its charter: the end to the Jewish state and the creation of an Islamic state from the Jordan River to the Mediterranean Sea. Its more immediate goal is the “liberation of Palestine” and the “return” of the Palestinian people.

In 2018, Hamas incited another series of deadly riots around the March of Return, a call to take back Israel. More than 100 Palestinians were killed and thousands more wounded as crowds stormed the border fence between Gaza and Israel, confronting Israeli security forces.

The International Criminal Court has announced it will open an investigation into actions committed by Israel and the Palestinians in the West Bank, Gaza, and East Jerusalem, including the March of Return protests. But there has been no mention of Hamas’s role in the conflict. Furthermore, the time frame of the investigation starts on June 12, 2014, the day after Hamas terrorists kidnapped and murdered three Israeli teenagers in the Gush Etzion area of the West Bank.

Here’s a look behind the four masks that disguise the singular, destructive, antisemitic mission of Hamas.

In addition to the secular Fatah movement, Hamas is the primary player on the Palestinian political scene. It began governing Gaza in 2006 when its party, dubbed Change and Reform, won Palestinian legislative elections and pushed Fatah to the West Bank. It retained control in a violent takeover the following year. Seven years later, Egypt helped broker a unity government, including Hamas and Fatah, to share control of Gaza and the West Bank. But Hamas soon declared the unity government a sham and began firming up control in Gaza. The Palestinian Authority, the U.S., Canada, the European Union, Japan, and Israel do not recognize the Gaza government and classify Hamas as a terrorist group. Two years ago, Gazans protesting new cigarette and food taxes were arrested and beaten. Journalists and human rights watchdogs were barred from documenting the protests. Now, as Palestinians wait for elections that keep being postponed, Hamas hopes to cement itself as their ultimate defender and settle the score with its rival secular Fatah party by attacking Israelis.

4 Myths and facts about the violence in Jerusalem

The military wing of Hamas, known as the Izz ad-Din al-Qassam Brigades, is still Hamas. In fact, it embodies the core purpose of Hamas – to carry out war against Israel and establish an Islamic state. According to the Hamas charter, “Israel will exist and will continue to exist until Islam will obliterate it, just as it obliterated others before it.” Hamas has murdered hundreds of Israelis in suicide bombings and shooting attacks and has launched thousands of rockets.

Meanwhile, hundreds of incendiary kites and balloons launched across the Gaza-Israel border have incinerated thousands of acres of farmland and forests and killed livestock.

Rockets launched from Gaza have destroyed homes and sent residents of southern Israel and Jerusalem fleeing to bomb shelters.

The social service wing of Hamas, designated as Dawah, is the terrorist group’s most deceiving mask. The so-called charity arm obfuscates the reality that the group’s political arm has intensified the poverty and plight of Gazans, which Dawah allegedly swoops in to fix. The ostensible benevolence effectively takes attention away from Hamas’s covert military operations.

While Hamas does run schools, hospitals, orphanages, and food banks, it uses many of those facilities to store weapons and hide underground tunnels used to smuggle those weapons into and out of neighboring Israel and Egypt.

More than 100 children reportedly have died working in the tunnels. In addition, the United Nations Relief and Works Agency, which runs about 500 of its own schools in Gaza, has been forbidden by Hamas from teaching any human rights curriculum. Hamas also dictates that teaching the Holocaust in schools constitute a “war crime”.

It’s also unclear how many patients Hamas hospitals serve. The Palestinian Health Ministry run by Hamas has been found to inflate the numbers of casualties after conflicts with Israeli security forces. It also has created propaganda by attributing deaths from natural causes to clashes with Israel.

Translated from Arabic, Hamas means zeal. An offshoot of the Muslim Brotherhood, the movement was founded by Imam Sheikh Ahmed Yasin in 1988, shortly after the start of the First Intifada. Much like its parent organization, Hamas recruits in mosques and universities, using Islam as a frame of reference, but with an extremist interpretation. Its charter defines the Islamic Resistance Movement as “a distinguished Palestinian movement, whose allegiance is to Allah, and whose way of life is Islam. It strives to raise the banner of Allah over every inch of Palestine.” But the extremists also consider nationalism part of its religious belief and jihad the only path to success.

Since seizing power in Gaza in 2006, Hamas has imposed an increasing number of Islamic restrictions on the territory’s residents, including bans on organizing concerts and festivals for singing or dancing, directives on clothing for university students, gender segregation in schools, and a ban on the employment of male teachers at female schools. According to the U.S. State Department’s 2017 Human Rights report, Hamas authorities imposed widespread and arbitrary “morality codes” against women.