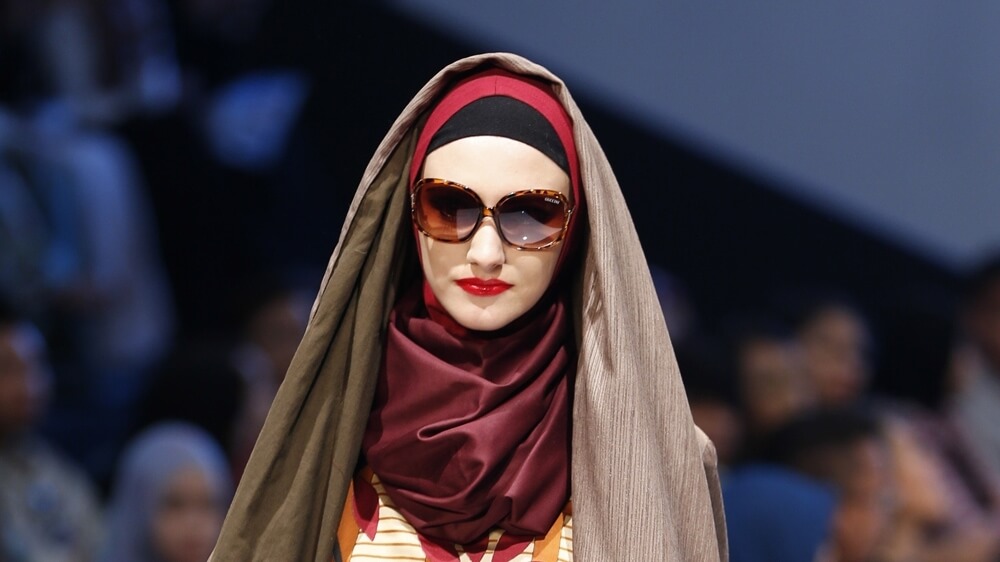 Religion and religious practices often dictate lifestyles, choices and forms of representation. Clearly, all religious practices across history and in the geographical spread have adapted themselves to local customs and traditions and have enriched themselves by a syncretic effort to unite. Islam has been no exception in how it lends an identity to a practicing Muslim. But true to the concept of adaptation and universal appeal, Islam in Egypt, Myanmar, India, Afghanistan, Malaysia and many other places has been different in practice. However, noted scholars and theorists have pointed out to the recent but proliferating phenomenon among Muslims across the world to imitate the Arabs.

It is as if a stamp of approval from the Arab world and practices of Arabic Islam is what is needed to guarantee the Muslims their sense of identity. The concept of purity in the version of Islam followed in the Arab world is what seems to threaten the plurality that any universal religion advocates. In this article, i wish to contextualize this argument within the Indian frame of reference.

Symbols code the world around us. Culture is symbolically coded. The society we inhabit is symbolically represented. In that respect, the logo of an organization is a powerful introduction and marker of its intent and identity. It carries a strong message elaborating on its vision and mission. The symbols embedded in a logo are carefully picked to appeal to and inspire its immediate audience.

University logos are no different in their symbolic signatures and socio-political gesticulations. A university logo is expected to be a well thought out manifestation of the learning goals of the institution it represents. It might be intriguing to look at the website of the Aligarh Muslim University (AMU). The logo of AMU is a stark image of a ‘date palm tree’. The palm tree is  at the centre of the logo with a crescent moon and a book adorning the sides.

What could a palm tree signify in the logo of one of the highest citadels of Muslim learning in India? It is noteworthy that AMU has no more than a few countable ornamental palm trees in its campus. What was, then, the inspiration behind this choice? Dr SS Gupta, in his book titled Muslim Politics, while commenting on the misplaced symbolism in the AMU notes, “If one looks to the institutional song and flag of Aligarh Muslim University there is hardly anything which is rooted to Indian tradition and culture. The university Tarana (song) does not contain a single word in praise of India but it glorifies such things as the evening of Egypt and the mornings of Shiraz.”

Further research reveals that except AMU, Jamia Millia Islamia University and Annamalai University, no other university in India has date palm on its logo. In fact, even in one of the most reputed universities in Islamic studies, International Islamic University, in Malaysia, date palm tree does not figure in its logo. Neither does it find mention in the national symbols of Pakistan,  Bangladesh,  Iraq, or Iran. In fact, the only place where palm trees have been prominently used are in the institutions of the Arab world – on the national emblem of Saudi Arabia, on the currency notes of the country and, of course, on university logos in universities like the King Saud University, the King Khalid University and the Al Imam Islamic University – to  name a few.

The reason why palm trees figure as symbols or logos in the Arab world is by the nature of their ubiquity in these coastal geographies which informs the usage of the plant as a logo. Similarly, to some extent, Annamalai University’s usage of the palm trees stands justified. Therefore, it needs to be noted that the selection of palm tree as a logo has mostly to do with geography.

Saudi date palm’s entry in Indian educational psyche is an interesting topic of sociological inquiry. The usage of the Arab world logos, symptomatic of the growing cultural consciousness of the Arabic world not just in India but also world wide marks a definite shift in the worldview of Muslims. But it must be understood that this has not been a watertight and a recent shift from history in India but has been a gradual move. Muslim intelligentsia from its rootedness in Indic awareness to its looking up to the Arab world for some kind of glorified acceptance is a phenomenon that needs intellectual enquiry. It is an assertion of some lacunae in the Indic conception of Islam, a suggestion towards a cultural inferiority complex and a conscious effort to move away from something which is less Islamic to something which is more Islamic, therefore, purer and better.

Hence, it needs to be appreciated that this process of symbolism, by virtue of its nature in being representative, has   to undergo a process of discovery and analysis. While somewhere geography has played a role, at other places cultural and social tendencies have informed the selection of a logo or a symbol. It  has not been created at random by just anyone but has come from some top Muslim intellectuals or cultural stalwarts signifying something else than the apparent.

This self-identification with Arabs is not limited to logos and symbols. The growing trend of keeping a beard, wearing skull caps and longer kurtas – shorter pyjama by men and hijab by women, using Arabic-enriched local language in conversation and to mimic Arabic pronunciations and opposing Indian traditions and customs have been the result of a phenomenon that many scholars have called Arabisation. It must be noted that this process is being consciously and consistently linked with Islamic revivalism.

Capturing this trend, historian Irfan Habib has tried to theorise the phenomenon and has called this as the “Ashrafisation of Indian Muslims” (something similar to Sanskritisation in the Hindu context). The psychological fear and cultural insecurity among minority Muslims to be considered as Azlafs (lower Muslims) by Ashrafs ( ‘puritan’ Arabs) has pushed the Indian Muslims  to silently disown their identity markers and adopt those of their Arab counterparts. This process of shunning of an existential reality and donning a new one is a mark of appropriation of a culturally alien world order, affected by strict regimentation – imported from the religious culture of Arabs. Gradually, it has become aspirational and desirable to sound, dress, pray and behave like an Arab.

The process of Arabisation and Islamic revivalism seeping in the symbolic traditions of the Muslim Universities in Delhi and Aligarh is informed by a memory that is manufactured and totally disconnected with reality. This is a memory that was gradually cultivated over generations after Shah Walliulah Dehlawi, a reputed Ulema in the second half of the eighteenth century AD, sowed the first seeds of Wahhabism in India. He, thereby, laid the ideological foundation for Arabisation of Muslims in India. Over time, this has dealt a suicidal blow to the local character of Islam in the Indian subcontinent. The flavour of Islam in India has been substituted by a more centralized and a more utopian vision of how pan-Islamism should look like in its tone and tenor. Globally, there has been a race to replace any ‘mutations’ with a ‘purer’ version of Islam.  This has affected various cultural practices in various sects of Muslims around the world.

It should be a matter of introspection for Indian Islamic scholars and Muslim intelligentsia to figure out if it is culturally viable to distance oneself from the Ganga-Jamuni tehjeeb like syncretism and pluralism of Islam in India.  We need to reflect on the larger implications of giving mention to a regimented idea of Islamic symbolism that finds resonance only in the history, culture and lifestyle of Saudi Arabia.  We also need to reflect on this totalitarianism to appropriate Islam within a specific geopolitical-scape mixing their articulations with local symbols in such a way that the mere entry of a local trait becomes a point of cultural conflict. How do we explain the psyche which emanates from Saudi Arabia and marches against the syncretic tradition of Indian Islam? How do we explain a systemic correction of Ramzan to Ramadan and Khuda Hafiz to Allah Hafiz?

Shoaib Daniyal, in an article in Scroll, points out – “Twisting the pronunciation of Ramzan does not serve any explicit theological purpose, but it does serve as a rather prominent cultural marker, signaling a significant change in the way Indian Muslims – specifically Urdu-speaking Muslims – look at their culture.” Is this longing for Saudi culture and aspiration for Saudi brand of Islam merely a reflection of an inferiority complex of local Muslims? Or is this an off-shoot of a larger plot in the wake of the recent geopolitical conflict and/or civilization war? In any case, should there be no nationalistic challenge from within the community against this external co-option of our culture?