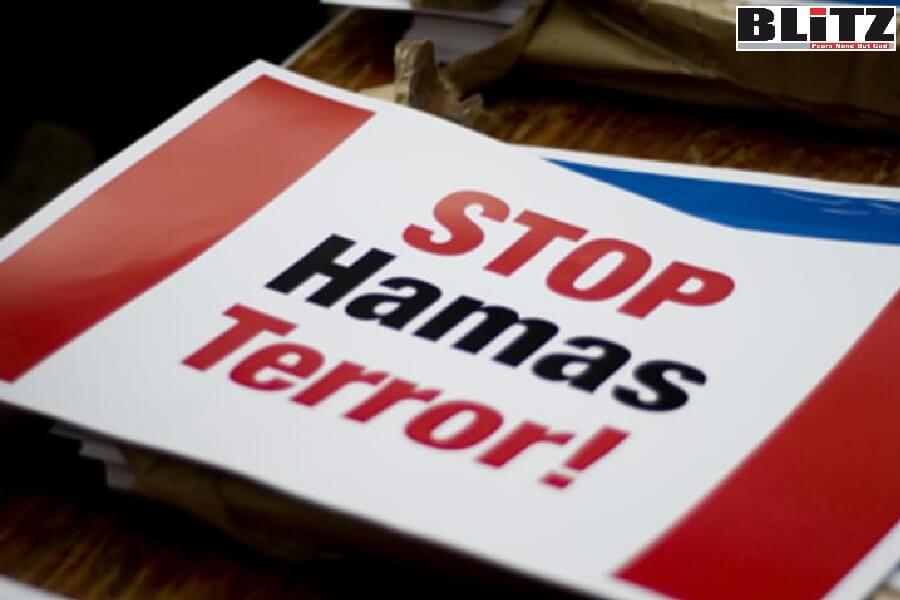 Israel largely achieved its military objectives in its recent war with Hamas, but the terror organization managed to achieve its political objectives despite its massive losses. This is only the beginning of a Hamas campaign to establish itself as the standard bearer for all Palestinians, including Israel’s Arab citizens. Writes Dr. Anoop Kumar Gupta

During its recent war with the Hamas terror organization, which ended in a ceasefire on May 21, Israel significantly eroded the group’s military capabilities. It thwarted relentless barrages of rocket fire from Gaza, inflicted heavy damage on Hamas’s rocket arsenal, killed a good number of its military commanders, spoiled its malign intentions in the Mediterranean, and destroyed a significant portion of its underground tunnel network.

Yet despite its losses, Hamas is celebrating victory over Israel. It is basking in the glory of having united all Palestinians, including Israel’s Arab citizens, under its leadership to resist the might of the Jewish state. Even as it scored wins against Hamas rocket fire, Israel faced a crisis from within and seemed to be under siege—a result that represents a great success for Hamas.

This most recent war between Hamas and Israel was certainly not the last. The next will occur when the Islamist terror organization has recovered from the beating it just took and is able to reconstitute its command structure.

Hamas, the Palestinian offshoot of the Egyptian Muslim Brotherhood, has caused trouble for Israel ever since its inception in 1987, and particularly after it forcibly evicted Fatah and seized exclusive control of the Gaza Strip in 2007. With Iran’s aid and support, Hamas has significantly increased its massive rocket and missile arsenal in terms of quantity, quality, intensity, and range. The current ceasefire will not stop Hamas from improving its military capabilities even further, and it will begin to do as soon as possible.

Hamas’s use of air and naval drones is a matter of serious concern to Israel. In view of the strategic lessons Hamas learned during this most recent engagement, it could decide to enhance its air and naval power for the purpose of bleeding Israel slowly and increasing the economic costs Israel suffers. To give some sense of the relative collateral damage caused to the two sides in the latest round of the conflict, one Tamir missile from the Iron Dome anti-missile system costs approximately $80,000 while the Hamas rocket it is designed to thwart costs about $800.

Never losing sight of its ultimate goal of destroying Israel so as to “raise the banner of Allah over every inch of Palestine,” Hamas sparked the latest war with a view of asserting its leadership over the West Bank Palestinians. It did so by using the oldest Palestinian trick in the book: the supposed Jewish threat to Islam’s holy shrines in Jerusalem.

Having ostensibly achieved this goal, with the added (and probably unexpected) “bonus” of the Israeli Arabs’ nationwide assault on their Jewish compatriots, Hamas will likely continue to insert itself into matters related to non-Gazan Palestinians so as to consolidate its grip over them. And given the international community’s massive pressure on Israel to stop fighting whenever it seems on the brink of crushing the Islamist terror organization— as happened in 2008/9, 2012, 2014, and 2021—Hamas might have concluded that another war would invariably be a win-win situation for it, no matter how much its military might is degraded, let alone how much more its long-oppressed Gaza subjects are made to suffer.

Hamas can also be expected to intensify its efforts to take over control of the Palestinian Authority (PA) by ballot. Having won the Palestinian parliamentary elections in January 2006, Hamas was (illegally) prevented by PA President Mahmoud Abbas from translating its win into control of the PA. It has been thwarted ever since by Abbas, who has refrained from holding the long overdue election for the (well-founded) fear of a repeat PLO electoral defeat. Indeed, Abbas’s latest calling-off of the elections was the spark that enticed Hamas into setting in train the escalation process that led to the 2021 war.

Should Hamas seize control of the West Bank, as is bound to happen sooner or later, the phony interest in peace feigned by the PLO since the onset of the Oslo “peace process” in 1993 will likely evaporate, as Hamas has never hidden its ultimate goal of destroying Israel. And while the West’s infinite capacity for self-delusion regarding the Palestinian leadership’s genocidal intentions in general, and the PLO/PA’s true colors in particular, may enable the Islamist terror organization to sustain the PLO’s “peace” pretense for some time, it will never sign a full-fledged peace agreement with the Jewish State, because in its view “[T]he land of Palestine is an Islamic Waqf [Islamic religious endowment] consecrated for future Muslim generations until Judgment Day.”

Though Hamas may not be able to stop the Arab states from normalizing relations with Israel, it can damage the favorable political environment necessary for the spirit of the Abraham Accords to be advanced. Perhaps more importantly, Hamas will likely intensify its efforts to broaden its influence among Israel’s Arab citizens (around 21% of the total population), as their continued radicalization not only poses a serious threat to Israel’s social fabric but could also culminate in a full-fledged armed insurrection in the event of a new war, on a far wider scale than that of October 2000 and May 2021. This is why its chief, Ismail Haniyeh, declared immediately after the current ceasefire that Hamas had successfully foiled Israel’s attempts to integrate into the Arab world, not only on a regional level and but also on a domestic level.

Dr. Anoop Kumar Gupta has been visiting researcher at Hebrew University and is an alumnus of the School of International Studies, JNU New Delhi.