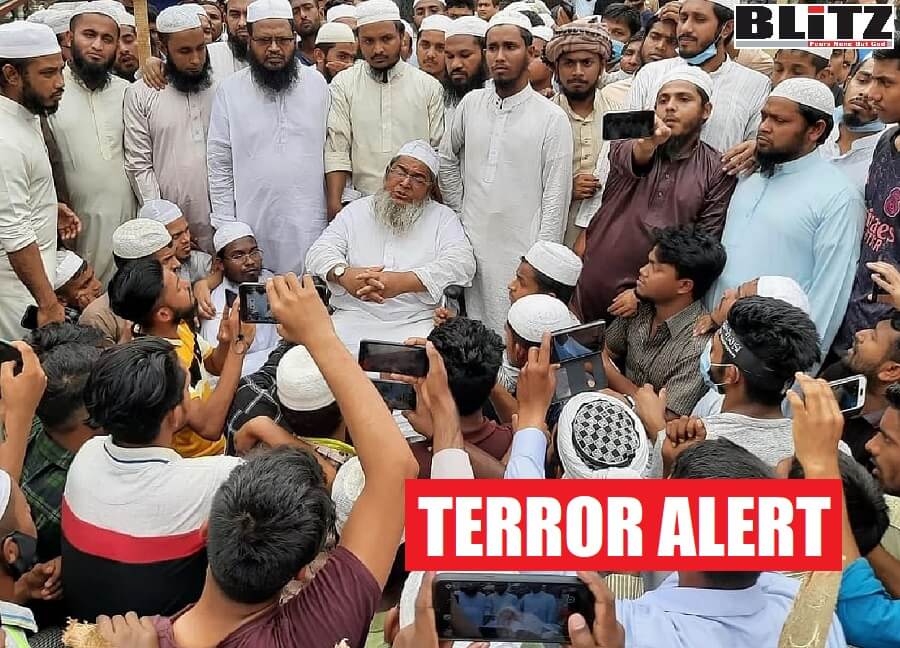 Mr. Rahman said: “The militants have said that several Jamaat-e-Islam and Hefazat-e-Islam leaders are linked to the [Pakistan-based] militancy outfit Lashkar-e-Taiba (LeT). Besides, police have also collected various evidences in connection with the matter. Mamunul Haque and Harun Izhar, the Islamist radicals led the massacre and anarchy to oust the government headed by [Prime Minister] Sheikh Hasina, mostly through funds provided by Lashkar-e-Taiba”.

He said, “Those are determined to create a Taliban state in Bangladesh that goes against the present secular government. The militant leaders said, they are against the valued of our 1971 Liberation War”.

Although the officials of Bangladesh Police have already told the media about Hefazat-e-Islam’s connections with Pakistani militancy outfit Lashkar-e-Taiba, they are yet to come up with statement about Hefazat’s direct affiliation with Pakistani spy agency ISI.

Couple of years ago, we in Blitz have exposed names of several Trinamool Congress leaders, including film actress Moon Moon Sen of their connection with notorious terrorist Dawood Ibrahim and his infamous D Company, which are sheltered and patronized by Pakistani ISI. We also have exposed Hefazat-e-Islam’s involvement in circulating Counterfeit Indian Currency Notes (CICN), which are being produced by ISI. It is easily anticipated that several members of Trinamool Congress are also having stakes in the illegal transaction of CICN, while there had already been reports in the media about Trinamool’s discreet connection with Hizbul Mujahedin.

Hefazat resorts to putting pressure on the government

For the last few days, several leaders of Hefazat-e-Islam, including few who already are facing warrants of arrests are seen meeting sevarl key policymakers of the government with the demand of ending the “arrest and harassment” of hefazat leaders and activists, release of the arrested leaders [including notorious Mamunul Haque] and reopening of the Qawmi madrassas. It may be mentioned here that, for years, Qawmi madrassas have turned into breeding ground of radical Islamic militants.

Earlier, Bangladeshs Prime Minister and leader of the Parliament Sheikh Hasina on April 4 has promised the "strongest possible action" against Islamist radicals responsible for violent protests over Indian Prime Minister Narendra Modis visit to the country, in her speech to the lawmakers in the Parliament.

“We had invited the Indian Prime Minister to express our gratitude to Indian people for their unstinted support during the 1971 Liberation War,” Sheikh Hasina added.

She also warned that the Hefazat radicals would face “dire consequences” if they continued their violence over Modi’s visit.