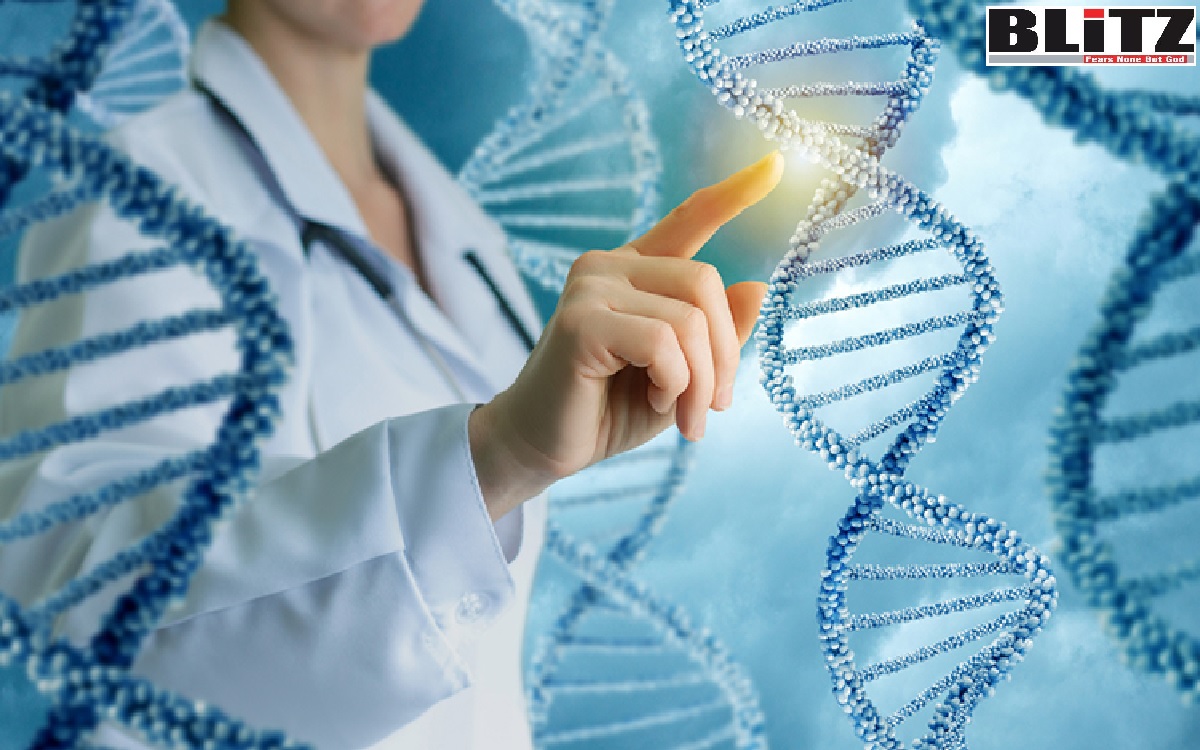 The Universal Declaration on the Human Genome and Human Rights was adopted unanimously and by acclamation at UNESCO’s 29th General Conference on 11 November 1997. But, you know, emphatic statements of principle are bound to collide sooner or later with interests and power dogmas. Not to say if the wizards of Great Reset need free hands to implement their plans.

Anyway, UNESCO regarded the human genome as the “heritage of humanity”. UN believed it should be protected and passed on to future generations and that advances in science need to be considered in the light of human rights. Then, unfortunately, started the game of nanotechnology applied to biology, with a so fast pace ever unimaginable before. And the interest of militaries.  The world big players forgot, before a nano-second, what they signed and agreed to protect: the human genome. Especially military applications lead this sector. “A new technique of genome editing using a bacterial system, called CRISPR-Cas9, has been introduced offering the possibility of inserting, removing and correcting DNA with relative simplicity and efficiency, unrivalled so far. This is often called genetic editing” we read on UN document. Actually residues, scratches of ancient viruses such as the Spanish flue or Polio were taken, and their cells were reengineered to have powerful biological weapons or to produce vaccines for defense purposes, wrote prof Joseph Tritto, author of “China Covid-19. The Chimera that Changed the World”.

In it, the author provides many scientific arguments that lead to the conclusion that the virus is not present in nature but was created in a laboratory in Wuhan, in the biosecurity laboratory 4 and at same feature in Harbin. The virus leaks happened during World military games in Whuan and few days later in Harbin, during International Winter games.

Last Summer BBC quoted this as conspiracy theory, but It wasn’t, according to Tritto’s book. Until then, the “Wuhan lab leak” theory had been dismissed by most scientists – maybe to close to Big Pharma -as a fringe conspiracy theory.

Now such thesis is presented with extensive documentation, dates, facts, names by an internationally renowned Italian scientist. Tritto is president of the Paris-based World Academy of Biomedical Sciences and Technologies (WABT), a non-governmental institution founded in 1997 under the auspices of UNESCO with a long list of International contribution with university institusions from the US, to India, China, UK even focused on military use of nanotechnologies.

Fort Detrick is a keystone of Tritto narrative. “already in 2007 coronavirus were in the list of US military bio-weapons, among Ebola, Marbourg And so on” told the Italian scientist in a recent interview.

Just to take an example, in 2007 a Fort Detrick branch, USAMRIID (United States Army Medical Research Institute of Infectious Disease) published a paper on the Journal of Virology about using the Ebola virus to conduct animal testing on rhesus monkeys. Furthermore, Several staff in the same department have conducted researches related to SARS, MERS and other coronaviruses. Back in 2003, after the SARS outbreak, USAMRIID worked with Ralph Baric’s team from the University of North Carolina (UNC) and developed a novel reverse genetic system for manipulation of a full-length cDNA of the SARS-CoV, and relevant outcomes were published in a paper in 2003.

But even China conducted bioengineering experiments with French and US financial and scientific help. The work was meant to develop vaccines, gradually morphing into military research. The Wuhan lab is now run by China’s People’s Liberation Army under General Chen Wei, an expert in biochemical weapons and bioterrorism. She learned – according to Tritto – in France and in other European laboratories how to enter in cell and change DNA.

Until a few months ago, such an idea would have been labelled a conspiracy theory, contemptuously dismissed by people who believed in China’s innocence, treated as absurd by several scholars who defended the “innocence” of science. In this case It seems nobody Is innocent.

Beyond the moral responsibilities for what happened, we have to understand how dangerous Is to play with human DNA. Tritto stressed some other key points. First of all, the military ingerence on bio research. In the US 70 percent of investments in these sectors comes from Darpa, a Pentagon agency. Second of all there is no medical supervision of these kind of dangerous researches. Third point, sometimes even states have a weak control over group that fund this sector. Are you not scared enough?

In Italian scientist view, there is an urgent need for worldwide rules to regulate research on how to create viruses in labs, on how P4 (biosafety-level-4) labs can operate, on relations between military and civil labs, and on forcing China and other countries to sign a biological and toxin weapons convention.

But there is an heinous question coming from this situation. How comes that the US and China, strong strategic competitors, shared know how in military bio technologies? There Is an answer that Is Just an ingerence so far. The use of bio weapons are supposed to be used against their owns people, to change human genome and build a new slave generation.