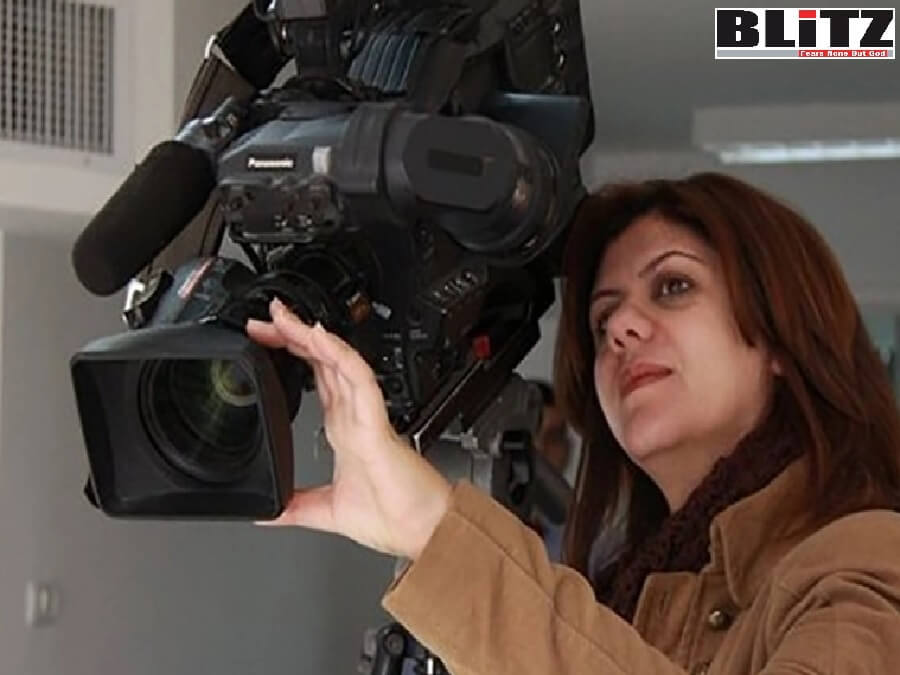 It seems, scandalous Ilhan Omar has made pledge of promoting radical Islam and jihad and influence American policymakers in ruining relationship with Israel, India and few more countries which are facing notorious jihadist terror from radical Muslims. Few days ago she had publicly demonized India and Prime Minister Narendra Modi during her Pakistan visit and meeting with jihadist darlings. Now she has once again come up with statement centering the murder of Al Jazeera journalist Shireen Abu Akleh. In her tweet, Ilhan Omar said: “She was killed by the Israeli military, after making her presence as a journalist clearly known. We provide Israel with $3.8 billion in military aid annually with no restrictions. What will it take for accountability for these human rights violations?”

Wherefrom Ilhan Omar has got confirmation of Shireen Abu Akleh been killed by IDF? If the Al Jazeera journalist was killed by the Israeli military why are the Palestinians refusing to allow examination of the bullet? Why the Palestinian leaders are making frantic bids of hiding this matter? And of course, one may also ask – who has confirmed Ilhan Omar about the Shireen Abu Akleh been killed by Israeli forces? Her jihadist contacts in Gaza? Or her darlings inside mega-terror outfit Hamas?

Meanwhile, Mahmoud Abbas, while attending the funeral of Palestinian Al Jazeera journalist Shireen Abu Akleh said he will go to the ICC to “punish the criminals”.

Isn’t it ridiculous? While Abbas is planning to pressing complaint with ICC and Ilhan Omar already putting the blame on IDF, the Palestinian Authority has refused to allow Israel to examine the bullet that killed the journalist even though it is one of the steps needed to determine culpability in her death.

It has also rebuffed requests by Israel to hold a joint investigation into Abu Akleh’s death. The veteran journalist, well known throughout the Arab world for her coverage of the Israeli-Palestinian conflict, was fatally shot in the also she was shot in the ear while wearing a helmet by a sniper.

“Israel has requested a joint investigation and to be handed over [sic] the bullet that assassinated the journalist Shireen, we refused that, and we affirmed that our investigation would be completed independently,” Palestinian Authority Minister and General Authority of Civil Affairs head Hussein al-Sheikh tweeted.

“We will inform her family, #USA, #Qatar and all official authorities and the public of the results of the investigation with high transparency. All of the indicators, the evidence and the witnesses confirm her assassination by #Israeli special units”, al-Sheikh emphasized.

Israeli Foreign Minister Yair Lapid and Defense Minister Benny Gantz had reached out to the PA in the hours after her death and offered to hold a joint investigation.

According to media reports, Al Jazeera journalist Shireen Abu Akleh was killed with 5.56 mm bullet that is used by the Israeli military as well as Palestinian gunmen. Israeli authorities have already questioned all of the IDF soldiers who were in the area at the time and physically mapped out where they were at the moment the bullet struct the journalist. The preliminary investigation has already found that none of the snipers shot toward any particular target during the incident.

According to Channel 12, Israel has also asked the Palestinians to hand over the helmet that Abu Akleh was wearing when the bullet struck her.

Abu Akleh, who is from east Jerusalem, also held US citizenship. The Biden administration, as well as the European Union and the UN, have called for an investigation into her death. Israel Ambassador to the US Mike Herzog told KAN News that the Biden administration may want to participate in that probe.

“She was an experienced journalist whom many of my own colleagues use to work with…. We have to get to the bottom of what happened, to find the truth and only the truth,” Hajioff stated.

“Why,” she wanted to know, “are the Palestinians rejecting a joint investigation?…. What exactly are they trying to hide?” she asked.

On Wednesday the director of the Palestinian Forensic Institute conducted an initial autopsy and said the results were inconclusive, she explained.

“Without any concrete evidence, hasty accusations against Israel that are being made right now are misleading and irresponsible. I call on all parties to refrain from disrupting or contaminating the investigation,” she said.

Despite the fact that we consider Qatari Al Jazeera as terror-broadcast network, we definitely are shocked at the tragic murder of a fellow journalist – Shireen Abu Akleh. We are pressing our demand for a neutral investigation into this matter. Murderer of Abu Akleh needs to be identified and punished.