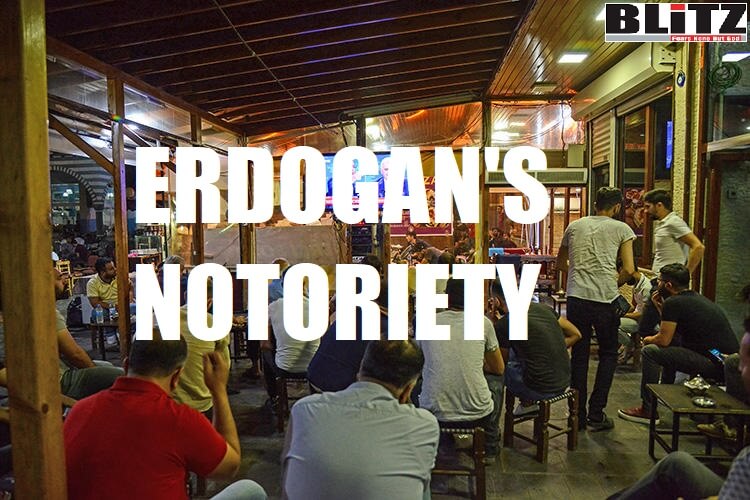 Yavuz Selim Demirağ, a columnist for the nationalist daily Yeni Çağ who was attacked by a group of men who beat him with baseball bats in May, was released from prison under judicial control around midnight the day he turned himself in, Deutsche Welle reported on June 14. The journalist turned himself in to serve time for “insulting the president” on June 13. Demirağ told DW that he believed the election campaign in Istanbul and the reactions to his imprisonment on social media played a part in his quick release. Demirağ’s lawyer Erhan Tokatlı told DW that although his client was eligible for release under judicial control because his sentence is less than two years, the release may have happened so quickly due to an “executive decision.”

CPJ condemned the June 13 decision by Turkey’s judiciary to charge two Bloomberg reporters, Kerim Karakaya and Fercan Yalınkılıç, over their coverage of the Turkish economy, after the Turkish banking regulator BDDK filed a criminal complaint. An Istanbul criminal court is due to hear the case in September 20.

CPJ reviewed the indictment and identified at least three journalists who were listed among the 36 suspects who were also accused of sharing “false, wrong, or deceptive information” to affect the markets. Under Turkey’s Capital Market Law 107/2, the charge carries a penalty of up to five years in prison or a judicial fine. The three journalists are Merdan Yanardağ, chief editor for online newspaper ABC, Mustafa Sönmez, former economy columnist with Cumhuriyet, and freelancer Sedef Kabaş.

Murat Alan, news editor for the pro-government Islamist daily Yeni Akit, was attacked and hospitalized in Istanbul on June 14, state news agency Anatolia (AA) reported. According to the AA report, Alan was attacked by four men near his house in the Gaziosmanpaşa District of Istanbul; one of the attackers had a knife and the other had a baseball bat, said Alan, who was treated for head trauma. Two of the suspects, identified only as Serdar A. and Bayram G., were apprehended by the police, who tracked them by the getaway car’s license plate from eyewitness testimonies, the same report said.

Another AA report from June 18 said four suspects were imprisoned pending trial by an Istanbul court on a charge of “intentionally injuring [someone] with a weapon.” The report identified the other two suspects as Ferhat Ö. and Savaş K. The suspects claimed the attack was not planned, the report said.

Alan, in a statement at the hospital the day of the attack, said he believes it was an attack not only on him but “the will of the [ruling] AKP” and the president as well. “Look at what they have done to us when our government [is in power], in our time,” Alan said, according to a video of the statement posted on the website of pro-AKP daily Takvim that was reviewed by CPJ.

Several other journalists were physically attacked in Turkey in recent weeks, CPJ has reported. Alan was sixth victim but the first pro-government journalist who was attacked. None of the identified suspects of the previous attacks, with the exception of the suspect in the shooting of journalist Hakan Denizli, were imprisoned pending trial.

Fahrettin Altun, director of communications for the presidency, condemned the attack on Murat Alan on June 14, breaking the government’s silence on the recent attacks on journalists.

In an unrelated incident, reporters for pro-government Beyaz TV were harassed and beaten in the capital, Ankara, online newspaper T24 reported, with a video of the attack, on June 17. An unidentified cameraman was hospitalized and a suspect identified with the initials E.G. was apprehended by the police, the report said.

The detainees were released by a court under a travel ban on June 19, pro-Kurdish Mezopotamya Agency reported.

Documentary filmmaker and photojournalist Kazım Kızıl, who was on trial on charges of “insulting the president” and “violating the Law on Meetings and Demonstrations,” was found guilty of the former charge and acquitted of the latter by an Izmir court on June 19, the Media and Law Studies Association reported. He was sentenced to 15 months and 16 days in prison, but the sentence will not be executed in light of the three months he spent behind bars after he was arrested in 2017 while documenting street protests. Kızıl tweeted after the verdict, saying: “[The police] took me in custody while battering me as I was shooting video. First they accused me of unlawful demonstration and provoking the people into animosity and hatred. Then they dropped the latter charge and arrested me for insulting the president instead. The prosecutor did not even take my testimony; the court did not even ask a question about this.”

Canan Coşkun, a former reporter for the opposition daily Cumhuriyet, was acquitted on the charge of “insulting” the president by an Istanbul court on June 20, leftist daily Evrensel reported. Coşkun had reported on the arrests of former Cumhuriyet journalists Can Dündar and Erdem Gül, including one story entitled “Erdogan ordered, Journalists arrested” in 2015. Coşkun was acquitted because the case against her was filed two years after the story in question was published, which exceeds the statute of limitations under Turkish law.

Online newspaper Gazete Karinca reported on June 15 that a foreign travel ban on ETHA reporter Adil Demirci, a Turkish-German dual national who was released from prison in February pending trial, was lifted, and that he would be permitted to travel to Germany. Deutsche Welle reported on June 18 that Demirci was in Germany to attend his mother’s funeral. The trial of Demirci will continue in Istanbul on October 15, the report said.