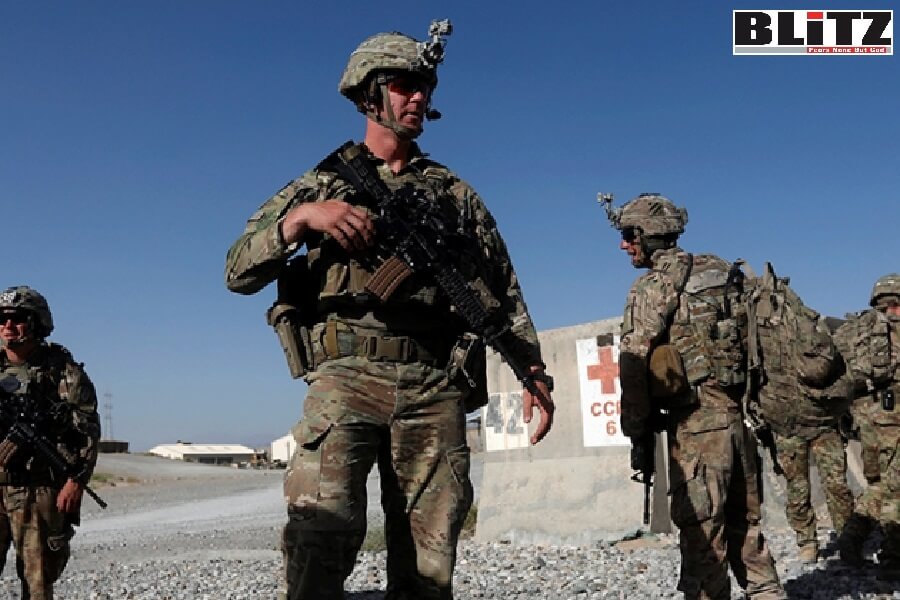 India has both strategic and internal security issues with the American abandonment of Afghanistan. While India’s arch-rival in Pakistan seems to be in a win-win situation, India will have to face many challenges. Though India has been included, at the American insistence, in UN-supervised talks for ensuring intra-Afghan peace, it will not make much difference as any positive outcome of the talks is almost ruled out. As and when the Taliban assumes power, Pakistan would emerge as a major player. While Pakistan will not like any type of Indian influence in Afghanistan, India can ill-afford to lose all the goodwill and strategic leverage through huge investments in its economic uplift. Afghanistan is as strategically important to India as it is to Pakistan. Writes Brig (Retired) Anil Gupta

US President Joe Biden has ultimately announced September 11 as the final cut-off date for the complete pullout of the US and other allies’ troops from war-torn Afghanistan. Earlier, he had denounced the decision of his predecessor Donald Trump of complete drawdown by May 1 as “impractical.” As per the new blueprint, the pullout would begin on May 1 and terminate by September 11.

In fact, September 11, 2022, will mark the completion of two decades of invasion of Afghanistan codenamed ‘Operation Enduring Freedom’ till 2014 (when the twin objective of overthrowing the ruling Taliban regime and decimating Osama bin Laden’s Al-Qaeda was partially achieved) and ‘Operation Freedom’s Sentinel’ after that, the longest-running war in US history. At the time when the US is leaving, Afghanistan is in turmoil due to the internal war for “who will control Afghanistan” continuing between the elected government of President Ashraf Gani and the insurgents led by the Taliban, who already control more than 40 per cent of the country. Pakistan brokered a peace agreement between the US and the Taliban reached last year in February. It succeeded only to the extent that the Taliban stopped attacking the foreign troops but failed to achieve the main purpose of a negotiated settlement and permanent ceasefire with the Afghan government.

The Taliban had also agreed to ensure that its soil would not be used as a ‘launchpad’ for the global jihadi terror, which also has been violated many times. The violence has surged in Afghanistan ever since the beginning of peace talks in September last year. The civilian and security force deaths recording an upward trend, and even deadly terror attacks have increased. In a nutshell, Afghanistan continues to be in a quagmire and the melting pot for global jihadi terror.

Does the question arise what did the US achieve even after spending a whopping $2tn plus and losing 2216 precious lives? Billions in “aid” are said to have gone down the drain with the bulk invested in the Dubai property market. The cost to Afghan civilians has been equally appalling, put at between 50,000 and 100,000 deaths over the two decades. Many analysts believe that the present regime in Kabul is unlikely to hold for long after the Americans leave. It could hardly govern with American help and is unlikely to succeed without them. Come September, Afghanistan is likely to be back with the Taliban, a scenario dreaded not only by the Afghans, particularly the women, but India as well. Afghanistan has once again lived up to its reputation of “the graveyard of the Empires”. Yet another power is leaving Afghanistan, leaving the country in ruin and without ushering peace in the war-torn nation. This is straightforward abandonment. Afghanistan faces a threat from the Taliban and the Islamic State, which is reported to have formed an affiliate Islamic State in Khorasan Province.

Afghanistan has witnessed sea-change regarding infrastructure development under the Reconstruction Program, with India being a major contributor. Will it have any value for the radical Islamists for whom the rule of Sharia is the ultimate, even if it means a return to the medieval era? The Taliban have already announced themselves as the ‘Winner’. “We have won the war; America has lost,” says Taliban.

The Taliban see themselves as a government waiting, which speaks volumes of their confidence to overthrow the current regime after the Americans leave. They have already decided to rename the country as “Islamic Emirate of Afghanistan.” “This is jihad, and it is worship. We don’t do it for power but Allah and His law. To bring Sharia to this country.

Whoever stands against us, we will fight against them,” says Haji Hekmat, Taliban’s shadow Mayor in Balkh District, virtually under its control. The statement mirror images the mindset of the Taliban leadership; some elements felt that with the passing of time and changed thinking among many Muslim countries, a group of moderates has also emerged among the Taliban. How much they would influence the new government or how the new Islamic government, when formed, will accommodate them? Will be the actual litmus test of the Taliban?

India has both strategic and internal security issues with the American abandonment of Afghanistan. While India’s arch-rival in Pakistan seems to be in a win-win situation, India will have to face many challenges. Though India has been included, at the American insistence, in UN-supervised talks for ensuring intra-Afghan peace, it will not make much difference as any positive outcome of the talks is almost ruled out. As and when the Taliban assumes power, Pakistan would emerge as a major player. While Pakistan will not like any type of Indian influence in Afghanistan, India can ill-afford to lose all the goodwill and strategic leverage through huge investments in its economic uplift. Afghanistan is as strategically important to India as it is to Pakistan.

The major threat that would emerge to India is the likelihood of the situation as it prevailed in the 1990s and early 2000 with relation to jihadi terror. A pliant government in Afghanistan will allow Pakistan to continue to adhere to its policy of using terror as an instrument of the state policy. To avoid international pressure and the fear of watchdogs, it is likely to shift the terror infrastructure to the badlands of Afghanistan. Jihadi terrorists who would become surplus to the internal need in Afghanistan may well be diverted across the border by Pakistan as in the past. The security of India’s infrastructure, including the alternate road route via the Sistan Baluchistan of Iran and the Indian personnel deployed, would be another major concern.

To ensure that the gains made by India are not buried to the ground along with the anticipated change in regime post-September this year, it needs to formulate and put in place a robust response based on a long- term strategy. First, without losing any time, the government must appoint a special representative for Afghanistan reconciliation with the mandate to open communication channels and negotiations with all stakeholders, including the Taliban and the Islamic State. To put the boots on the ground has been opposed by India till now and hopefully will stick to its stance even hereafter. Greater outreach to strengthen the Afghan forces, including training and equipping them, must continue with increased emphasis on capacity building.

India would need to leverage its good relations with Iran and Russia to keep Pakistan and Turkey away from harming our interests. The emerging threat from radical Islamists will have to be highlighted to China since it is very sensitive to such a threat in its Xinxiang province. The goodwill of the Afghanis earned by us should also be exploited by us to soften the Taliban approach to India. The emerging situation in Afghanistan would definitely test our political and diplomatic mettle in the coming days.

While the Afghans will have to prepare themselves for a possible civil war, the global community must get ready for a renewed and vigorous threat from extremist Islam. The epicentre of the new global Great Game may be shifting to the Indo-Pacific or South Caucasus. Still, Afghanistan will continue to be the epicentre of global jihadi terror, rejuvenated and resurrected. The US may abandon Afghanistan; it would not be able to abandon the war on terror.

Disclaimer: Opinion expressed are solely of the author