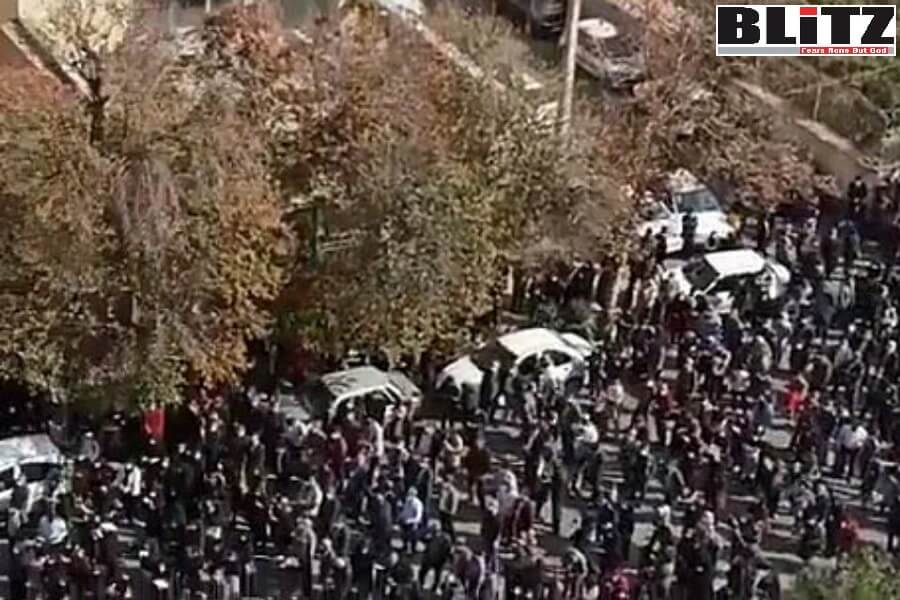 Instead of responding to the just demands of Iranian teachers, the reaction of Iran’s Minister of Education, Yousef Nouri, to the teachers’ protests was thought-provoking. Writes Hossein Beizayi

In recent months, protests over social, economic, and environmental issues have escalated in Iran. The response of the country’s security forces – usually a mix of riot police and plainclothes security forces of the Islamic Revolutionary Guard Corps – to the protests is nothing more than to suppress them. Iranian teachers, factory workers, and labor activists have taken to the streets across the country to express their dissatisfaction with the Iranian regime. In addition, farmers have protested water shortages, and villagers have protested sanitary waste disposal problems. In many cases, demonstrators have been deprived of their right to protest through intimidation and threats and, in some cases, have faced public hostility and violence from security forces. They have been shot, arrested, and imprisoned, and some have been subjected to degrading searches of their homes and computers.

Another round of teachers’ protests

On Thursday, April 21, 2022, despite heavy security measures, thousands of Iranian teachers in Tehran and at least 51 other cities in 24 provinces rallied in protest of their difficult living conditions, meager salaries, the lack of response to their demands, and the non-implementation of the pensions laws. Carrying photos of imprisoned teachers, they condemned the continuous and systematic repression and detention of protesting teachers and union activists. They took to the streets to voice their unanswered economic woes and seek answers to their outstanding demands once again. Calls for these demonstrations were issued a few days prior to the gatherings, and regime officials had their security forces on high alert to prevent any possible sign of anti-regime protests.

Instead of responding to the just demands of Iranian teachers, the reaction of Iran’s Minister of Education, Yousef Nouri, to the teachers’ protests was thought-provoking.

In a meeting with educators in Marivan, western Iran, which was held on the occasion of Teacher’s Day and Week, he congratulated teachers and said that according to Article 23 of the Violations Board, illegal gatherings could lead to the dismissal of teachers who participate in them. To mitigate his apparent threat, he went on to say that “legal gatherings” were teachers’ rights and should be pursued legally. However, he did not specify which gatherings were legal and which were illegal.

After a long delay in choosing the right option for this Ministry, Yousef Nouri finally took the helm of the country’s education. Nouri’s previous positions were mostly unrelated to education and were related to civil and economic issues. It is clear that Nouri is so distanced from the country’s education environment that right on Teacher’s Day and during the detention of teachers protesting their dire living conditions, instead of offering support, threatens them.

Mohammad Reza Nikonjad, a member of the Teachers’ Union, said about the presence of teachers in gatherings: “This is the first time I have seen this regulation, and no one has ever said that teachers can be fired because of their gatherings and protests.”

The teacher’s activist stressed that according to Article 27 of the Constitution, any unarmed assembly, which does not violate the principles of Islam is legal. “The law does not even mention getting a permit. Unfortunately, this government has a political and security perspective and pays more attention to this issue.”

Iranian teachers who like workers, nurses, and students are fed up and angry with the status quo in Iran and have decided to voice their anger on the streets, are faced with threats, intimidation, and detention. In Raisi’s government, Ministers are close associates and commanders of the infamous Revolutionary Guards (IRGC). The regime of the ayatollahs has only one approach to any protest and gathering: crackdown, at whatever cost. However, no amount of suppression will be able to hold the rage of ordinary Iranians at bay.