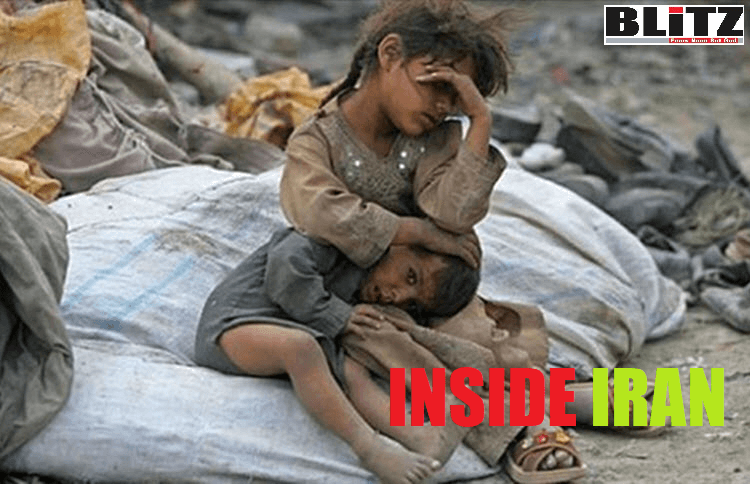 Consensual sexual activity between members of the same sex can be punishable by death, while people convicted of “touching and kissing” can be flogged. The report said that “senior officials describe members of the LGBT community in hateful terms, including “subhuman” and “diseased.”

Rehman said he was also disturbed by the Iranian government’s continued targeting of journalists and writers who report on subjects such as corruption and the COVID-19 pandemic. Health experts who question the regime’s management of the health crisis also reportedly face prosecution or losing their jobs. Writes Ephrem Kossaify

Women and girls in Iran continue to be treated “as second-class citizens,” according to a new UN report. Published on March 8, International Women’s Day, it details the scale of human rights abuses perpetrated by the regime in Tehran against members of many groups in the country.

The research, by independent expert Javaid Rehman, reveals that women, girls, human rights advocates, ethnic minorities, writers, journalists and people with dual nationality are among those targeted by the regime. They face abuse, torture, arbitrary detention, harassment, forced confessions, and even the death penalty.

Rehman, who will present his report on March 9 to the UN’s Human Rights Council, said females suffer as a result of deep-rooted discrimination in law and day-to-day life. He raised serious concerns about domestic violence, and while he welcomed the introduction of a new law to tackle acid attacks against women, he urged the Iranian government to do more to protect them.

“Violence against women, patriarchal values and misogynist behaviors permeate many segments of Iranian life, with discriminatory legal provisions exacerbating the vulnerabilities of women to domestic abuse,” said Rehman, who is the UN special rapporteur on the situation of human rights in the Islamic Republic of Iran.

His report also highlights the problem of child marriage, noting that more than 16,000 girls between the ages of 10 and 14 got married in Iran in just six months last year.

“One of the most concerning issues in Iran today, when it comes to the rights of women and girls, is the issue of child marriage,” Rehman said. “The current legal marriage age is simply unacceptable.”

According to Human Rights Watch, girls as young as 13 can marry in Iran with their father’s permission, and at an even younger age if authorized by a judge.

“It is clear that child marriage is harmful for the development and well-being of girls, including in terms of education, employment and to live free of violence,” Rehman added.

His requests to visit Iran were denied and so he compiled his report using data collected from government, non-governmental and media sources. He also interviewed victims of abuses, along with their families and lawyers.

His report also sounds an alarm about the continuing harassment, arrest and imprisonment of women’s rights advocates, both women and men, including those who campaign against compulsory veiling laws.

Some officials have encouraged attacks against women who do not observe these laws and threatened their safety in other ways, the report stated. The enforcement of veiling laws by the police, Basij militia and vigilante “morality police” often results in violence against women, including acid attacks and murder.

Rehman’s report also details how blatant gender discrimination permeates almost all aspects of the law and daily life in Iran, including marriage, divorce, employment and culture, with the result that women are treated as second-class citizens.

He calls on the Iranian government to repeal discriminatory laws and ratify the Convention on the Elimination of All forms of Discrimination Against Women. Iran is one of the few states not to have signed it.

Regarding the Iranian regime’s failure to investigate a brutal crackdown by security forces on protesters during the nationwide demonstrations on Nov. 19, or to hold the perpetrators accountable, Rehman presents evidence that suggests firearms were used “in a manner that amounted to a serious violation of international human rights law,” resulting in the deaths of more than 300 people, including women and children.

In the days following the protests, the report states that the Islamic Revolutionary Guard Corps raided homes, hospitals, schools and workplaces to arrest demonstrators, including children, and crush what Iranian officials described as “a very dangerous conspiracy.”

More than 7,000 detainees were held in secret facilities without access to lawyers, many of them in solitary confinement where they were tortured, starved and forced to make false confessions.

Relatives seeking information on the whereabouts of loved ones were also harassed and detained. Targeting of relatives in an effort to force human rights activists to halt their campaigning has been widely documented.

In July 2020, for example, Alireza Alinejad, the brother of human rights campaigner Masih Alinejad, was convicted and sentenced to eight years in prison “on spurious national security charges, in reprisal against his sister’s advocacy,” the report noted.

Rehman also called for an end to the culture of impunity in Iran. This has been reinforced by government reprisals against those who raised allegations of human rights abuses during the protests.

The special rapporteur also voiced concern about the high rate of death sentences in Iran, especially the execution of child offenders, and the recent cases in which protesters received the death penalty.

There have also been reports of secret executions in connection with the protests “following unfair trials and after the systematic use of torture to extract forced confessions.” On Sep. 12 last year, for example, wrestler Navid Afkari, who had participated in Aug. 2018 protests in Shiraz, was put to death “without prior notice in contravention of Iranian law.”

The report also raises concern about the fate of detained human rights activists, journalists, labor rights campaigners, dual and foreign nationals, and lawyers. It points out that the Iranian regime continues to target individuals who advocate for basic freedoms, including Yasaman Aryani, Monireh Arabshahi and Mojgan Keshavarz, who were imprisoned for taking part in protests on International Women’s Day 2019 against compulsory veiling laws.

Payam Derafshan, who opposed a government ban on the Telegram messaging application, remains detained while he awaits a Supreme Court review of a two-and-a-half year prison sentence.

Rehman also notes with concern “the authorities’ repeated disruption of telecommunications.” Telegram, Twitter, Facebook and YouTube are “permanently blocked and inaccessible without circumvention tools,” in an attempt to prevent protesters from revealing regime abuses to the world.

“Internet shutdowns and the blanket blocking of websites and applications represent a violation of the right to freedom of expression,” said Rehman.

He also said that ongoing discrimination against ethnic, religious and sexual minorities continues to be cause for alarm, and the report includes details of executions and enforced disappearances of political prisoners from ethnic minorities.

For example, Hedayat Abdollahpour, a Kurd, was executed for allegedly taking up arms against the state, despite a lack of evidence supporting his conviction and a confession extracted under torture.

On Aug. 15 last year, Liza Tebyanian was arrested and jailed for “teaching the Baha’i faith.” Many Gonabadi Dervishes also remain in prison.
Rehman’s report also includes examples of forced evictions from ethnic-minority areas. These include a raid on a village in Ahwaz, in Khuzestan province, in which demolition orders were issued for 300 houses, security forces fired tear gas at residents who resisted the confiscation of their land and demolition of their homes, and 130 people were arrested despite proof of ownership.

Since Rehman completed his report, further “disturbing incidents” involving the targeting of minorities have come to light, including: more than 20 executions of Baloch prisoners; the “suspicious” death of a Dervish follower; excessive use of force against protesters in Sistan and Balochistan province; the detention of 100 Kurdish activists, and house raids and land confiscations targeting members of the Baha’i faith.
Individuals who identify as lesbian, gay, bisexual and transgender also experience human rights violations and widespread discrimination. Consensual sexual activity between members of the same sex can be punishable by death, while people convicted of “touching and kissing” can be flogged. The report said that “senior officials describe members of the LGBT community in hateful terms, including “subhuman” and “diseased.”

Rehman said he was also disturbed by the Iranian government’s continued targeting of journalists and writers who report on subjects such as corruption and the COVID-19 pandemic. Health experts who question the regime’s management of the health crisis also reportedly face prosecution or losing their jobs.

Although the report raises concerns that international sanctions have hampered Iranian efforts to respond to the pandemic, it criticized the government’s “opaque and inadequate coronavirus response (which has) resulted in excess deaths, including the deaths of medical workers who were left to fend for themselves without sufficient protective equipment.”

Detainees were also abandoned in “overcrowded and unhygienic” prisons, Rehman adds. According to the World Health Organization, in June 2020 there were 211,000 prisoners in Iran’s state prisons, 2.5 times the official capacity.