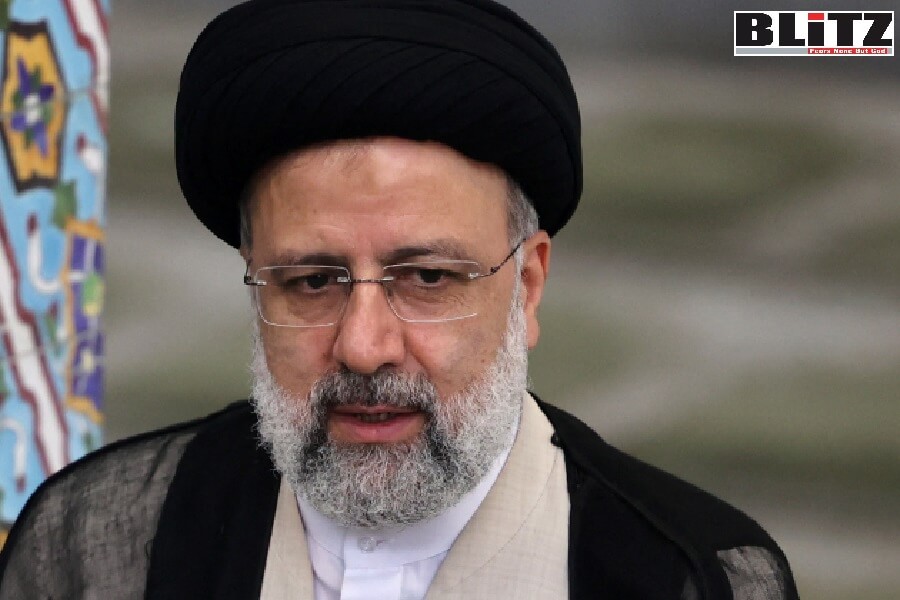 Judiciary chief Ebrahim Raisi described himself as a “defender of human rights” when asked about his involvement in the 1988 mass execution of thousands of people. Writes Hugh Fitzgerald

Iran’s presidential election was held on June 18, 2021; Ebrahim Raisi, a former judge of the merciless hanging variety, was elected. He gave his first press conference on June 21. A news story on this topic in Times of Israel, June 21,2021 states:

Iran’s president-elect said Monday he wouldn’t meet with US President Joe Biden, nor negotiate over Tehran’s ballistic missile program and its support of regional terror groups, sticking to a hardline position following his landslide victory in last week’s election.

This “landslide victory” was nothing of the sort. Raisi won 62% of the vote, but only 48% of the eligible voters bothered to vote, and even among those 48%, 3.7 million “accidentally or deliberately” invalidated their own ballots, another way of protesting the election. Even if we counted all those invalidated ballots for Raisi, he won — at most – support from 30% of the eligible voters. Not a “landslide.”

Judiciary chief Ebrahim Raisi described himself as a “defender of human rights” when asked about his involvement in the 1988 mass execution of thousands of people.

“All that I have done through my years of service has always been towards defending human rights,” said the Iranian president-elect, accusing the West of violating human rights….

Yes, nothing says “defender of human rights” like condemning to death 5,000 people whose sole offense was opposing the regime. Or like sanctioning the hanging of homosexuals from cranes. Or sentencing women to long prison terms if they violate the Islamic dress code.

The president-elect also said his administration would not allow negotiations to go on unless they were deemed beneficial to Iran, in talks with world powers aimed at reviving a 2015 nuclear deal.

Any negotiations that guarantee national interests will certainly be supported, but… we will not allow negotiations to be for negotiation’s sake,” he said, adding that his election on Friday followed a “massive” voter turnout.

What Raisi calls a “massive” voter turnout was, in fact, the lowest turnout in Iran’s history. As noted above, less than half — 48% — of eligible voters even bothered to go to the polls, and nearly four million of those voters mangled or otherwise rendered invalid their own ballots, actions which, like refusing to show up to vote, were another way of expressing deep anger with the regime.

“The US is obliged to lift all oppressive sanctions against Iran,” he said….

According to the Tehran Times, Raisi suggested that a “referendum” is the best solution to the Israeli-Palestinian conflict.

We can guess, can’t we, whom Raisi believes should take part in such a “referendum.” He has in mind the seven million Israeli Jews, the two million Israeli Arabs, the roughly four million Palestinians in Gaza and the West Bank, and – of course – the five million “Palestinian refugees” still on UNRWA’s rolls, who are spread throughout the Middle East. Such a referendum would naturally grant those “refugees” the Right of Return, and that would spell the end of Israel as a Jewish state. That’s what Ebrahim Raisi thinks will provide the “best solution” to the Israeli-Palestinian conflict; the disappearance of the Jewish state.

“Iran has always been a defender of the oppressed people, including the Palestinians, and this has been stated in the constitution and being insisted on by Imam Khomeini and Leader of the Islamic Revolution.” Raisi was quoted as saying by the publication….

Since Khomeini returned to Iran on February 1, 1979 and began instituting the theocracy known as the Islamic Republic, the most “oppressed people” in the Middle East have been the Iranians themselves. There is no freedom of speech, no right to assemble. The government has through mismanagement and corruption managed to drive the economy to ruin. Those who dare to protest in the streets are put down with extreme violence. Political dissidents are imprisoned; tens of thousands have been executed for opposing the regime and its Supreme Leader.

Asked about Iran’s ballistic missile program and its support of regional militias, Raisi described the issues as “non-negotiable.”

How often have we heard from both Joe Biden and Antony Blinken that they intend to “lengthen and strengthen” the agreement with Iran, in order to address its ballistic missile program and its support for regional proxies and allies, including the Houthis in Yemen, the Kata’ib Hezbollah militia in Iraq, and Hezbollah in Lebanon? Not only is Ebrahim Raisi flatly refusing to consider any discussion of such matters within the context of a revised 2015 deal, but he has made clear that he has no intention of entering into a subsequent, different negotiation about such matters. There will be no “lengthening or strengthening” of the 2015 deal, and what’s more, Raisi rejects the idea of any future negotiations about Iran’s ballistic missile program or regional aggressions. In his uncompromising view, those are off the table – forever.

On a possible meeting with Biden, Raisi simply answered: “No.” His moderate competitor in the election, Abdolnasser Hemmati, had suggested during campaigning that he’d be potentially willing to meet Biden….

Raisi has no reason to meet Biden. His mind is made up on all important questions, and there is no point in meeting the leader of the Great Satan.

The gauntlet has been thrown down: either the U.S. agrees to every single demand that Raisi and the real leader of Iran, Supreme Leader Ayatollah Khamenei, have made, or the talks are off. It’s a case not of negotiation and compromise, but of capitulation by the Americans to everything Iran wants.

Raisi will become the first serving Iranian president sanctioned by the US government even before entering office, in part over his time as the head of Iran’s internationally criticized judiciary — one of the world’s top executioners….

Raisi’s election puts hardliners firmly in control across the government as negotiations in Vienna continue to try to save a tattered deal meant to limit Iran’s nuclear program, at a time when Tehran is enriching uranium at 60%, its highest levels ever, though still short of weapons-grade levels.

It’s not any promises made in Vienna that will keep Iran from acquiring nuclear weapons, or prevent it from producing the ballistic missiles capable of carrying nuclear warheads. It is, rather, the Mossad, that ever since introducing the Stuxnet computer worm in 2010, has managed to regularly set back Iran’s nuclear program, by causing centrifuges to malfunction, speeding up and destroying themselves, by blowing up a centrifuge plant built above ground at Natanz, in 2020, and then doing the same to a second, replacement centrifuge plant in 2021, that the Iranians had assumed would be safe because it was built 50 meters underground at Natanz; they were wrong. And Mossad has since 2010 assassinated a half-dozen of Iran’s top nuclear scientists, including — in 2020 — the most important of them, Mohsen Fakhrizadeh. That is what will keep Iran from acquiring nuclear weapons, and not a return to a grossly flawed treaty that, even when it was supposed to be fully in effect, was repeatedly violated by Iran.

Ebrahim Raisi was a Prosecutor and Deputy Prosecutor of Tehran in the 1980s and 1990s, during which time he oversaw the execution of thousands of political dissidents and prisoners. He is accused of crimes against humanity by international human rights organizations and U.N. special rapporteurs. He has already declared that, whatever Biden and Blinken may still fondly believe is possible, there will be no agreements other than a return to the JCPOA, without any changes to the text. Iran’s ballistic missile program and its regional mischief-making are permanently off the table.

President Biden and Secretary of State Blinken have now been given a hard lesson about the real world of the Islamic Republic, as exemplified by President Ebrahim Raisi: mendacious, implacable, cruel, uncompromising.

How much more will the Americans yield in Vienna to the smiling plausible public face of the Republic, the impotent Javad Zarif, before they realize it’s time to pick up their marbles and go home? The uncompromising demands of the Iranians should lead not to surrender by the Americans, but instead to a decision to keep those sanctions in place and to face down the Iranians who will, of course, be enraged that their maximalist position was not only rejected but led to a shutdown of the talks that they had confidently assumed would inexorably lead to an American capitulation, with the sanctions being completely lifted and hundreds of billions of dollars made available once again to the monstrous regime in Tehran. There is still time to reject that folly. If the Iranians continue to hold out for all of their demands being met, we know how best to unsettle Ebrahim Raisi and Ayatollah Khamenei: let’s call the whole thing off.