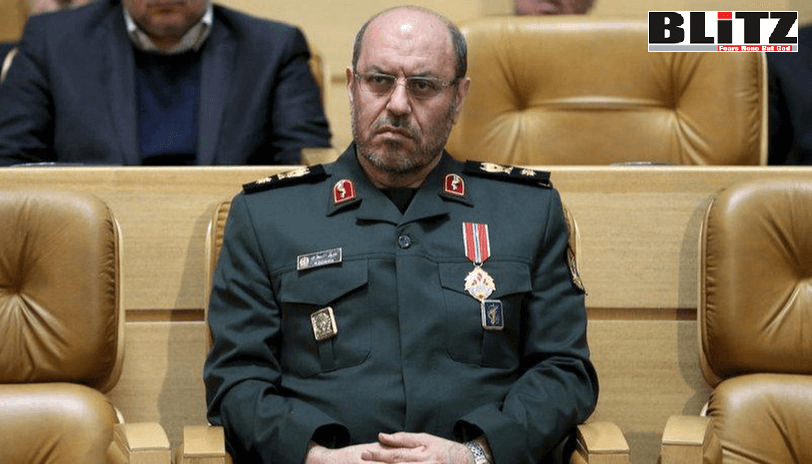 Brigadier General Hossein Dehghan, a commander of Iran’s Islamic Revolutionary Guard Corps, has announced his candidacy for the Iranian presidential elections in June 2021. Dehghan has a toxic military background. In the 1980s he was responsible for the vicious crackdown on opponents of the Islamic regime, and he played a central role in the bombing of the US Marine barracks in Beirut that killed hundreds. He may well become the new president of the Islamic regime as more military men are expected to run for the office. Writes Dr. Ardavan Khoshnood

The Islamic Republic of Iran will hold its presidential election on June 18, 2021. Although the election is in fact more of a selection, the regime’s choice will be an indicator of its domestic and foreign strategy.

The political structure of Iran is a tripartite system. The judicial branch is headed by the conservative Ebrahim Raisol-Sadati, who is believed to be in line to become the incumbent Supreme Leader´s successor. The legislative branch has been headed since May 2020 by a former commander of the Islamic Revolutionary Guard Corps (IRGC), Brig. Gen. Muhammad Bagher Ghalibaf.

Is it possible that a military man will take over Iran’s executive branch as well in 2021?

In a short video released on November 24, 2020, Brig. Gen. Hossein Dehghan officially announced that he is running for president. He claimed that he will be able to put an end to Iran’s internal political conflicts and unite the country. It is entirely possible that he will succeed, and will be named the new president of Iran on June 18, 2021.

Who is Hossein Dehghan?

Hossein Dehghan was born on March 3, 1957 in the village of Poudeh in Shahreza, Isfahan province. He is married to Maryam Tajzadeh and a father of three. He holds a master´s degree in metallurgy and a PhD in public administration from Tehran University.

At the time of the Islamic Revolution in 1979, Dehghan was in his early twenties. He promptly joined the IRGC. He was highly active in the occupation of the US Embassy and soon became commander of the IRGC’s Tehran branch, a post he held until 1982.

Dehghan was one of the individuals primarily responsible for the bloody crackdown on opponents of the newly established Islamic Republic in the early 1980s. Many of those people were put to death in mass executions the regime conducted at that time and over the following years.

When Israel occupied Lebanon in 1982, Dehghan was released from his duties in Tehran and appointed Commander of the IRGC forces in Lebanon and Syria, a post he held until 1984. As Commander, he played a central role in training and developing Hezbollah forces. In 1983, he was directly involved in the suicide attack against a US Marine barracks in Beirut that killed 299 American and French nationals.

After returning to Tehran, Dehghan held key positions like Commander of the IRGC Air Force (1990-92), Deputy Chief of the Joint Staff of the IRGC (1992-96), Deputy Minister of Defense (1997-2003), and Secretary of the political, defense, and security committee of the Expediency Council (2010-present).

Dehghan was appointed Defense Minister in 2013 during the administration of the current president of Iran, Hassan Rouhani, and held that position until 2017. In that year, he was appointed by Supreme Leader Ali Khamenei to be his military aide for Defense Industries and Armed Forces Logistics, a position he still holds.

Since November 4, 2019, Hossein Dehghan has been under sanction by the US Department of the Treasury because of his role in the 1983 bombing in Beirut.

Militarization of the executive branch

Dehghan is the only person so far to have announced his candidacy for the presidency. More names will be added over the coming months. The main question is whether the list will include more military figures.

An analysis of Iranian media over the past year on this question revealed that at least five other former and current IRGC commanders are considering running for president:

Gen. Mohsen Rezaee (former Commander-in-Chief of the IRGC and current Secretary of the Expediency Discernment Council)

Both Rezaee and Shamkhani have run for president in the past, but never before have so many former or current military commanders directly connected to the IRGC been thought to be interested in the position.

Speculations about a military man taking over the executive branch have contributed to domestic conflict. In response to objections to the idea of a military man as president, Brig. Gen. Muhammad Esmaeil Kosari, former member of the Iranian parliament and a current commander of the IRGC, said, “What has the military done to frighten the people?” Clergyman Masih Mohajeri, editor-in-chief of the newspaper Islamic Republic, replied by saying a military man as president would be “abnormal” and a sign to the international community that the Islamic Republic is in “crisis,” which, according to the paper, is not true.

It is too soon to know how events will proceed, but it is likely that other IRGC commanders will either refrain from putting themselves forward as candidates in order to benefit Dehghan or, if they do enter the race, will ultimately withdraw in his favor.

Few individuals have either Dehghan’s confidence or his unusual quality of being trusted by both so-called reformers and hardliners. The many sensitive positions to which he was appointed during the administrations of both reformer presidents like Muhammad Khatami and Hassan Rouhani and hardliner president Mahmoud Ahmadinejad are a clear indicator of this broad level of trust.

Though there is opposition to the idea of having a military man as president, the depth of Iran’s political and financial crisis might result in overwhelming support for an IRGC commander in the role.

The coming election must be analyzed with respect to the presidencies of both Ahmadinejad and Rouhani. Both have dark records of serious political and financial mismanagement. The country’s elite might therefore put its trust in Dehghan, a man with close ties to both the IRGC and the political establishment.

It is not to be forgotten that one of Dehghan’s main achievements as Minister of Defense during the Rouhani presidency with respect to national security was his signing of an agreement in 2016 with Gen. Chang Wanquan, the then Chinese Minister of National Defense. The agreement is a significant expansion of China´s influence in the Middle East as it states that Iran and China will cooperate closely with regard to counterterrorism operations and will hold joint military exercises.

The agreement with China is seen as evidence of Dehghan’s capabilities. Also, his firm position that Iran’s missile program, which is headed and run by the IRGC Aerospace Forces, will never be part of any negotiation makes him an appealing candidate for both camps inside the country.

While Dehghan’s history of violence is worrisome for foreign parties, for Tehran, it represents a lifetime of accomplishment.

Dr. Ardavan Khoshnood, a non-resident Associate at the BESA Center, is a Criminologist and Political Scientist with a degree in Intelligence Analysis. He is also an Associate Professor of Emergency Medicine at Lund University in Sweden.