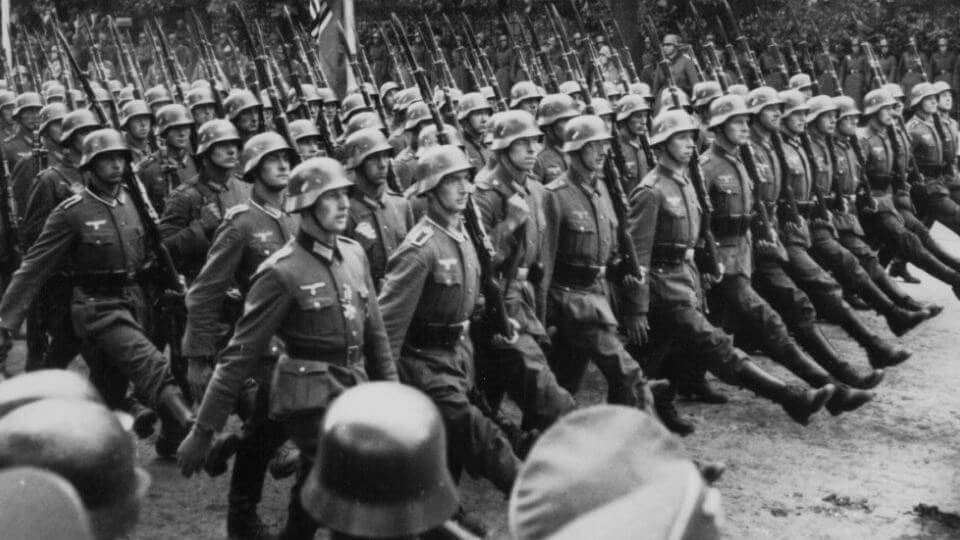 Earlier this month, world leaders gathered in France to commemorate the centenary of the end of World War I, which ushered in a century of wars and ethnic cleansing. Though the commemoration served as a unifying moment for leaders, the world is as divided as it has been since the end of the Soviet Union.

It all began on June 28, 1914 in Sarajevo, then the center of Bosnia, a province annexed by Austria-Hungary in 1908. On that day, Gavrilo Princip, a member of the ultranationalist group “Black Hand,” stood on the corner of Appel Quay and Franz-Josef Strasse eating a sandwich. The 19-year-old Bosnian Serb was part of a group of student assassins, the Young Bosnians, who hoped to capitalize on the visit of Archduke Franz Ferdinand, heir to the Austro-Hungarian throne, to Sarajevo to attend military exercises. The Young Bosnians smuggled semi-automatic pistols and handheld bombs over the Serbian border. Their first attempt to assassinate Ferdinand ended with a bomb rolling off the side of his car, killing a few bystanders.

But a motorcade carrying Ferdinand and his pregnant wife, Duchess Sophie Chotek, took a wrong turn on Appel Quay, and Princip was given a second chance to carry out the conspiracy. Two shots killed the couple and catapulted Europe into World War I.

The conflict killed millions and swept several of the major monarchies off the European continent. The Russian Empire, stretching from Vladivostok to Warsaw, broke up, losing the South Caucasus, almost the entire Ukraine, and the Baltic States, while the hinterland of the country was plunged in full-scale civil war between Reds and Whites. The mighty German-speaking world of the German and Austrian empires was shaken to its core: the German Empire and its monarchy simply ceased to exist and its territory truncated from east and west, while the Austrian empire was dismembered completely. The same happened to the Ottoman Empire.

Victorious France and Britain occupied the entire Middle East, and during the Versailles Conference (1919) did not invite the German and Russian sides to negotiate their rights. As a result, Germany was forced to pay huge military reparations and was unable to sustain its economy. The exclusion of Germany from the European peace settlement was a misstep that in large part led to the failure of the League of Nations (the precursor to the modern United Nations) and ultimately set the stage for World War II.

World War I spawned two of the most violent ideologies in world history: Nazism and Communism. These were responses, primarily, to the difficult economic situation the affected countries found themselves in following the war. All Hitler’s electoral messages had one theme – to reverse the Versailles Treaty – and the Communists had the same agenda. Revisionist Berlin and Moscow wanted another world conflict, and the Molotov-Ribbentrop pact should be seen through this lens. Ideology-driven regimes form an essential part of European history, and a number of Asian countries (China, Cambodia, and Vietnam) also saw extremists rise to power.

The destruction of Hitler’s Third Reich ought to have brought about a more peaceful world. Instead, another round of ideological conflict ensued between the democratic and communist nations led by the US and USSR. Both were doing the same things: invading foreign countries and financing local parties to topple governments in power. In the end, the communist bloc broke up and the world was once again enthralled by the prospect of long-term peace.

When the world leaders gathered in Paris this month, the question they faced was whether the world is now more stable than it was 100 years ago. There are disturbing indications that it is not. Over the past 27 years, there have been dozens of large-scale wars around the world – a world that shows many similarities to that of the pre-1914 political order.

Beyond actual conflicts, as in the pre-1914 period, we now see a number of regional powers aspiring to achieve a larger geopolitical position in their regions, a pattern that causes tensions that can have global repercussions. The rise of China in the twenty-first century, for example, is often compared with Germany’s quest for a larger position in the world order in the pre-1914 period. There are counter-arguments to this comparison, but the appearance of a burgeoning new power is itself a destabilizing factor.

Russia has increasingly stepped up its influence on its immediate neighborhood. Its relations with the West are in tatters and its economy is weak, making the regime more willing to ease the pressure through foreign policy maneuvers. More important for killing the post-Cold War order is China’s aspiration for a much bigger role on the Eurasian landmass – an initiative that goes against the US’s geopolitical imperative of keeping Eurasia as divided as possible.

Moreover, other countries in addition to China are showing themselves willing to destroy the US-led order. Iran and (to a lesser extent) Turkey stand out. The Middle East is being transformed. Washington’s ally in Riyadh can no longer contain Tehran’s hegemonic ambitions, and the US finds it increasingly difficult to manage multiple conflicts simultaneously.

The “Arab Spring,” purported to bring a new dawn of freedom and democracy to the Middle East, culminated instead in the bloody Libyan and Syrian wars that killed hundreds of thousands of innocent civilians and dislocated millions more. Because the UN cannot ensure every right of every state, big countries often bully their smaller neighbors, resulting in the persistence of large- and small-scale warfare in Central Africa, the Middle East, and even Europe itself (Eastern Ukraine).

Taking all of this into account, the world today appears as unstable as it was in the post-WWI era. One can now see the nucleus forming of a destabilization that can consume the existing world order. A revanchist Russia, a rising China, and unstable western alliances create a plethora of problems. Far from being an improvement on the post-World War I order, the world has grown considerably less safe in the past three decades alone.