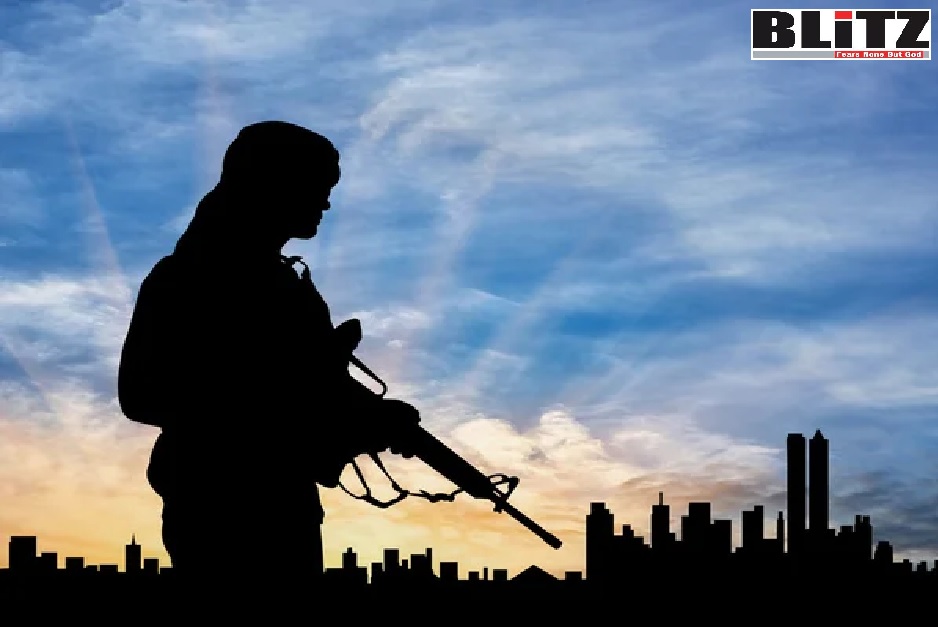 Intelligence estimates from countries working with the United Nations put the number of Islamic State affiliated fighters in Nigeria, Niger, Cameroon, Chad, Mali and Mozambique at more than 7,000, with some US and Western counterterrorism officials warning that the numbers are growing still. Writes Christine Douglass-Williams

Coalition forces managed to destroy the Islamic State’s caliphate in Iraq and Syria, but the group continues to rebuild in that region, as well as in Afghanistan (Islamic State – Khorasan Province (ISIS-K). The biggest threat Islamic State threat today, however, is in Africa, where it is proliferating rapidly and finding ways to get jihadis into the EU.

European security officials warned years ago about the Islamic State seeding terrorist cells throughout the EU “in part because the European Union failed to come to grips with a migrant crisis that opened a funnel for these jihadists.” The UK’s Express also published an article at the height of the migrant influx entitled ‘Just wait…’ Islamic State reveals it has smuggled THOUSANDS of extremists into Europe. Even CNN warned in 2016 that the Islamic State was on Europe’s “doorstep,” and had found an opening via Libya.

Open-door immigration provides a golden opportunity for jihadists, a fact that should be most obvious to just about anyone. With the Islamic State’s proliferation in Africa and the continued unvetted Muslim migrant invasion of France — then on to Britain, where many of them go via the English Channel — once-safe Western countries are now crawling with unknown numbers of jihadists. There have been and will continue to be worsening consequences over time.

Add in Taliban infiltration from the unvetted Afghan refugee influx.

If Western countries continue to be led by globalists and their reckless immigration policies, freedom and rule of law will be finished.

“Global Coalition Warns No Rest for Fight Against Islamic State,” by Jeff Seldin, Voice of America, May 11, 2022:

WASHINGTON —Nearly three years after U.S.-backed forces in Syria seized the last remaining territory held by Islamic State’s self-declared caliphate, members of the global coalition charged with eradicating the terror group warn their task is not getting any easier.

Despite IS’s loss of several key leaders and intelligence that suggests a dwindling number of fighters in the core areas of Iraq and Syria, coalition members say the reputation and ideology of the group — also known as ISIS or by the Arabic acronym of Daesh — continues to hold its affiliates together while fostering its growth.

Officials attending Wednesday’s ministerial in Marrakesh, Morocco, say nowhere is the threat more worrisome than in Africa, where a joint coalition communiqué described IS as an “evolving threat.”

“Our shared assessment of the dangerous rise of terrorist threat in Africa has led to the emergence of a tailored approach of the coalition’s support to the African continent,” Moroccan Minister of Foreign Affairs Nasser Bourita said following the meeting.

The United States, which co-hosted the ministerial with Morocco, emphasized the need to strengthen African members of the Defeat ISIS coalition with what U.S. officials have called a civilian-focused approach.

“ISIS and other terrorist groups frequently style themselves as alternatives to the state, and so it is critical that we work with our partners to increase state capacity to provide services and security to their people,” said U.S. Undersecretary of State Victoria Nuland.

“The United States is committed to working with our partners in West Africa to confront the challenges that have allowed this group to flourish. Among them, the lack of state legitimacy, persistent rights violations, and food insecurity,” she added.

Other U.S. officials have told VOA the threat from IS in Africa has become increasingly dire, with affiliates in West African countries and the Sahel finding ways to increase their numbers, in many cases simply by preying on local grievances.

Intelligence estimates from countries working with the United Nations put the number of IS affiliated fighters in Nigeria, Niger, Cameroon, Chad, Mali and Mozambique at more than 7,000, with some U.S. and Western counterterrorism officials warning that the numbers are growing still.

For all the focus on pushing back against IS in Africa, however, the global coalition, and U.S. officials in particular, stressed the need not to lose sight of the threat still posed by IS in Iraq and Syria, and in Afghanistan.

“ISIS in Iraq is a clandestine threat and a very serious one to carry out massive attacks,” Doug Hoyt, acting U.S. deputy envoy to the coalition, told VOA prior to the ministerial.

“We’re still seeing ISIS elements, really, in the seam between Iraqi Kurdistan and greater Iraq, as well as some of the border territories in Nineveh,” Hoyt said. “And I think that’s going to be a problem for Iraq until we solve Syria.” Intelligence shared by various countries with U.N. counterterrorism officials indicate the terror group has between 6,000 and 8,000 fighters spread across Iraq and Syria, with a U.N. report issued this past February describing IS as “an entrenched rural insurgency.”