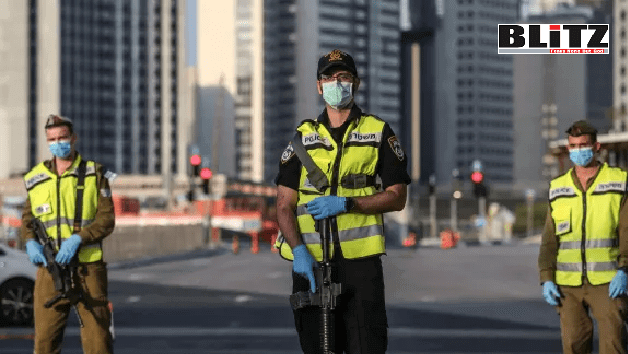 While most of the world is focused on combating the coronavirus, Israel is fighting both the virus and terrorism. Israel’s enemies are exploiting the instability caused by the pandemic in a variety of ways. In the past week alone, Gaza-based terrorist organization Hamas fired a barrage of rockets into southern Israel and Lebanon-based Hezbollah infiltrated Israel’s airspace with a drone from the Golan Heights. Part of the efforts of terrorist organizations bent on Israel’s destruction is the recruitment of Israeli Arab spies.

Israel’s security challenges are much more complex than they appear on the surface. They extend far beyond the rocket and drone attacks that are often seen on the news. Clandestine warfare takes place under the radar on a daily basis, regardless of any global crisis that might be occurring.

This invisible war contains elements of cybersecurity and espionage. Although details of this kind of warfare are highly sensitive and therefore classified, recent events shed a bit of light on some of the challenges Israel copes with on a daily basis.

In the past two months, two Israeli Arabs were arrested for spying for Iran and Hezbollah. Israeli Arabs are an appealing target for recruitment by terrorist entities as they are full Israeli citizens with unlimited access to public places and the right to move freely throughout the country. Unlike Jewish Israelis, they are even privileged with access to the West Bank territories administered by the Palestinian Authority. It is a relatively easy task for native informants to collect intelligence on Israeli military sites.

It’s likely that money is the central motivating factor driving these people to espionage. But no less of an influence for some is the ingrained ideology that seeks the Jewish state’s destruction. Of course, this is not to say that Jews never spy for Israel’s enemies. However, statistics show that the likelihood of Jewish citizens doing so is much lower than Arabs.

On March 16, an Israeli man was arrested and accused of spying for Iran (and also of having contact with the Palestinian terrorist organization the Popular Front for the Liberation of Palestine, which is based in Lebanon). He was allegedly asked by his Iranian handlers to provide detailed information on Israeli security sites, ways of recruiting Israel’s Arab population, means of deepening existing rifts in Israeli society, and means of carrying out terrorist attacks. While meeting with his Iranian handlers abroad, he is said to have received funds, training, and secret encryption tools.

Aya Khatir, a 31-year-old Israeli citizen, resident of Arara in Wadi Ara, and mother of two, was arrested on February 17 for spying for Hamas. According to the investigation, she worked for a humanitarian organization aiding poor families in the Gaza Strip. Instead of helping Gaza’s needy residents, she abused her position to funnel money to Hamas’s terror infrastructure and provide the organization with intelligence on Israeli targets for the purpose of carrying out terrorist attacks.

Efforts by Hamas to infiltrate Israeli society for the purpose of enlisting its Arab population for espionage are not rare. In January, a Hamas-operated spy ring that handled Israeli informants was exposed by the IDF. Investigations revealed that elements within Hamas’s armed wing recruited Israeli Arabs to cooperate with its intelligence services in order to collect vital information for the purpose of carrying out terrorist attacks inside Israel. It appears that the Israeli Arabs targeted for recruitment by Hamas were not chosen at random but were selected based on their familial connections in Gaza, which afforded them the ability to enter the Gaza Strip.

Terrorist organizations like Hamas are likely to step up their attempts to recruit spies. Social media platforms make this much easier as they enable terrorist bodies to reach Israeli citizens without detection. They operate numerous fake profiles on Facebook and Instagram targeting individuals based on the nature of their posts.