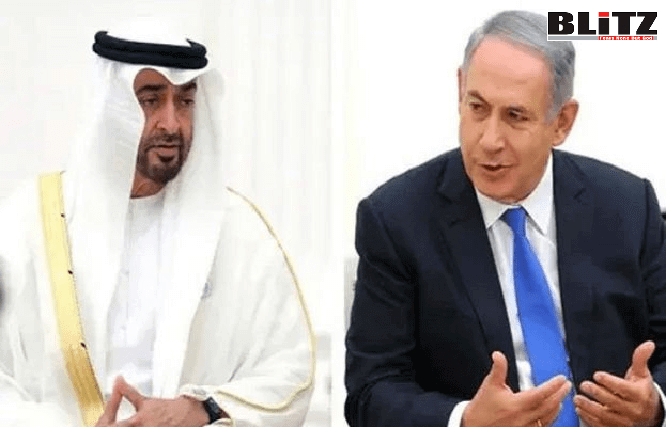 Most of the Arab nations in the Middle East are gradually coming out of their decade-old wrong-hood of blindly supporting the Palestinians and demonizing Israel. Recently a peace agreement has been signed between the Jewish State and the United Arab Emirates. Terror-patron nations such as Iran have condemned this peace agreement, as the UAE-Israel agreement will immensely help UAE in the technological and military sector, while it will also play important role in combating Iran’s evil desire of expanding terrorism through the Middle Eastern countries.

In 2002, although the Arab League had proposed recognition of Israel by all the Arab countries, a number of Arab nations have refrained from doing so, mostly because of Iranian influence and Pakistan’s dubious role.

It may be mentioned here that passports of some countries are not valid for travel to the Jewish State, which includes Pakistan, Bangladesh, Brunei, Iran and Iraq.

The explanation for Kuwait’s exceptionalism is complex. In the 1960s and 70s, many Palestinians moved to Kuwait, and the country played a formative role in their life.

Later when Saddam Hussein invaded Kuwait the Palestinians supported him, seeing him as the region’s most anti-Israel leader.

This led Kuwait to expel hundreds of thousands of Palestinians after the country was liberated by the US-led coalition.

One might imagine that Kuwait, with its many US bases and close relations with Saudi Arabia and the West, might be more flexible regarding Israel. Instead, it has been staunched in its pro-Palestinian approach and not wanting to deviate from this more hardline position.

While Kuwait has clearly opposed the Israel-UAE peace agreement, a number of Arab nations, including Bahrain, Oman and Morocco have welcome the agreement between the Jewish State and UAE. There are also clear indications of the establishment of formal relations between Israel and Saudi Arabia. In this case, Pakistani spy agency Inter Service Intelligence is getting set of playing its usual ugly role with the notorious agenda of sabotaging any further expansion of the relationship between Israel and the Arab and non-Arab Muslim nations. Most surprisingly, Pakistan, which has always been a top recipient of favors from the Arab countries, including Saudi Arabia has this time accepted the secret assignment from Iran as well as Turkey to stage terrorist activities inside Saudi Arabia, UAE and all those nations which would normalize or try to normalize relations with the Jewish State.

It may be further mentioned here that in the Arab nations, Jordan is another country that not only continues enmity with Israel but has also been openly harboring notorious Palestinian terrorists such as Ahlam Tamimi, while the Jordanian rulers are having business interests in a large number of commercial projects run by Hamas and the Palestinian terrorists. Although Hamas is banned in a number of nations as a mega-terror outfit, it has been expanding networks inside the United States and Europe mostly through individuals holding Jordanian and Syrian passports, while the members of the Jordanian royal family are directly involved into such activities.

Under the changed scenario where most of the Arab nations are gradually improving relations with the Jewish State, it is high time for Bangladesh to actively step forward in normalizing relations with Israel and immediately lift the existing travel ban.