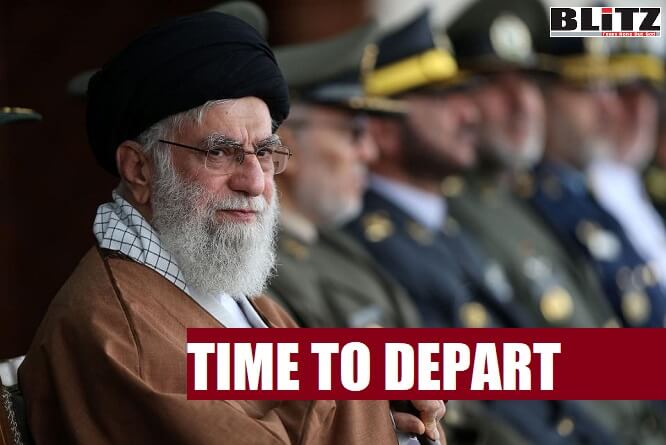 Supreme Leader Ali Khamenei is now eighty-one years old. While his health remains a closely guarded secret, his past medical history, age, and the deaths in recent years of other senior leaders have led Iranians to start considering what a post-Khamenei Islamic Republic might look like.

There are two main contenders to succeed Khamenei: Khamenei’s fifty-one-year-old son, Mojtaba, and Judiciary Chief Ebrahim Raisi. Neither can campaign openly but the nature of the Iranian system is that the Assembly of Experts, the institutional power center which officially promotes the next supreme leader is a rubber-stamp body, and so the informal campaign is more important than the formal.

Raisi’s supporters may have just fired the first shot. Last month, Gerdab.ir, an Iranian website that specializes in cyber issues, reported that the Assembly of Representatives of Students and Scholars of the Seminaries of Qom, the Coordinating Council of Cultural Centers of the Seminaries, and more than four hundred professors, students and scholars of seminaries from sixty-five cities across the country, wrote a letter to the head of the judiciary asking it to prosecute the perpetrators of the disaster of “cyber vulgarity and crime.” So far, so good: it should not surprise that religious seminaries would among the most conservative element within an already conservative Islamic Republic.

The letter quotes Ali Khamenei’s frequent statement that cyberspace should be a realm of strength for the Islamic Republic but then complains that both the Ministry of Communication and the Supreme Cyberspace Council have failed at their task. The Ministry of Communications, of course, is led by Mohammad-Javad Azari Jahromi who, at age thirty-eight, is Iran’s youngest cabinet member. Iranians often float his name as a potential future president, especially with Hassan Rouhani’s second term winding down. To knee-cap a potential moderate (in the very limited Iranian sense) may be on the hard-liners’ agenda.

The castigation of the Supreme Cyberspace Council is more interesting. Formed in March 2012 by Khamenei itself, it was meant to unify Iran’s myriad cyber-organizations and coordinate policy. For the seminary activists simultaneously to petition Raisi and complain about the failure of the Supreme Cyberspace Council to protect the public from counter-revolutionary and counter-cultural ideas carried on “television, radio, the Internet, social networks, [and] all kinds of cyberspace devices” is to criticize subtly not only the supreme leader for not backing his rhetoric with action but also by association Mojtaba.

Most analysts believe that Raisi is among the most conservative figures in Iranian politics. To put that in perspective, in 1989, the Iranian political elite settled on Khamenei to replace Revolutionary Leader Ayatollah Ruhollah Khomeini not only because Khomeini had endorsed Khamenei, but also because they believed Khamenei to be relatively neutral and weak and therefore not a threat to the internal balance of power. That alone should give pause to foreign diplomats and academics who believe revolutions naturally liberalize with time or that muddle-through reform will triumph in Iran. Raisi’s accession is still far from certain. Remember, up until a year before his death, Grand Ayatollah Hussein Ali Montazeri was Khomeini’s designated successor until Khomeini engineered a last-minute purge. The same, in theory, could happen to Raisi. Likewise, it is uncertain any cleric would emerge if the Islamic Revolutionary Guard Corps decided to exert control over the situation. Still, whether Republican or Democrat or whether a proponent of maximum pressure or conciliation, it behooves the United States to plan for post-Khamenei Iran because it appears the Iranians already are.

Michael Rubin is a resident scholar at the American Enterprise Institute (AEI). You can follow him on Twitter: @mrubin1971.